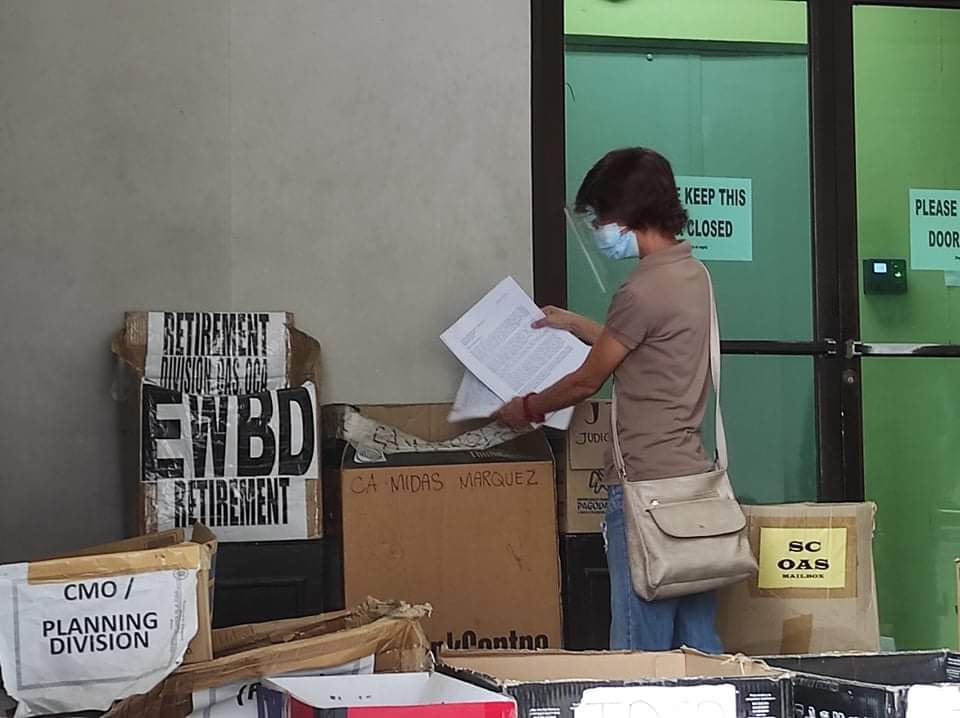 On May 28, the families of the Human Rights Day 7 (HRD7) submitted an appeal letter to Supreme Court (SC) administrator Jose Midas Marquez asking to look into irregularities in the implementation of the warrants and in their issuance and the subsequent baseless detention of their loved ones.

“We request that you look into the circumstances of the issuance of the search warrants and provide us with information on whether these warrants were the subject of prior applications from the PNP which had been denied,” the families of Joel Demate, Dennise Velasco, Mark Ryan Cruz, Jaymie Gregorio and Romina Astudillio.

“As for Dennise Velasco, the trial court has already issued a subpoena duces tecum for the search warrant application records. However, the issuing court has not yet transmitted the records as of this writing,” they said in the letter.

The Criminal Investigation and Detention Group National Capital Region and their informant applied for search warrants against the HRD7 on December 3, 2020, to which the issuing judge granted search warrants to four locations in one hearing and on the narrative of the accusers that the seven were part of a gun-running syndicate and firearms and explosives were kept in their homes.

The warrants were implemented at midnight on December 10 in simultaneous police raids where all seven decried police planting of evidence.

The signatories of the letter said the “issuing judge failed to note that the application for the said search warrants recycled the same old storyline that the police had used when they previously applied for search warrants before her office.”

“Per this story, our relatives are members of an alleged gun running syndicate, just like the “Manila 5” — a group of activists who were arrested in similar police operations in Paco on October 31, 2019 and in Tondo on November 5, 2019. Incidentally, the “Manila 5” includes still detained Reina Mae Nasino who lost her 3-month old daughter while she was in prison,” they said in the letter

Like the HRD7, they were also taken away from the premises of their homes or incapacitated to see what was happening for about an hour before the police showed the warrant and ordered the search to start only then.

Two of the HRD7 has been released, giving families of the remaining HRD7 in jail hope for a speedy trial and release.

The search warrants issued against Salem and Esparago were declared void for being “vague” as the police seized all items similar to those listed in the laptop (e.g. 1 laptop and 1 phone but took 3 laptops and 5 phones) and cited that the police seized items not included the warrant (e.g. sling bags and a thumb drive) as a “fishing expedition.”

Material inconsistencies in the conflicting statements of the police and their informant in their application of the warrant also lent doubt to the credibility of their testimonies, so much that “the court cannot formulate a coherent statement of facts,” ruled the judge.

Falsehoods that the informant gave the QC court regarding his alleged knowledge of their ‘criminal activities’ were exposed.

They were released on March 5, after the judge denied the prosecution’s motion for reconsideration.

The families of the HRD7 and various groups asserted that the dismissal of the cases and the release of Salem and Esparago underscore the need for trial judges to probe the search warrants issued by a co-equal judge, and not just accord them ‘presumption of regularity in the performance of their duties.

One other search warrant issued by Burgos-Villavert has been nullified. On March 9, Bacolod City Regional Trial Court Branch 42 Judge Ana Celeste Bernad voided the search warrants issued by Quezon City Executive Judge Cecilyn Burgos-Villavert in October 2019 against John Milton Lozande and 5 others for failure to particularly describe the place to be searched.

The court in its ocular inspection upon entry saw the address in the warrant is made up of three (3) structures that can be seen inside the compound, weighing that the warrant gave the raiding team “unbridled and thus illegal authority to search all the structures found inside the above-stated address.”

Those released on Bernad’s dismissal of the charges were among the 47 activists, workers and a journalist in Bacolod City arrested on October 31, 2019. This was the same day Agovida and Bartolo were arrested with their two kids. The Negros and Manila warrants against them were all issued by Burgos-Villavert.

SC Chief Justice (CJ) Alexander Gesmundo, during the search for the next CJ, said the “judge [issuing the warrant] cannot solely rely on the affidavits of the complainant in the witnesses they produced because that would be in violation of the Constitution, as well as the rules on criminal procedure.”

CJ Gesmundo also said then that it’s important to get records of the search warrant when charges are eventually filed against the persons searched. In the case of Reina Mae Nasino and company, the trial judge did not subpoena warrant records because, again, the issuing judge was accorded ‘presumption of regularity.’

However, the motion to quash warrant of four of the HRD7—Demate in Manila and Cruz, Gregorio and Astudillio in Quezon City—were denied as their respective courts found probable cause in the issuance of the search warrants or accorded the issuing judge presumption of regularity. A motion for reconsideration was filed in the Quezon City court.