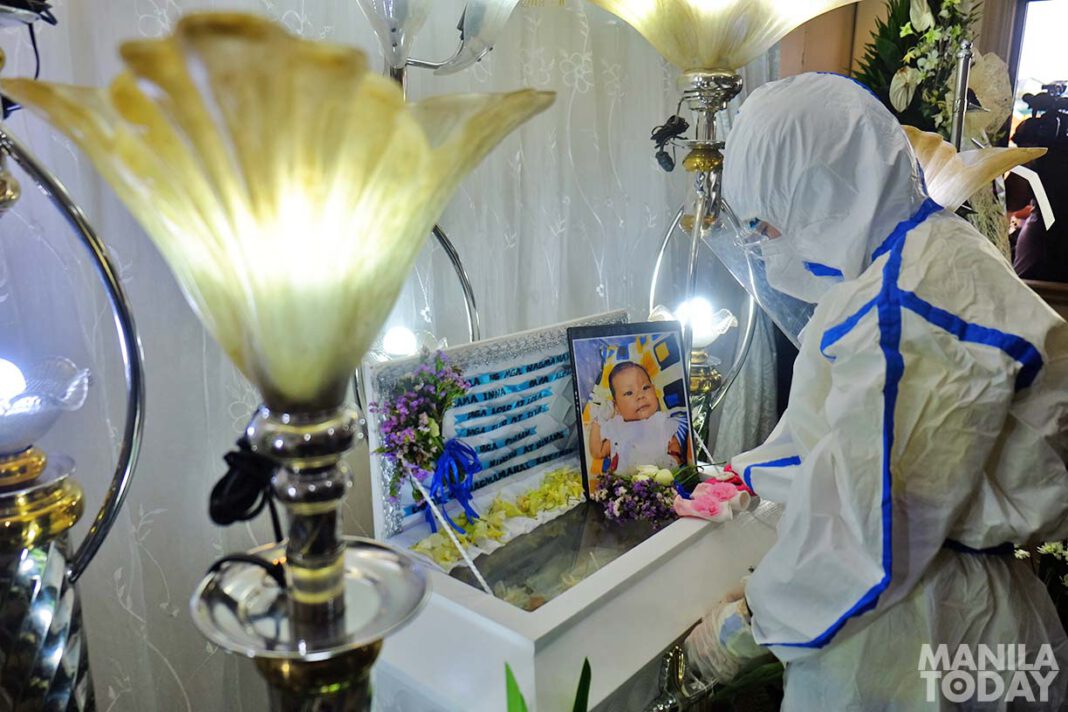 Reina Mae Nasino got to see her three-month old baby again after being separated from her since August 13. But it could not be a happy reunion. In a most unfortunate turn of events, baby River Emmanuelle has passed on after battling pneumonia for two weeks in the hospital.

River was born with low birth weight and yellow skin discoloration, while Nasino struggled with her milk supply. They tried to survive a pregnancy under jail conditions even as COVID-19 pandemic spread in the country, in jails. She only got one pre-natal check up. Nasino’s family, human rights groups and counsels for Nasino has lobbied for her release on humanitarian grounds as her pregnancy progressed.

They continued to do so when she gave birth and the difficulties in the pregnancy and lack of prenatal care had manifested in both mother and baby.

They continued to do so when River entered critical condition, once showing promise to get better, even being moved out of special care, able to feed milk, and still fighting but then turned for the worse when her lungs collapsed and was no longer able to fight the infection.

They continue to do so today, after police almost prematurely took away Nasino, one hand still cuffed, even before her three-hour visit was up as police tried to prevent Nasino from giving a statement to the media. A scuffle with wake-goers and police ensued, lawyers asserted her three-hour visit not being over yet and the court order not prohibiting Nasino from speaking to the media or making public statements.

The initial three-day furlough the court granted to Nasino was reduced to three hours for two days after the Bureau of Jail Management and Penology countered that they did not have the personnel to guard Nasino.

Manila Today counted at least 48 police personnel who escorted Nasino to the wake. There were 8 in the room, 12 outside the door and in the second floor and others were around the building and in the police vehicles.

This was Nasino’s second time to walk out of jail, the last time was in July 1 when she gave birth at the Dr. Jose Fabella Memorial Hospital. Mother and newborn were returned to jail the following day.

Kadamay Manila community organizer Nasino was arrested along with Ram Carlo Bautista of Bayan Manila and Alma Moran of Manila Workers Unity in an office raid via a search warrant issued by Executive Judge Cecilyn Villavert. Police said to have found explosives and guns in the Bayan Manila office in Tondo that led to the arrest of Nasino and two others. Nasino has been detained since November 5, 2019, and found out about her pregnancy only in jail.

Similar events happened in Negros and also in Manila days earlier Nasino’s arrest, with an activist couple and their two children arrested in Manila and more than 50 activists in Negros using search warrants issued also by Villavert. Raids using search warrants that turned up “loose firearms” was a known program of NCRPO Chief Major Gen Debold Sinas when he was top police of Central Visayas. At the time of Nasino’s arrest, he was a month into his term in NCR after his stint as Central Visayas police chief.