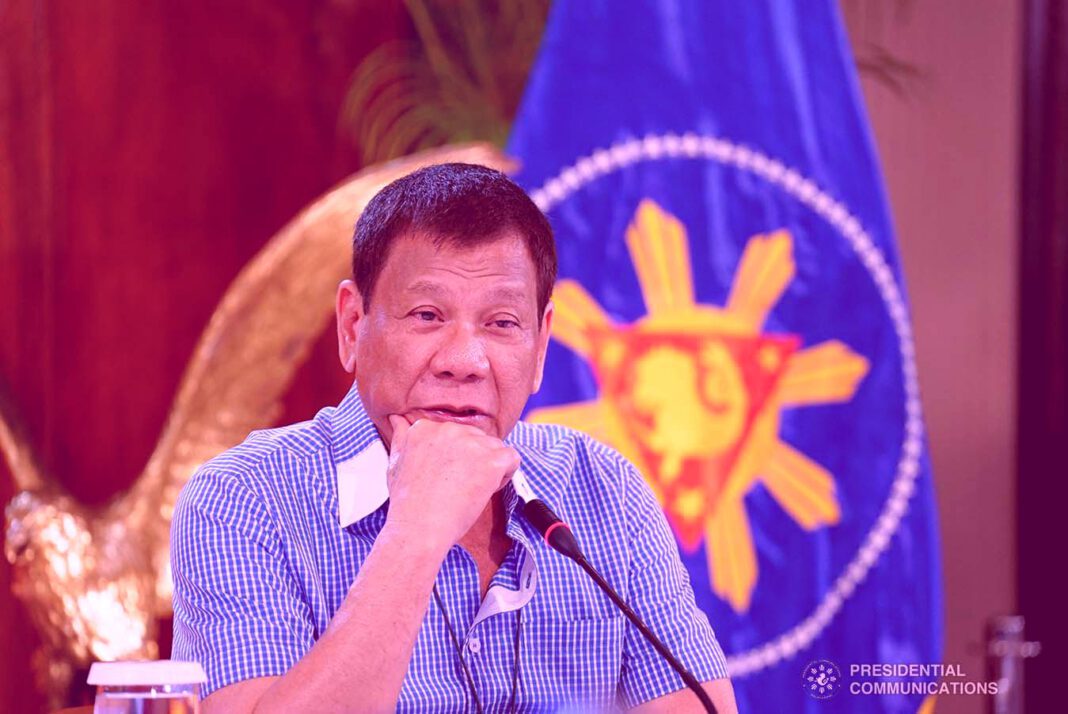 A recorded meeting of President Rodrigo Duterte with Cabinet officials was aired, today, July 21, 2020 at 8:00 o’clock in the morning.

The meeting is replete with stories of what they have been doing, targets and plans, some of which should have been done and realized in the beginning such as the isolation of COVID-19 cases that government has left most to do their own quarantine, more likely leading to more clusters of transmissions. More plans, but they are not even recovery plans yet. Results remain to be seen, but what we know for sure are that confirmed cases have reached 70,000 while positive individuals have reached almost 95,000.

He kept on reminding the people to wear face mask and maintain social distancing, while waiting for the vaccine by the end of this year. He even promised to give face mask if the people have no face mask to wear. He advised the people also to disinfect face mask with Lysol, gasoline and diesel.

In this meeting, there are more promises made by his Cabinet officials in a “promising” fight against COVID-19. Secretaries Francisco Duque III, Eduardo Año and Carlito Galvez, Jr. reported that they met the local executives (governors and mayors) and discussed four aspects of fighting COVID-19. The four aspects are contact tracing, mass testing, one referral system and Oplan Kalinga (building of isolation and quarantine facilities).

Duterte’s secretaries are praising Baguio Mayor Benjamin Magalong, recently appointed for his approach on contact tracing, which according to Duque, the tracing is made from “first generation to second generation.”

Duque, Año at Galvez reported in this meeting that they met the governors and mayors for more coordination and sharing of “best practices.” However, they did not mention that the said meeting of municipal mayors had produced a resolution to change the 1987 Philippine constitution for the foreign investors to acquire 100% ownership of Philippine properties, among others. Ironically, Duterte (who has campaigned for federalism since he ran for office in 2016) mentioned that we have benefitted from a unitary form of government during this time of the pandemic because whatever he national government says, goes.

Galvez informed the President that contact tracing is being done down to the barangay level. They are planning to follow the best practice of Baguio of tracing at least 37 contacts to each COVID-19 patient.

Duque said that the target really is that not one more should die. As of July 31, the Department of Health (DOH) has reported 1,837 deaths. Only two were reported today—but one of these deaths occurred in June. The number of deaths do not include suspect COVID-19 deaths, that National Task Force COVID-19 Chief Implementer Galvez said early July that there were at least 3,500 who died but were not tested.

Duterte is still hopeful China will provide vaccine as China is leading in discovering the vaccine for COVID-19. After pinning hopes on the vaccine as some end-all solution to the COVID-19 response of government, he said he still has to find the money He said that he is going to sell government (public) lands and the proceeds will be used to purchase the vaccines.

Galvez gave hope that with the four approaches the government can cope up with the plan to open the economy of the country. But still the results of these approaches remain to be felt in the future as COVID-19 infected cases continue to rise, and even after four months of varying quarantine protocols including a two-and-a-half month lockdown.

Without clear plans for the people to be able to resume life with dignity, the people must ask, for whom is the opening of the economy?

Opening the economy looks like fulfilling promises to foreign investors with the move of the government for charter change and Public Service Act allowing foreign ownership in water, electricity, telecommunications, power, etc.. Charter change will be more promising to the current oligarchs, bureaucrat capitalists, landlords and warlords to hold power beyond 2022 and forevermore.

The government has asked to put our lives on hold for months—and we have abided. The little violations owing to socioeconomic difficulties they treated as crimes and used to blame people for the rise in cases. They gaslighted the Filipino public despite them having control of hundreds of billions of people’s money to resolve this crisis, while so many families do not know where to get their next meal.

Even the recovery plans or legislation of the administration has not been tabled. We are in much worse times than before or may just be reaching the peak, experiencing during this month cases from 1,000 to 2,000+ when before we reel with 300+ in a day.

Now they are going to face the problem of whether their lack of competence of facing the COVID-19 pandemic will now contribute to derailing the education, welfare and future of children and youth as the school opening looms.

Before the meeting ended, Duterte opened statement with: “My countrymen, we continue to meet regularly to talk about our problem. Perhaps our number one problem today is the COVID.”

This statement left a lot of people confounded. Have not we known this for the four months we have been in varying quarantine protocols?

At least Duterte admitted that the number one problem is COVID-19. So why is this administration going off passing draconian laws such as the anti-terrorism law, or enforcing political whims such as the shutdown of ABS-CBN?

Listening to this “edited” meeting, the people remains wandering on how to deal or cope up with their daily problems of no work, lack of assistance and the threat of being infected by COVID-19. That meeting still a promising for more promises.

“Wear mask and maintain social distancing o not to go out,” he said.

With this situation, the resistance of the people to charter change and other anti-people government policies will be met with cruelty and brutality in the name of violations of the Terror Law which is now being implemented without the Implementing Rules and Regulations (IRR) and petitions in the Supreme Court are yet to be resolved.

The promise of a “new approach” in the mass movement will also give new impetus not to change the constitution, but to change the decadent system of the Philippine society. The people must pray that with the recent pronouncement by the Roman Catholic Bishops, criticizing the Duterte administration’s response to COVID-19, the “new normal” will give birth to a “new situation.