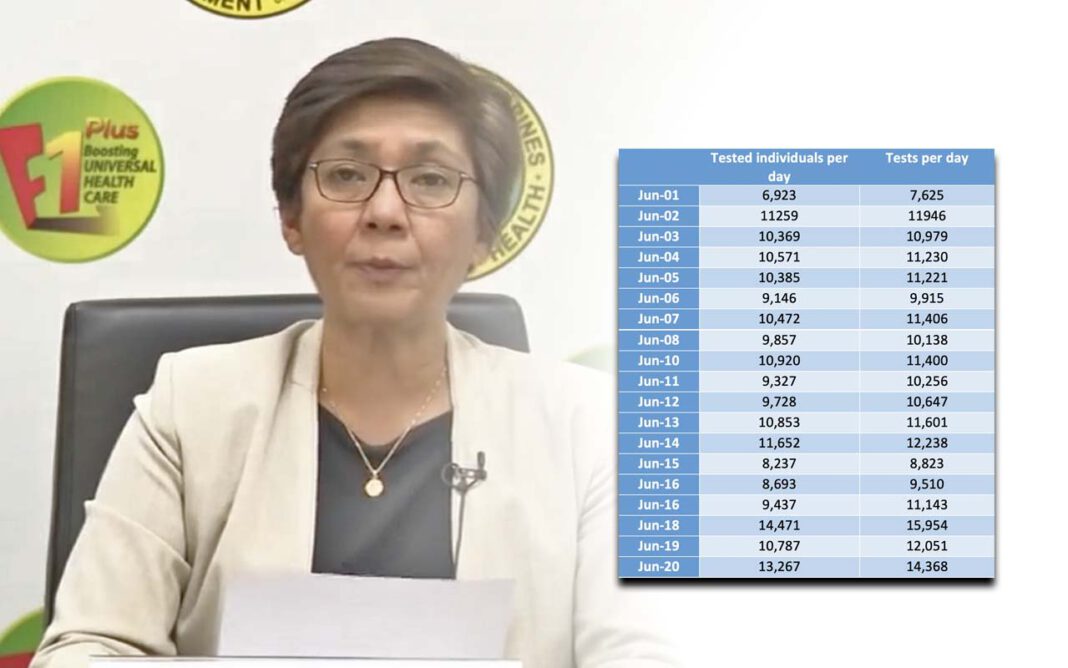 On June 23, the Department of Health (DOH) said the country is now able to test more than 12,000 samples from suspect COVID-19 cases every day.

“We are averaging 12,000 to 13,000 tests per day,” said DOH Usec. Maria Rosario Vergeire said during a media briefing on Tuesday morning.

She said the exact average was around 12,400, although the testing number fluctuates daily.

A look at the government’s testing data this June, or in the last 20 days shows a slightly lower average at 11,182 tests done per day and 10,334 tested individuals per day. 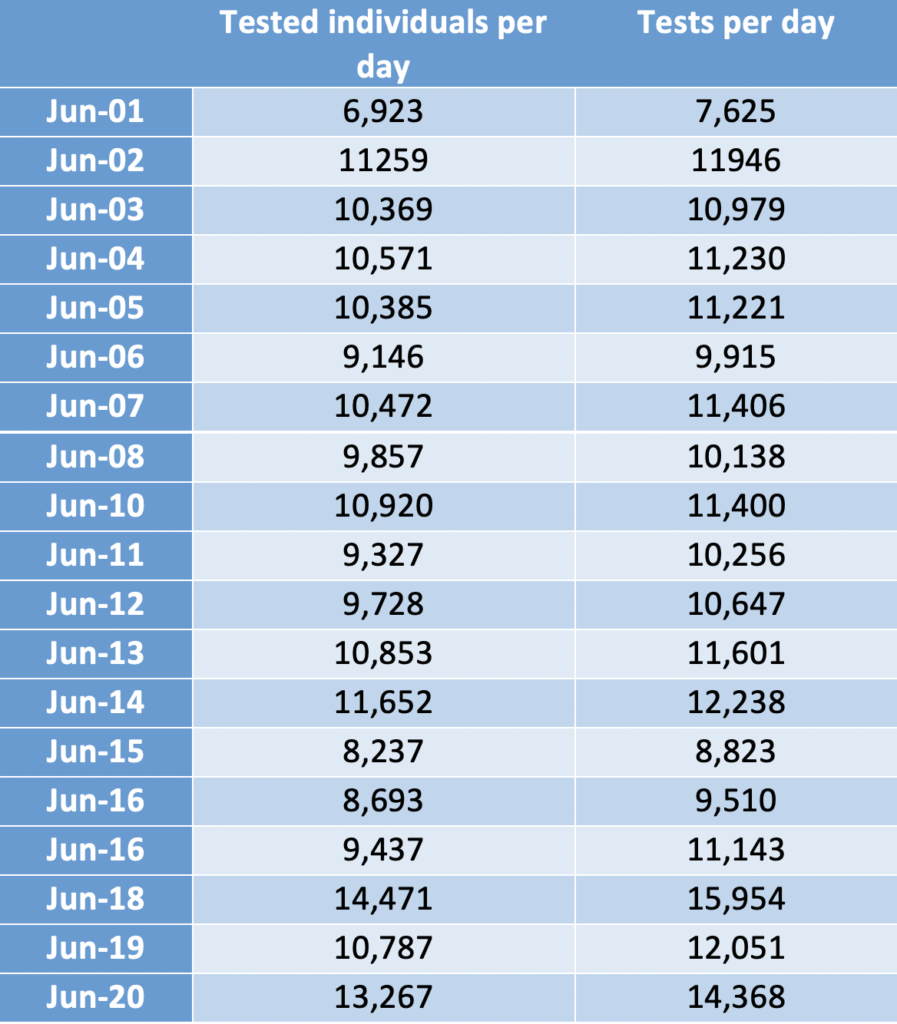 Vergeire said the targets is still for actual tests done and not just “rated capacity,” which is now at 50,000 tests per day.

Rated capacity refers to the possible number of tests that all of the government-accredited COVID-19 laboratories can run, not yet taking into account operational problems.

The DOH reported to President Rodrigo Duterte in the NTF meeting and the president’s public address on June 22 that there are already 63 accredited laboratories.

Testing backlogs are still 4,173 by June 21, according to the DOH’s Beat COVID-19 Today: Philippine Situationer.

Validation backlogs, the difference between cumulative positive individuals (now at 38,500) or those who have tested positive against the confirmed cases DOH reported (31,825 on June 23), is around 6,675

National Task Force COVID-19 Response (NTF) Deputy Chief Implementer Vince Dizon said on June 4 the government targets to increase its testing capacity from the 30,000 per day by May 30 to 50,000 per day and is now currently at 42,000. He said the actual tests done, however, is only at 10,000.