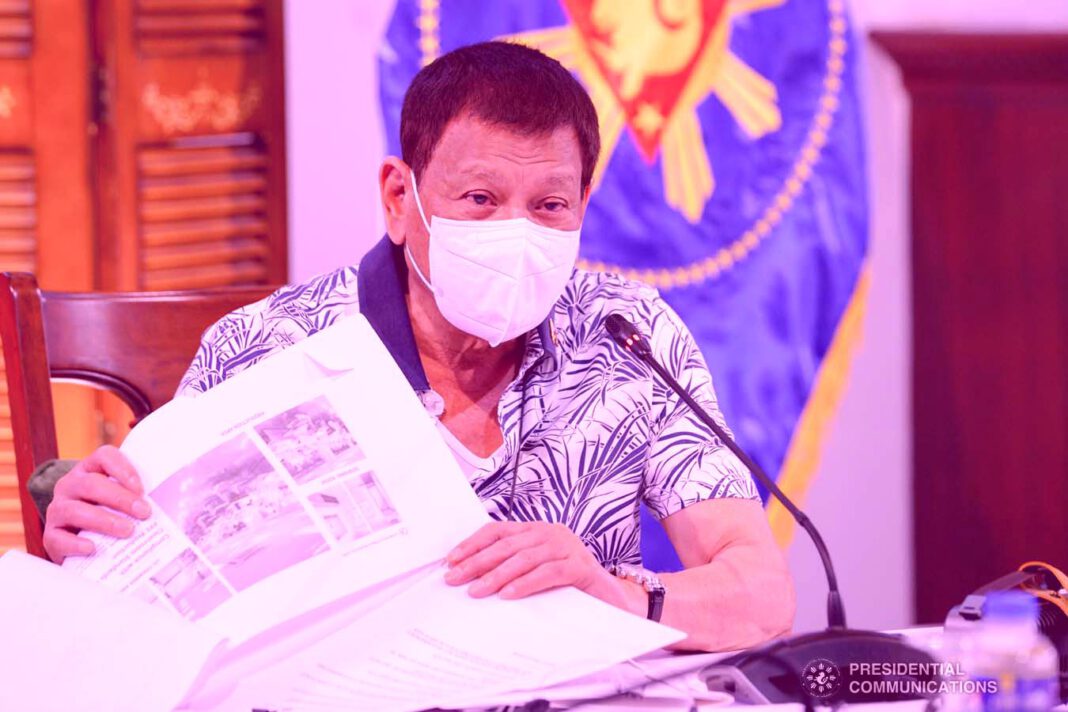 Last night, August 10, President Rodrigo Duterte’s public address to the Filipino people was aired. It was still a story of hoping for a vaccine as a solution to the mounting problems the government has brought on themselves. His story at this time is the “letter” he received from Russian President Vladimir Putin on Russia’s intention to help the Philippines by to prioritize the country to sell their COVID-19 vaccine.

[When the vaccine arrives, I will have myself injected in public. Experiment on me first, that’s fine with me.]

Duterte — who has called President Vladimir Putin as his “idol” and who’s seeking to boost ties with Russia — added that Manila can assist Moscow in clinical trials and local production.”

“Some medical staff and city government workers in Moscow are being offered the opportunity to inoculate against the coronavirus as Russia is poised to register what it says is the world’s first Covid-19 vaccine,” the report said.

It is in this spirit that President Duterte told a story in his latest public address.  Still, he wanted to assure the Filipino people to wait for the vaccine, at this time not in December, but by September-October.

He is compelled to adjust the date as he is worried about the country’s financial status. There is no more money. Thus, he cannot afford to give aid during lockdown or cannot afford the lockdown because he has no aid to give.

It is hard to trust the word of a president who brought us in the worst COVID-19 and worst economic situation in Southeast Asia, still hinging the lives of the Filipino people on tentative plans premised on some other country’s plans or efforts for the vaccine. Worse, this time has seen the worsening human rights situation and ever-increasing tyrannical rule. As Duterte is forced to appease the people, he is forced also to tell a story which is not really an assurance of COVID-19-free Philippines by December 2020.

In his previous public addresses, he praised China for the vaccine. Now, he is thanking Russia’s offer. Whether this is true or not, the reality is that the Philippines is in the quagmire of economic recession and worsening COVID-19 cases.

The vaccine is not so near here even as Russia said they already have it today.

Russia said the vaccine is there now and have been approved by their Health minister, that they hoped to launch mass production within the weeks and turn out ‘several million’ doses per month by next year.

Some pharmaceutical companies explained how even if Russia’s vaccine arrive in the Philippines this week, the government’s Food and Drug Administration has 30 days to approve this, would require three to six months of clinical trials (that being ideally quick already) and with other processes, the earliest it could be available is in February. And that is very ideal, more likely unlikely.

The Inter-Agency Task Force on Emerging Infectious Diseases (IATF) admitted that the National Capital Region cannot afford to have the Modified Enhanced Community Quarantine (MECQ) extended beyond August 18. This was said on the day the country posted the highest number of cases since March. Seemed like the premise for the imposition of a lockdown could be changeable.

The IATF operators do not worry about their situation. They are not affected by this pandemic and economic crisis anyway. The wealth of this country is now more concentrated on the hands of the bureaucrat capitalists and corrupt government officials. They are worried about the people who will not just accept this continuing agony of no concrete plans to address the pandemic. Five months of having extended lockdown is unbearable to those people who are poor, jobless and marginalized and even to a substantial section of the middle class.

Duterte and his Cabinet officials, operating with their blinders and penchant for militaristic solutions, could not help but hear or mind the disdain or disgust of the people, while they have long been numb to their suffering. While Duterte wanted to appease the people with a solution that is not there yet, like any fascist, he threatens to use the military against the people and continues to lay down the foundations to quell any possible or future dissent.

It is a matter of time, as Duterte said “fullness of time”, that a big protest against the incapability of the government would happen. It must be expected in the nearest future.

The people can expect of the Philippine Churches to join them. When the people are suffering, God call His servants to rescue them.

In Exodus 3:7-10 (NRSV), it says: 7 Then the Lord said, “I have observed the misery of my people who are in Egypt; I have heard their cry on account of their taskmasters. Indeed, I know their sufferings, 8 and I have come down to deliver them from the Egyptians, and to bring them up out of that land to a good and broad land, a land flowing with milk and honey, to the country of the Canaanites, the Hittites, the Amorites, the Perizzites, the Hivites, and the Jebusites. 9 The cry of the Israelites has now come to me; I have also seen how the Egyptians oppress them. 10 So come, I will send you to Pharaoh to bring my people, the Israelites, out of Egypt.”