Home NEWS How can Randall Echanis have been killed in dead of night while... 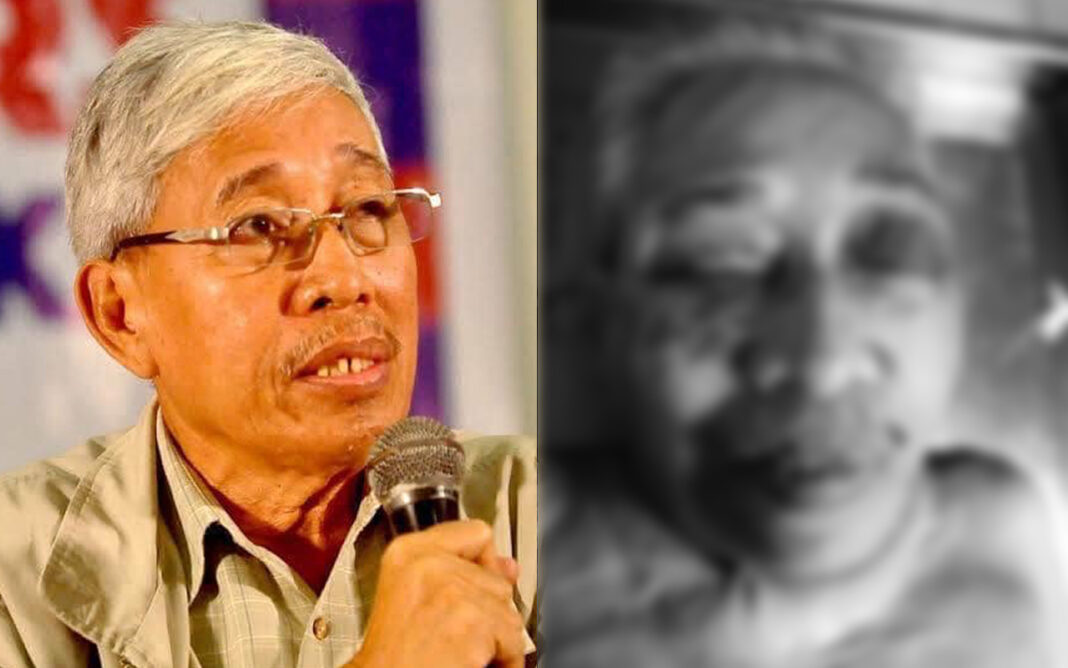 What is naggingly wrong with the picture?

This is the question posed by National Union of Peoples Lawyers (NUPL) President Atty. Edre Olalia on how the killing of peasant activist Randall Echanis could have transpired on August 10 while Metro Manila has checkpoints and strict curfew due to the modified enhanced community quarantine imposed from August 4-18.

“A peasant leader and peace advocate brutally murdered reportedly with a gunshot in the head and allegedly with more than 20 stab wounds and possibly tortured by 5 armed men in the dead of the night, with plenty of armed police and barangay in street corners, and his neighbor who probably witnessed the grisly murder also silenced,” narrated Olalia.

The police then snatched away from the family the remains of Echanis on August 10. This happened even after the Philippine National Police’s own medico-legal and crime lab personnel Dr. Analee Palima conducted the physical examination of the cadaver for the purpose of issuing the death certificate, in turn for the Pink Petals Funeral Homes to release the remains to the family.

“His cadaver is snatched from a funeral home close to midnight and whisked away by 10 policemen to another funeral house claiming there is no “release order” and that he was “kidnapped” by his own kin and lawyers right in the presence and under the noses of the police in their highly secured camp,” continued Olalia.

Anakpawis legal counsel Atty. Luchi Perez, who the police accused of evasion of arrest, and Anakpawis paralegal officer Paolo Colabres, who watched over Echanis’ corpse and the police arrested, charged and threw in jail for “obstruction of justice,” were present in the medico-legal examination and Perez signed the death certificate.

There has been a scheduled autopsy to be done by the Commission on Human Rights in coordination with Dr. Raquel Fortun to be conducted at the UP Philippine General Hospital today, August 12.

“[Echanis] fingerprints taken for identification instead of the assailants in the crime scene because of a mysterious ID that came from who knows where,” said Olalia.

‘Fiction pales in comparison’, Olalia described of the developing story on Echanis.

Witnesses interviewed by ABS-CBN News narrated how the masked perpetrators of the crime could have left Echanis’ and Louie Tagapaia, the neighbor killed, at around 1:45am. A neighbor found them bound and dead. The barangay officials and police operatives showed up on the scene hours after and the body was removed past 4am.

The Quezon City Police District (QCPD) earlier insisted that Echanis was not one of the two killed in a rented house Novaliches past 1am, but a Manuel Santiago from the identification cards (ID) taken from the scene.

QCPD director Police Brigadier General Ronnie Montejo said investigators verified the identities of the victims through IDs and matched the photos with the victims’ faces.

Showing the face of the killed Echanis on their Facebook page, Anakpawis belied claims by the PNP that the one killed is not Echanis.

“Contrary to police claim that it was not Echanis and a certain “Manuel Santiago”, the family has positively identified the lifeless body, which bore torture marks, two gunshot wounds, and multiple stab wounds, as Echanis,” the group said in their post.

The police continue to hold Echanis’ remains in Pink Petal Funeral Homes because according to them ‘the identity has yet to be determined.’

URGENT! The police are trying to hold Redemptorist’s ecumenical mass being held in front of the Pink Petal Memorial where Ka Randy Echanis’ remains are being withheld. According to them, it is a “violation” of the MECQ. pic.twitter.com/cmdS9FYAH0

Anakpawis has insisted that suspected state forces killed Echanis, National Chairperson of the group and a well-known peace consultant who participated in four rounds of talks between the National Democratic Front of the Philippines and Government of the Philippines under President Rodrigo Duterte from 2016 to 2017.