Home OPINION SEA Games, The Aetas, and Other Convulsions 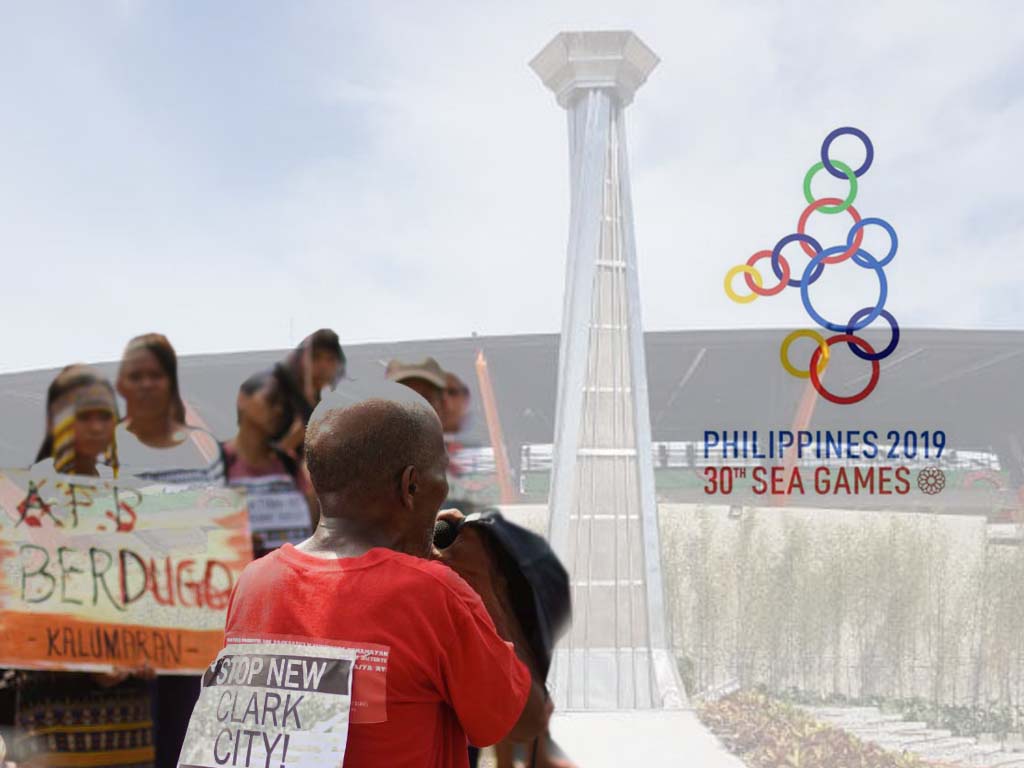 An occasion as demanding and sensational as the SEA Games comes inevitably with convulsions and contradictions. Behind the façade of the patriotic slogan “We win as one” and of the excessively extravagant “work of art”—as judged by the nation’s art enthusiast Alan Peter Cayetano—the Cauldron are the same old anomalies which seem to easily escape the public eye.

The blunders fill up volumes. Starting with the questionable budget which involved billions of pesos that flowed smoothly from state coffers to a private foundation managed by the nation’s art enthusiast.

Senators Lacson and Drilon expressed their dismay and encouraged an inquiry into the somewhat fictitious expenditure.

Lacson compares the budget transfer to the notorious pork barrel scam of the Napoles case.

“Remember,” Lacson warns, “individuals had been charged and convicted using a private foundation as a repository of public funds,” as though prophesying the fate of those involved in the SEA games management.

Drilon on the other hand makes a sentimental but righteous case against the 50 million cooking pot, excuse me, cauldron:

“Do you realize that at one million (pesos) per classroom, we can construct 50 classrooms? In other words, we did away with 50 classrooms in exchange for one ‘kaldero’.”

The prize of the cauldron is indeed excessive considering the poor quality of school infrastructure in the country as the World Bank report on Basic Education in the Philippines documents the distressing shortage in classrooms:

In defense of the cooking pot, excuse me, of the cauldron, House Speaker Cayetano accords to it the label of “a work of art”, lifting our spirits as:

“we see the athletes, we see the burning flames that represent hope and the fighting spirit. We think it is just appropriate.”

Marshalling behind Cayetano, Joey Salceda, lawmaker and ally of our dear leader, affirms that:

“the cost looks reasonable, it comes across as Imeldific and grandiosity.”

Imeldific alludes to the most luxuriously contrived form of robbery in our modern history: the excesses of the Marcos era. Imeldific is also a euphemism for thievery in a grandiose style. Note the sly words of Salcedo—“the cost looks reasonable”—50 million pesos for a cauldron—as though pronouncing some personal act of unobtrusive public service within his department.

When state officials talk of works of art they sound as though they are dealing with livestock rearing from the economic point of view, advocating samples of henroost and sty products. The general feeling is that our politicians have poor, unrefined taste and underdeveloped sense of what could be considered as a work of art. I take my hat off to anyone who has moved on from the terrifyingly unimpressive and highly unimaginative logo design of our SEA Games. The logo seems to strike the outsider as if the Philippines were in extreme shortage of artists and imagination. Just as the logo defy any artistic worth so is the controversial cauldron unworthy of such price.

We, ordinary citizens, who are not so gullible as to be persuaded feel robbed by this arrangement. Instead we see “the burning flames” consuming the millions of pesos of tax payers’ money as “hope and the fighting spirit” turn into anger and helplessness. An in depth investigation by the Rappler team into this matter makes the whole affair, contrary to Mr. Cayetano’s rendition, inappropriate.

While our hearts wrench from the duty to support our athletes, the day prior to the sporting event climate strikers composed of the youth from different schools and organizations around Manila took to streets to appeal to our duty to the environment. Kyle Atienza of FEU Global Climate Strike remarked:

“It is time to ask, to criticize our current development design. Is it development if it destroys the environment?”

One such development is the momentous occasion in question. The chief destruction of this event consists in the forced displacement and uprooting of indigenous Aetas in Capas, Tarlac.

“The ancestral lands of the Aetas,” wrote Joy Therese Gomez of the online journal Nolisoli.ph, “what was once a peaceful place where farmers and tribes could plant food and roam around freely—a place where they could be with nature and with their own nature—has since been bombarded with trucks and bulldozers for urgent reformation a hosting site for a multisport event and ultimately, a utopian metropolis.”

It is this current development design that proceeds at the expense of the original inhabitants of the land from whom we should learn the just preservation of the environment. Development has no qualms in the ruining of indigenous communities and upsetting of ecosystems if enormous profits are at stake. The philosophy of development and growth has for the last hundred years brought oppression and the erosion of indigenous rights. The organization League of Filipino Students calls the event “a game of destruction and plunder”:

“With aggressive capitalist development comes the benefit of the elite, which is juxtaposed upon more tragic costs such as the erasure of indigenous identities, the displacement of families, and the destruction of well-preserved land that is used by its indigenous residents as a means of livelihood.”

While we are bagging gold medals in this much anticipated event the plight of the Aetas is not news worthy. Their land desecrated, their land lost—considering their incalculable suffering and the mismanagement of our taxes all this SEA Games affair becomes silly, superfluous, unnecessary.

We are a nation of fanatically sports-obsessed spectators. Sports alongside beauty pageants is a national fetish. Athletes have evolved into celebrities, and we adore celebrities. Sports spectacle, like telenovelas, stimulates the public appetite for sensation without giving it much to feed on. There is nothing intrinsically wrong with celebrating sports as bombastic as the SEA Games; what could go wrong is the distortion of our national priorities.

Think of all the money and energy that has been sunk at the expense of the helpless Aetas, at the expense of our pockets!—when all this enormous expenditure could have been put to humane use: healthcare, education, infrastructure, agriculture, and genuine sustainable development. A great amount of the funds could have been used to rebuild the war-torn city of Marawi and the protection of indigenous peoples and the preservation of their ancestral lands.

Regarding priorities there is before us a crisis one which permits not prolonged conferences. A country like the Philippines which is geographically vulnerable to the changing weather it would be to the benefit of our future and the future of our children and grandchildren if we hurry off with the climate protesters to avert an impending catastrophe.

Carlo Rey Lacsamana is a Filipino born and raised in Manila, Philippines. Since 2005, he has been living and working in the Tuscan town of Lucca Italy. He regularly writes for journals in the Philippines writing on politics, culture, and art. He also writes for a local academic magazine in Tuscany which is published twice a year. Some of his writings have also been published in small magazines in the U.S. and UK.