Groups trooped to Mendiola–a historic protest center meters outside the gates of the Malacañang Palace or the seat of the president. Protests at Mendiola are directed to the president. 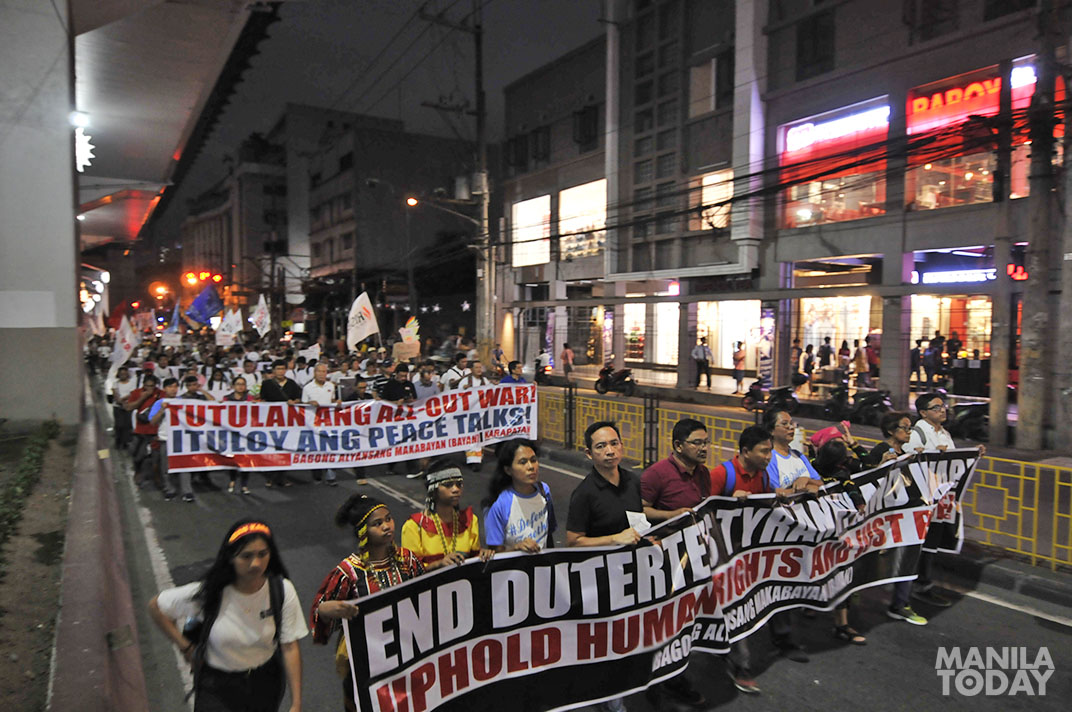 Protesters hold Christmas trees, gift boxes symbolizing President Rodrigo’s Christmas gifts to the people, such as low wages and ‘criminalization of dissent’ with the ballooning numbers of political prisoners three years into his term. 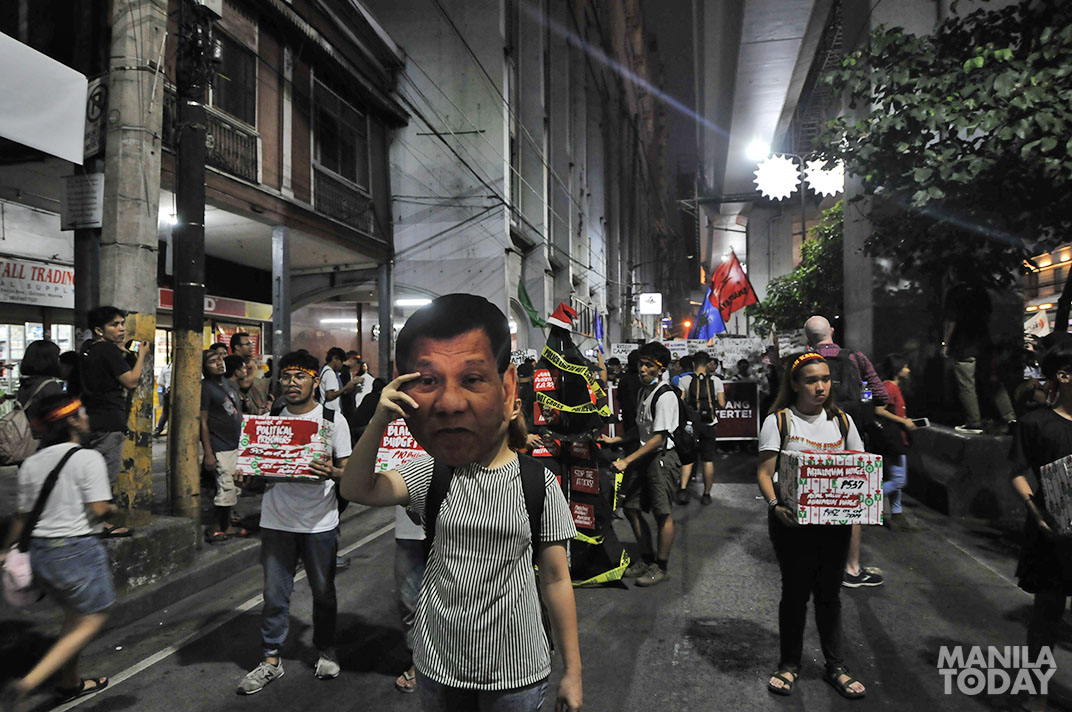 UgatLahi Artists Collective created the massive ‘halimaw sa cauldron’ effigy that depicted the president as the fictional monster ‘halimaw sa banga’ (monster in an earthen jar), an icon in Philippine horror films, but is instead contained in a representation of the controversial P 50-million South East Asian Games cauldron. 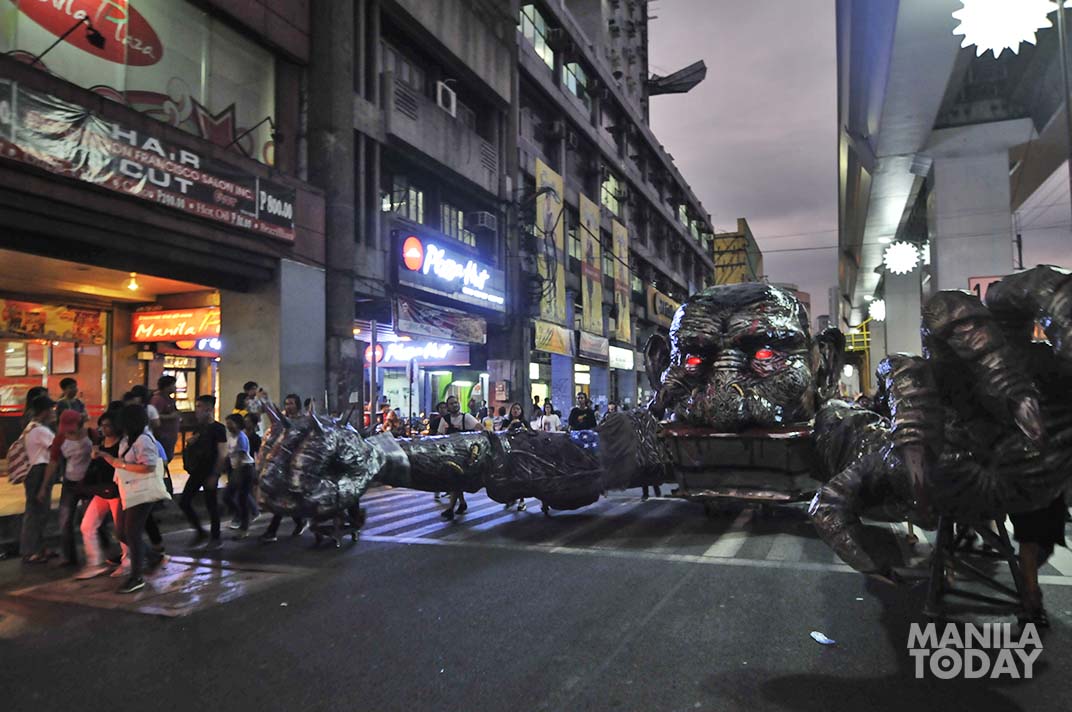 The effigy was burned at the end of the rally. 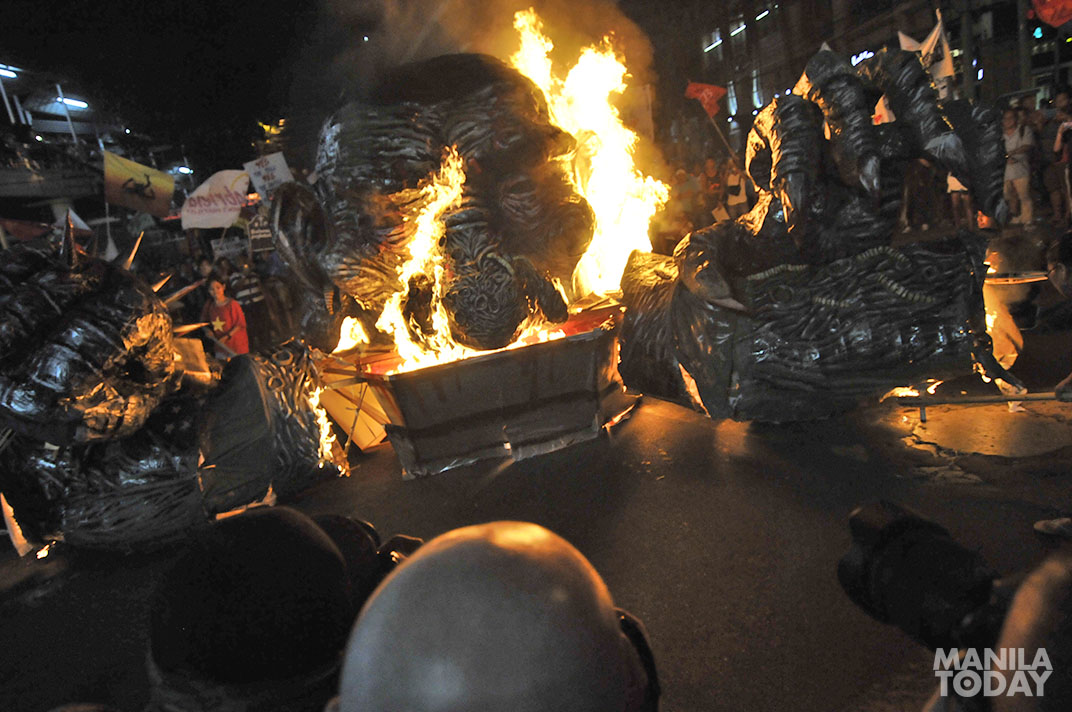