Home OPINION Listening to a ‘tired’ President is tiresome 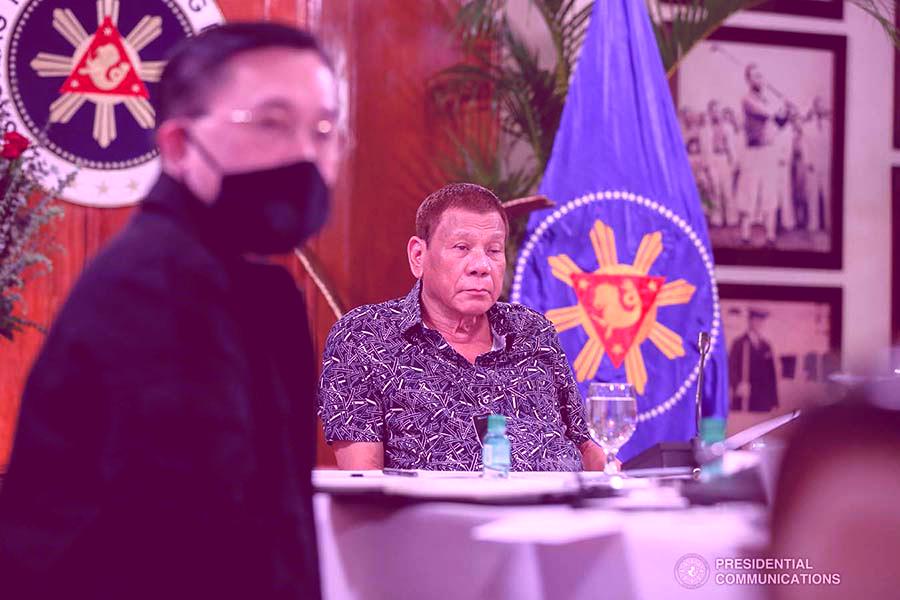 Late night of June 30, the meeting of the Inter-Agency Task Force on Emerging Infectious Diseases (IATF) with President Rodrigo Duterte was aired. In general, the meeting is just a repetition of the Duterte’s concerns in previous meetings.

He allowed two cabinet members to report but in the middle of their reports, he intervened to inject his opinion and he did not allow them to continue.

First, Department of Health Sec. Francisco Duque III was called to report. Duque reported recommendation of the IATF about the status of lockdown of the cities, regions and provinces around the country. Duque read his report. Duterte interrupted Duque and he repeated the report of Duque by reading the same paper on the status of lockdown, like Cebu City remains under ECQ, NCR and other regions are under GCQ and the other regions and provinces are under MGCQ.

Duterte asked Department of Finance (DOF) Sec. Carlos Dominguez III to report on the economy.  Dominguez enumerated “some successes” of the Philippines like to have reached of the status of “upper middle income country” if the COVID-19 crisis has not stop its course—which is now hypothetical at best. Then, Duterte cut the report of Dominguez by expressing his anguish on economic crisis of the country.

Ironically, instead of allowing the DOF secretary to give concrete plan for economic recovery, Duterte said that the government is responding to the crisis. But he said, “Kung maaari lang huwag na ho kayo munang lumabas” (If you can do not go out.). It seems that the answer of the economic crisis is staying at home.

In that meeting, Duterte has shown to the public that he is tired. In reciprocity, he must know the public is also tired with his midnight airing of public addresses and on-the-deadline announcement of quarantine protocols. His rants and lack of concrete plans are also tiring and tiresome.

This writer had written that Duterte’s administration is hoping for a miracle, a cure or a miracle pill to resolve the public health crisis—while they manage it as badly as they could with the hundreds of billions already taken out of the people’s coffers and local and foreign loans for COVID-19 response.

Duterte’s gaslighting people for the failure of government response is tiring.

He expressed his usual rants, blaming the people of not following orders “not to go out” so that the virus would not spread. He always mention Cebu City. “Kamong mga Cebuano, gahig ulo (You, Cebuano are hard headed). Marami sa inyo ang hindi sumunod,” (There are many of you who did not obey).

He mentioned of Talisay City in Cebu which is not under ECQ. “Kung ako ang mayor dyan, ipasok ko kayong lahat sa kulungan,” (“If I am the mayor there, I would put you all in jail).

“Manila (Metro Manila), sumunod sila (they follow). They have a good chance, at least, of avoiding,” Duterte said.

This is despite that, based on data, cases in the National Capital Region (NCR) continue to rise. There are a total of 18,308 confirmed COVID-19 cases in NCR,  of which 10,923 (60%) are active cases. There were an additional 211 cases, 6 deaths and 64 recoveries on June 30 in Metro Manila. This is still a far cry from the 7,585 total cases in Central Visayas, where Cebu City was placed under ECQ. This is not making a case to place Metro Manila under ECQ—but to show how it has gotten worse everywhere.

Cases spread to the whole country after Duterte and his former aide and now Senator Christopher ‘Bong’ Go’s Balik Probinsya, Bagong-Pag-asa Program. They lauded their own idea, despite inflicting so much suffering and indignity upon stranded OFWs (even issuing a gag order against them publicizing their plight) and locally stranded individuals (that is still very much a big problem to this day) and haphazard implementation for the sake of covering up the glaring problems and indignities. And then places who did not have COVID-19 got their first cases.

Following Duterte’s flow of thought, one is sure to get tired of listening. In the middle of the discussion about the status of the health situation, Duterte told his listeners that he disbanded the Pasig River Rehab Commission. This is not news—he did this in November 2019 through an executive order.

“It is better to rely with Gen Cimatu. At least nawala na ang basura (the garbage are gone). I sent Gen. Cimatu to Cebu to check the situation there,” he added.

Then, Duterte mentioned the J&T cargo carrier. He said, “You better shape up. I am ordering now, CIDG, NBI, yong mga padala nawawala (those shipments are missing).”

He instructed those who complained to go to the police station and file their complaints.

Then, Duterte called attention to the stranded passengers at the airport who are sleeping outside the airport terminal. He instructed that airport police to help them. “Tulungan ninyo, bigyan ninyo ng upuan.” (help them, give them seats). As if it is not government who is ultimately responsible to help them.

[That NAIA, whoever made the design, stupid, no chairs. There are restaurants outside, remove this, place chairs, there are too few using chairs, only a few are going to the restaurants, just buy hamburgers).

He also asked Department of Interior and Local Government Sec. Eduardo Año to transfer the stranded passengers to Airport Terminal 1 with meal provisions.

“I will pay, just bill me,” Duterte said. No, he will not pay out of his own pocket. He will take it from the people’s money, from the government budget, possibly the billions allocated to his office. Not his own money.

At least, in that meeting, Duterte admitted of “failure of the government” to provide basic services of the people. He mentioned of “neglect” and “abuses” that the stranded passengers had experienced but the neglect and abuses are true also to all government agencies.

Duterte looks  tired in presiding the meeting. The public must be also tired waiting for Duterte’s announcements and plans. But in that June 30, 2020 meeting, like other meetings, has no substantial information for the public. Likewise, the President of this Republic has no substantial services to offer to Filipinos.