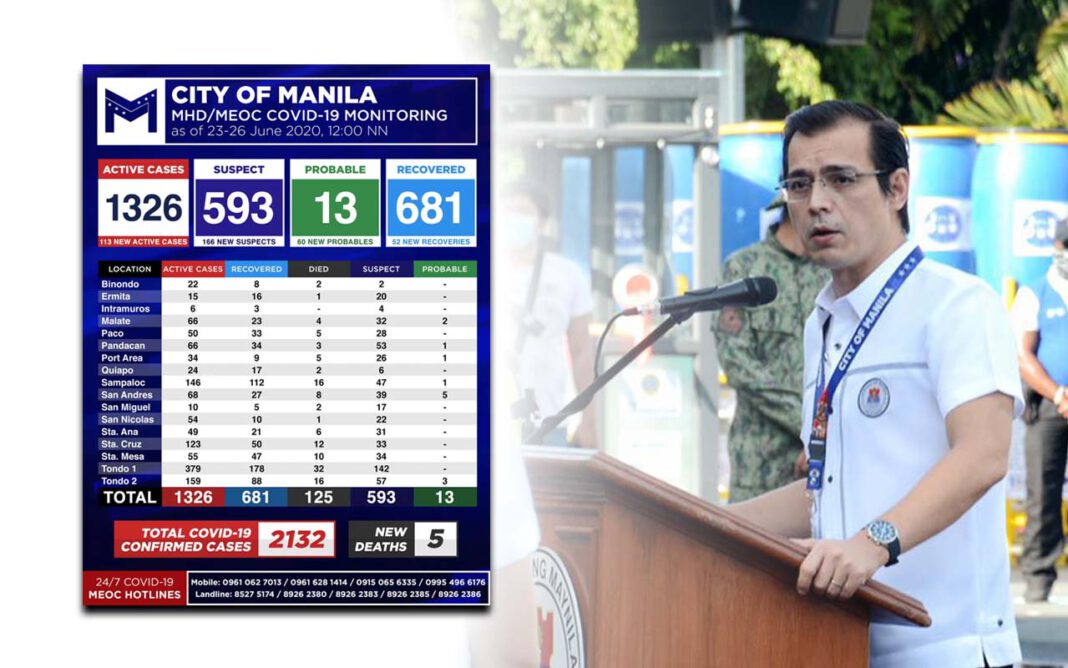 All districts will have barangays placed under ECQ, except Sampaloc, which was one of the first concern areas of the city. The announcement was posted late night on June 30.

The mayor signed Executive Order No. 31, citing the purposes of the hard lockdown as disease surveillance, rapid risk assessment and testing operations “as the city’s response measures to the imminent danger posed by COVID-19.”

“On 29 June 2020, the Manila Health Department (MHD) issued a Certification verifying that there are a total of one hundred forty seven (147) number of COVID-19 positive cases in the said 31 barangays,” the executive order stated.

The Public Information Office of Manila said the mayor issued the executive order upon the verification of the MHD that the barangays concerned recorded more than three COVID-19 positive cases from June 15-29.

The hard lockdown or ECQ would take effect from 12am of Saturday, July 4 until 11:59pm of Sunday, July 5.

Domagoso said that residents of the 31 barangays shall be strictly confined to their residences and are prohibited from going outside their homes.

The barangays to be placed under lockdown are as follows: 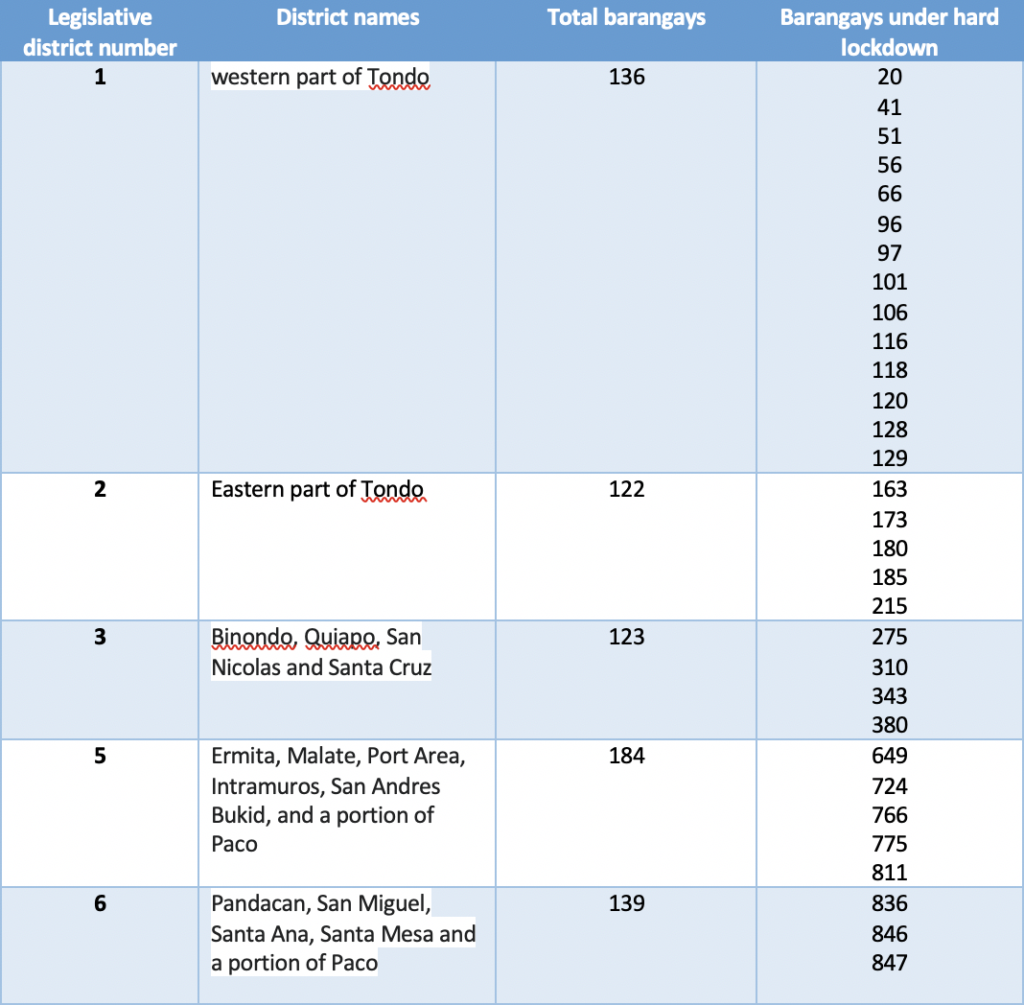 Manila has 896 barangays in the Annual Financial Report on Local Government Units of the Commission on Audit in 2015.

“Station commanders of police stations in the said barangays are hereby directed to employ and deploy officers and personnel in strategic locations and areas necessary for the effective implementation of the ECQ,” the executive order stated.

ICYMI | COVID-19 MONITORING: As of June 26, about 2,132 Manila City residents have already been identified as confirmed…

President Rodrigo Duterte announced around midnight of June 30 that Metro Manila continues to be under GCQ from July 1. It was first placed under the more relaxed quarantine protocol, once known as the new normal, from June 1 to 15, then June 16 to 30.

The IATF, the government policy-making body on COVID-19 response, has also allowed local government units to declare their own strict local quarantines amid the general relaxation of quarantine over Metro Manila that experienced the longest lockdown in the world.