Home OPINION Hoping for a miracle, joking his way through speech 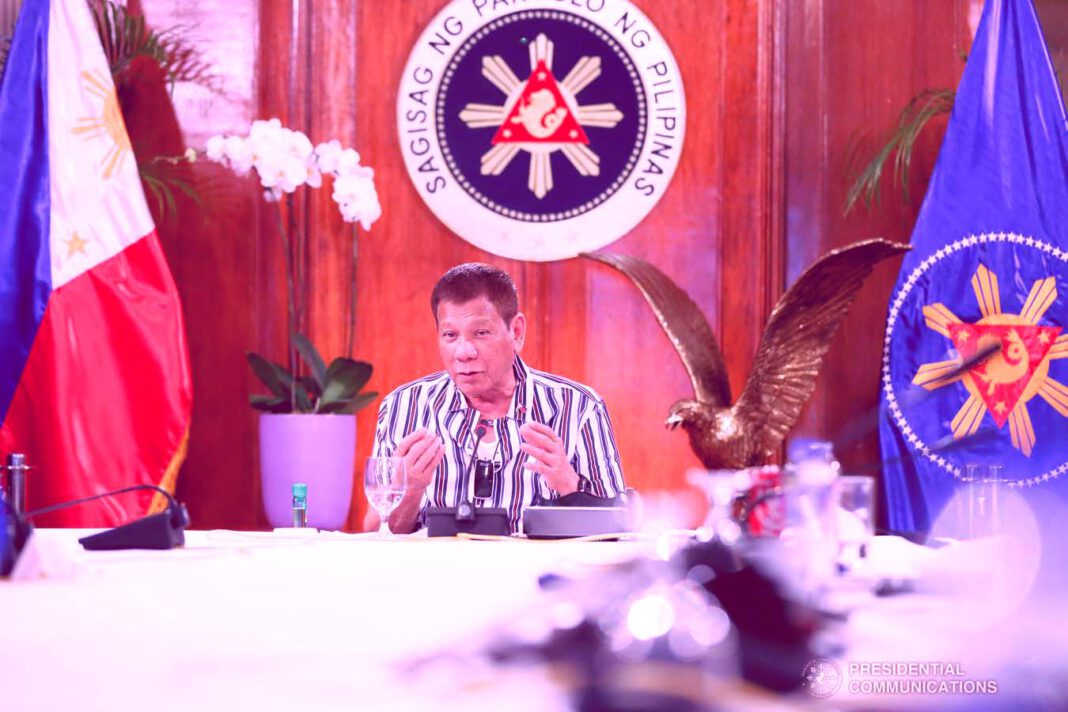 On the late night of June 15, 2020, the taped meeting of President Rodrigo Duterte with some Cabinet officials was shown by the PTV. His speech aired just minutes before the quarantine protocols expired on June 15. The delay was callous and insensitive and for whatever reasons it had to be delayed, shameless. People wait on this and they said they will announce on June 15 and they had to push until the whole of June 15 was over before doing so.

As usual, the meeting turns out to be a discussion among “hopeful” people. Duterte tells about a “miracle pill” and he pledge to find money for the vaccine and all the programs of the government like the radio school program of the Department of Education and other concerns.

According to the President, a vaccine is the “only way to fight COVID-19.” But he is not sure if the “pill” is already available, as he said “I hope it is true” as if he relied on no basis data at all. He said further that he will personally supervise the distribution of the still unknown “miracle pill.”

While the vaccine is not yet available, he reiterated his order to continue social distancing , use alcohol and washing of hands and stay at home. Ironically, he calls on the people to unite.

“Magkaisa talaga tayo dito (Let us unite on this),” he said.

But then he would say, “do not blame us on what happen of your children in you let them go out.”

As if the ongoing, continuing, increasing rise of COVID-19 cases (now at 26,420 while positive cases at 33,091) is being attributed to those going out—who went out because they are compelled to work since the government relaxed quarantine protocols. Meanwhile, the Department of Health (DOH) or the Inter-Agency Task Force on Emerging Infectious Diseases repeatedly explained the increasing testing capacity for the rise in cases.

As expected, the “lockdown” is still the solution of the absence of vaccine. The National Capital Region will remain in a general community quarantine (GCQ) from June 16 to June 30.

According to Department of Interior and Local Government Sec. Eduardo Año, in their meeting with NCR mayors, he ordered them to strictly implement  “barangay total lockdown” where they have been imposed.

He said, “let us find if we can still modify the modified lockdown.” This sounds like the government still has no foresight or concrete plans for economic recovery amid pandemic.

As regards to the update on the health situation, as usual DOH Sec. Francisco Duterte III reminded the public to stick to the DOH protocols like strictly observing the safety precautions in market places and other areas dense with people.

Then what is new about the “quarantine protocols” starting today, June 16, 2020?

Actually, there is nothing new about it. There is still the ECQ, MECQ, GCQ and MGCQ. Only the increasing cases are new. Only the news on what the government is doing besides the coronavirus disease response is new—and alarming.

When in the last speech he demonstrated how to use rubbing alcohol in the hands, in the June 15 meeting he suggested to use a detergent soap for washing hands.

He mentioned an advertisement about a detergent soap, “kasing puti ng damit ng kamay mo… Para masyadong puti ang labada mo, hindi ko yan labada, kamay ko yan.” (clothes as white as your hands…Your laundry is too white, that is not my laundry, those are my hands.).”

He made no mention of the anti-terrorism bill that he has yet to sign to become law, as this has riled up citizens enough for all quarters to speak out and protest despite the warnings of people to arrest them. This is the first meeting since the bill was said to have been transmitted to his office yet he made no mention of the controversial measure. He skipped last week’s speech that would happen just right before the big Independence Day protest rally against the anti-terrorism bill.

He made no mention of Maria Ressa and Reynaldo Santos. Jr.’s conviction of libel, which his Justice department made possible by saying the prescription period for libel is 12 years, when many lawyers interpreted the cybercrime law showing it is the same libel in the Revised Penal Code that prescribes a period of one year. The article in question was published in 2012, updated for a typographical error on 2014 and the defendant sued Santos and Ressa—despite Ressa having no editorial involvement—in 2017.

Two things he made no mention of are serious matters. They are on top of the people’s minds. In the same way the COVID-19 pandemic response should be a serious and well-thought of matter.

Duterte would from time to time divert to talk about rubbing alcohol in his hands during the meeting. Duterte is very good in the “lingaw-lingaw.” But he must know that the people are no longer amused.