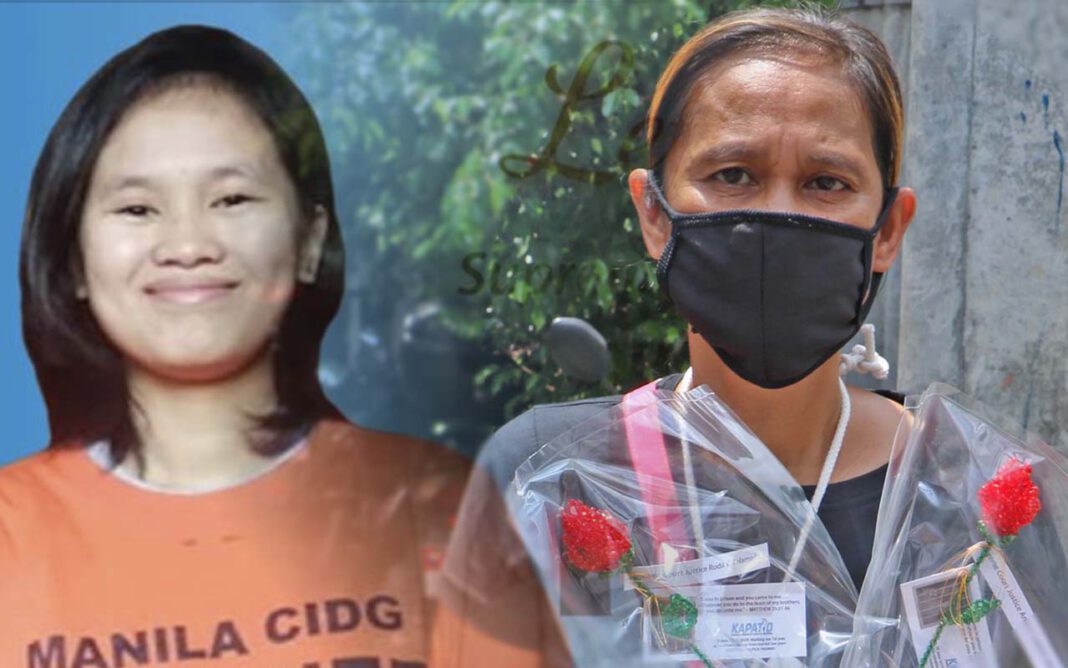 Reina “Ina” Nasino just turned 23 years old and will give birth soon as she reached her “kabuwanan.” She has spent her entire pregnancy in prison detained on trumped-up charges since November.

Now, she’s spending the final weeks of her pregnancy in Manila City Jail Female Dormitory, where hundreds of people are sharing limited space which is vulnerable for virus transmission. 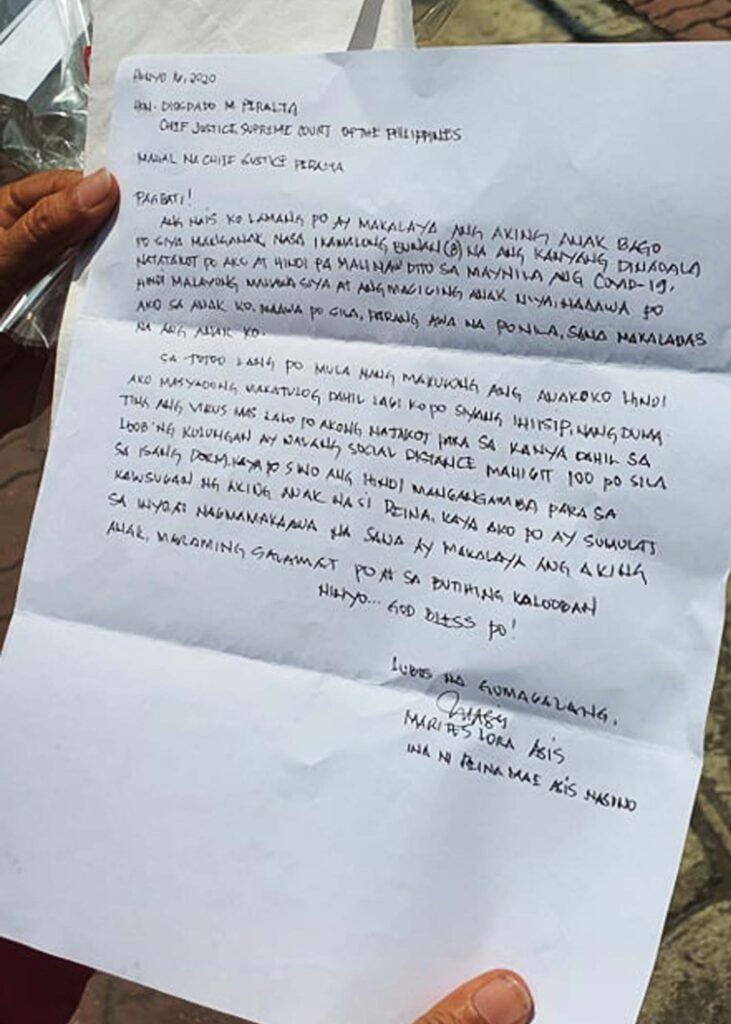 Ina’s mother, Marites Asis, joined members of the group of political prisoners’ kin Kapatid on June 16 at the Supreme Court to hand over their personal pleas for release of their loved ones to the Chief Justice. It was a year since the group was established.

They were also expecting that the petition for released they filed on April 8 would be decided on June 16, as they said Chief Justice Diosdado Peralta said the High Court would.

She was arrested in Tondo, Manila in a police office raid on search warrants acquired by National Capital Region Police Office Chief Major General Debold Sinas, then in the first month in his new post, from a Quezon City executive judge. It was the same source of search warrants for a string of activists and progressive groups’ offices raids and arrests in Negros Island and Manila at the end of October and the first week of November 2019. The police said to have found firearms in the office, same situation as Sinas’ campaign against ‘loose firearms’ in Negros Island when he was still Central Visayas police chief. In many cases as in Negros, Tacloban and Manila, police office raids on search warrants were said to have found firearms and were used to arrest and detain. Human rights groups allege these were planted.

[I am begging you at least before my daughter gives birth, I can take care of her, I don’t want her to give birth in jail. Outside, there can be social distancing, inside the jails it cannot be done. There are more than 100 of them in the dorm. I am begging the court. My daughter was imprisoned without having committed any crime, now I am begging you, she is about the give birth but she’s still in jail.]

Asis said she cries everyday thinking of her daughter. She cannot visit her due to the lockdown. She last had a video call with her on Sunday. Ina said she has been experiencing waking up at night more often and her tummy itching.

Pregnant women are immunocompromised and therefore, they are more susceptible to complications of respiratory infections such as the coronavirus disease. While there is a limited study being conducted regarding the risk factor of pregnancy for contracting COVID-19, being incarcerated already post a danger for pregnancy. With limited spaces for social distancing, people who have underlying medical conditions also have an increased risk of severe COVID-19 illness.

According to the World Prison Brief, the Philippines ranks second in the list of countries with the highest jail occupancy in the world, only next to Congo. The country’s Bureau of Jail Management and Penology (BJMP) has already ascertained the prison congestion rate at 534 percent. As of April, there are close to 134,000 inmates in the Philippines even if the prisons can only hold 41,000 inmates at a time.

According to the Department of Health, the number of coronavirus cases in Cebu City Jail is at 335. There are 25 cases at the Cebu Provincial Detention Center and 71 at the Mandaue City Jail.

In an interview last June 11, BJMP Spokesperson Xavier Solda said that 745 prisoners and 125 personnel have tested positive for the virus.

Without changing the current conditions inside prisons, the number of infected prisoners will inevitably arise.

The Supreme Court has announced the release of about 10,000 prisoners to halt coronavirus infections in the overcrowded jails. As of May 29, Court Administrator Jose Midas P. Marquez said that 4,167 persons deprived of liberty have been released from various detention facilities in the country. Even with these developments, the plight of political prisoners like Ina remain unheard.

Back in May, Human Rights Watch reported how the Philippine government has not fully reported prison deaths. The report raised alarm over the lack of contact tracing and the possibility that  COVID-19 is spreading more quickly and widely in the country’s detention facilities. Furthermore, the absence of mass testing in the facilities and the government’s failure to report them accurately indicates oversight or sheer apathy. The risks to old people, pregnant women, and alike remains overlooked up to now.

The situation for the elderly and pregnant women in our nation’s jails, prisons and detention centers has long been serious. But with COVID-19, it is now an emergency.

During this time of rampant coronavirus spread and attempts at social distancing to avoid infection, it’s imperative that immunocompromised populations like elderly and pregnant women are prioritized for release from prison and detention centers.

Ina’s life and her child is in danger, along with many others. But such senseless suffering can be prevented.