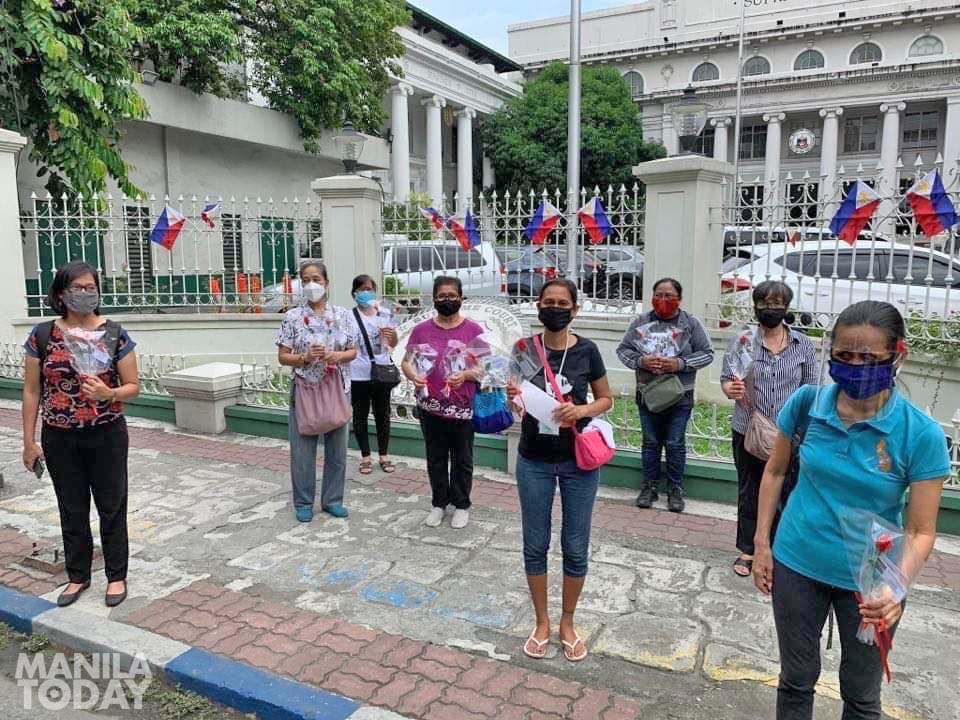 As the death toll spirals in congested prison facilities amid the COVID-19 pandemic, members of KAPATID, group of political prisoners’ kin, trooped to the Supreme Court (SC) to call for immediate action for the release of political prisoners, taking hope from Chief Justice Diosdado Peralta’s words that the petition filed last April 8 can be decided by June 16.

Holding red beaded roses handcrafted by political prisoners to symbolize their “double appeal”, the group urged the SC justices to “vote for life.”

“We pray that the Supreme Court will choose to vote for life in favor of the most vulnerable to the COVID-19 pandemic now invading prison facilities and also out of compassion for Reina Mae Asis Nasino who stands in danger of losing her first child,” said KAPATID spokesperson Fides Lim.

Lim was referring to the condition of a 22-year old political prisoner who is due to give birth in prison under the threat of the lethal virus.

Groups have been calling for the release of Nasino, who has spent almost her entire pregnancy in jail.

She was arrested in a police raid of progressive group BAYAN Manila’s office in Tondo on November 5 last year.

Nasino’s mother wrote to the chief justice to appeal for her release.

“The Supreme Court needs to act now with the greatest exigency to save human life,” Lim added.