Home OPINION LETTERS-TO-THE-EDITOR From fishing villages to Lumad sanctuaries, a war against nature continues to... 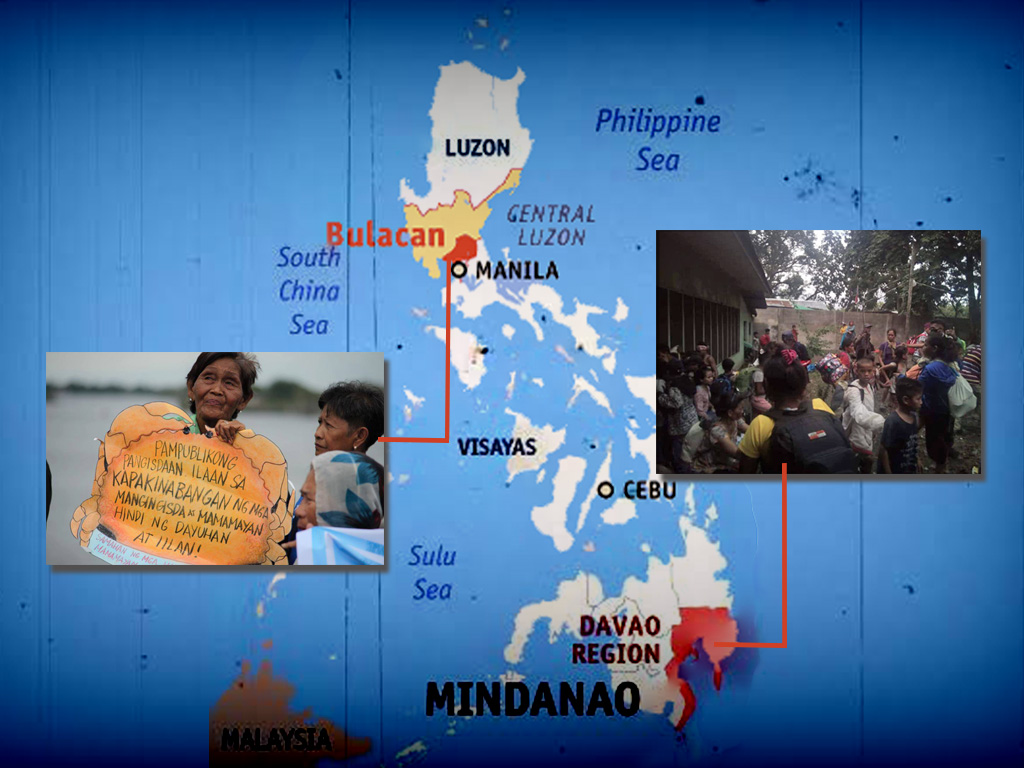 A church sanctuary’s walls were torn down by bolo-wielding members of Alamara, a paramilitary group armed and supported by the Armed Forces of the Philippines, as they sought to evict 500 Lumad evacuees encamped in the United Churches of Christ in the Philippines (UCCP) Haran Compound in Davao City last January 25.

The evacuees, hailing from the Pantaron Mountain Range and Compostela Valley, had taken refuge in the compound from the persistent militarization of their ancestral lands. Generations of Lumad leaders and warriors have been criminalized and militarized for defending the 12,600-square kilometer mountain range from logging and mining companies.

The day before, personnel from the 48th Infantry Battalion of the Philippine Army went from house to house in the backwater village of Taliptip in Bulakan municipality, gathering information from residents and threatening them to cease protesting the massive 2,500-hectare reclamation project for the Bulacan Aerotropolis—or lose any chance of getting relocation and housing.

Since December last year, soldiers have started frequenting the subvillages of Sitio Kinse and Sitio Dapdap, known bastions of opposition to the airport project. A soldier quipped to a local fisherman, “you have a great place here—great for a [military] detachment.” The troops said they were in the area to “drive off outsiders.”

This is the latest wave in what we have described as a persisting and escalating war against nature.

Our year-end report on environmental defenders entitled ‘Taking Lands, Taking Lives’ showed how the killings of environmental activists and advocates aim to open up huge swathes of landscapes and seascapes under their protection.

At least 46 environmental defenders were murdered last year, and they collectively stood to protect 1.6 million hectares of forests and farmlands from mining, agribusiness, and logging. These resource-rich areas are worth roughly PHP 212.8 billion in terms of annual productivity and regulating ecosystem services.

But high-stakes business interests are eclipsing the environmental rights of marginalized communities in these contested lands. The Bulacan Aerotropolis alone is a PHP 700-billion prize that San Miguel Corporation seeks to push through by hook or crook.

Meanwhile, longstanding estimates have pegged the untapped mineral value in the entire island of Mindanao, where the Pantaron sits among its last untouched frontiers, to be at USD 840 billion to a trillion. There are at least 31,180 hectares of large-scale mining applications covering the forests of Pantaron.

As with the Haran standoff and the tensions in Taliptip, state security forces were linked to at least 57 percent of the victims we recorded. It must be thus questioned why the military and other state security forces are zeroing in on these areas, with crosshairs trained at defenders. Are these really peace and order operations, or deadly investment guarantees?

The mercenary war waged against nature and its protectors must stop. The military and the State’s entire “infrastructure of impunity,” as human rights lawyer Neri Colmenares succinctly put it, should keep their hands off environmental defenders.

President Rodrigo Duterte’s repeated bombast on putting a premium on the environment should be put to the test in this dirty war.