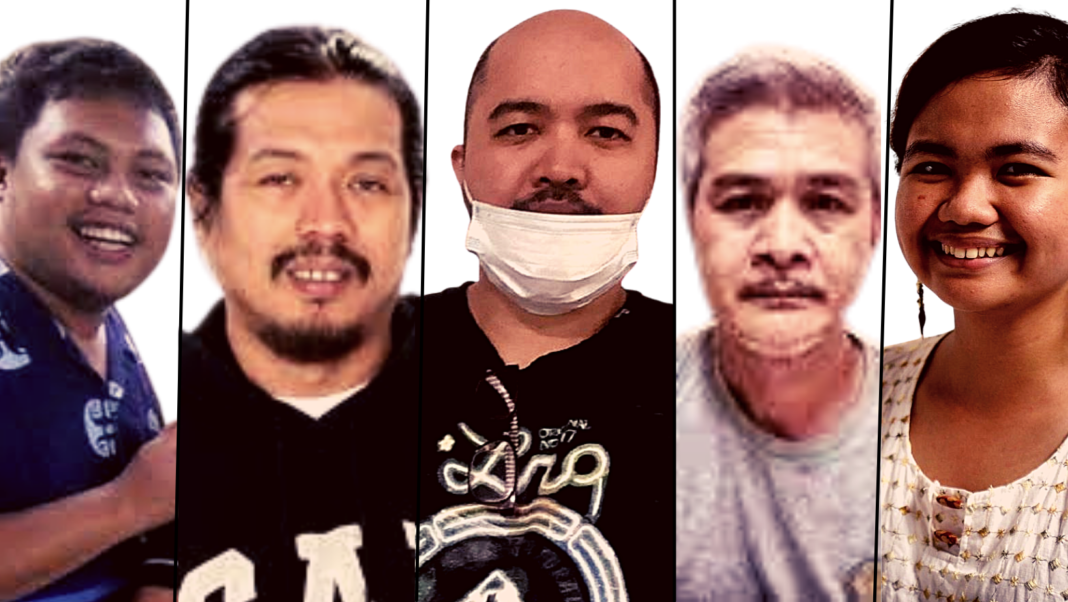 “He is the Maker of heaven and earth, the sea, and everything in them – he remains faithful forever. He upholds the cause of the oppressed and gives food to the hungry. The Lord sets prisoners free, the Lord gives sight to the blind, the Lord lifts up those who are bowed down, the Lord loves the righteous,” (Psalm 146:6-8 NIV).

Keeping and heeding the Psalmist words, the Iglesia Filipina Independiente (IFI) through its labor centers and programs strongly demand: Free our unionists, justice for the victims and their family.

Isabelo de los Reyes, Sr. or Don Belong is remembered as a prisoner for supporting the Katipuneros during the Philippine Revolution of 1896.

Don Belong was arrested on February 13, 1897. While he was in the Bilibid Prison, he wrote his Sensecional Memoria pointing that friars sowed the seeds of rebellion against Spanish colonial government in the Philippines. This article caused his deportation to Spain, where he was incarcerated at the Montjuich Castle in Barcelona, Spain.

On July 1, 1901, he returned in the Philippines. On February 2, 1902, with other labor leaders in Manila, they organized the first labor union federation, the Union Obrera Democratica. As UOD’s first President, he campaigned to promote worker’s rights and led workers’ strikes demanding for wage increase. The workers’ strikes culminated into a coordinated workers’ strike on August 2, 1902.

The UOD demanded wage increase from all companies in which it has members, and many of these companies were owned by Americans that had moved to the Philippines along with the US military conquest. The coordinated workers’ strike affected the cigar, printing, and cordage industries. After the successful strike, the UOD was suppressed. Its leaders, including Isabelo de los Reyes, Sr., were arrested and charged of sedition.

But before they were arrested, in a general council meeting of UOD on August 3, 1902, the leaders decided to proclaim the establishment of the Iglesia Filipina Independiente. The proclamation document was read by Isabelo de los Reyes, Sr.

Isabelo de los Reyes, Sr. was released on the last days of September 1902. He focused on building the IFI, while the workers held a general assembly of February 2, 1903 and decided to change the name of UOD into Union Obrera Democratica de Filipinas (UODF).

Today, in upholding the legacy of Isabelo de los Reyes, Sr. as a political prisoner and a fighter for workers’ rights and for freedom, we call on the Duterte regime to release all political prisoners, especially our unionists in Metro Manila.

Also on October 10, five unionists have been detained after being illegally arrested and charged with trumped-up cases for exactly 10 months.

They were illegally arrested by the Quezon City police and Criminal Investigation and Detection Group (CIDG) NCR, led by P/Maj Merben Bryan Lago, CIDG NCR – Chief Intelligence, P/Col Glenn Silvio, CIDG NCR – regional chief of PNP Station 10, Kamuning, Quezon City and a SWAT team. Their right to communicate and right to counsel were denied during their arrest and the warrants were belatedly presented to them. They were verbally abused, red-tagged, and interrogated without the presence of their lawyer/s.

Also on December 10, around 2:08 AM, police forces entered the Bautista compound, the residence of Joel Demate, 55 years old and married, and he was then arrested and detained. His house was illegally searched; his properties were divested and destroyed; his right to counsel was violated. The perpetrators were 40 elements of CIDG Manila, PNP Manila, SWAT team. There were around 16 wearing fatigue uniforms in full-battle gear; 2 civilians wearing white shirts and short pants with a cap; more or less 6 wearing blue CIDG shirts and SWAT team with long firearms.

Allegedly seized from Demate were 1 M16 Armalite, 1 grenade, 1 .45 caliber gun and magazine, Armalite bullets, 1 Samsung cellphone, 1 MyPhone cellphone, 1 Cherry Mobile cellphone, “subversive” documents. Also taken by the police was her daughter’s Lenovo laptop. Their TV was also broken in the course of the police raid. At around 6 AM, Demate and his daughter were brought to the Manila Police Department headquarters.

At 2:30 PM, a police officer informed the Demate family that Joel Demate will be brought to the Manila City Hall and will be presented to a fiscal to undergo inquest proceedings. The inquest was scheduled around 4 PM. Demate was not assisted by a lawyer of his choice during the inquest proceedings.

Velasco was Illegal/arbitrary arrested and detained; his rooms were illegally searched; his properties were illegally seized, divested and destroyed; his domicile was violated; he and his wife were threatened, harassed, and intimidated; and his rights to a counsel during interrogation and inquest proceedings were denied.

During the illegal search which ended at around 5:15 AM, the alleged seized items were a rifle and a bag that contained grenade, gun and bullets; a small drawstring bag containing firearm magazines with live ammunition, and a plastic bag with grenade and one pistol.

The police took Velasco’s wife’s laptop, a couple of cellphones and a bag containing purchased goods online. Velasco and his wife refused to sign any document from the raiders.

On the same day, Rodrigo Esparago and Lady Ann Salem were also illegally arrested and detained. They were charged of the usual cases against activists, illegal possessions of firearms and explosives, based on the recycled police narrative to obtain search warrants: that they were part of a gun-running syndicate.

On February 5, 2021, Judge Monique Quisumbing-Ignacio of Mandaluyong RTC Branch 209 dismissed their cases. They were released on March 5 after the processes for reconsideration and reply were exhausted. The search warrants for the seven were anchored on one narrative that connects them. The decision of Judge Quisumbing-Ignacio shed light that the baseless charges against Esparago and Salem also could be proven untrue (and quickly) in the cases of Astudillo, Cruz, Gregorio, Demate and Velasco.

As of today, the 5 unionists are still undergoing trial for unjust charges of illegal possessions of firearms and explosives in different courts in Quezon City and Manila.

The motion to quash warrants of Astudillo, Cruz, Gregorio, and Demate were denied and the motions for reconsideration were also denied. The motion to quash the search warrant filed by Velasco has yet to be decided by the court.  The “lockdown” policy in Metro Manila also aggravated the situation of political prisoners who suffers day by day in jail for their beliefs, actions or organizations—as the courts were closed during the lockdown and also suspended their hearings.

The IFI, human rights groups and all freedom and democracy-loving people, reiterates its demand to Duterte regime to immediately release the five unionists. Ten months of incarceration for absurd and fabricated charges is unjust and un-Christian. This is a big sin. The IFI also joins the call for the freedom of all political prisoners. The IFI further demands justice and compensation to the victims and their families.

Again, the IFI will sing the Psalmist song to our sisters and brothers who are suffering from injustices in our country: “The poor will see and be glad – you who seek God, may your hearts live! The Lord hears the needy and does not despise his captive people.” (Psalm 69:32-33 NIV)