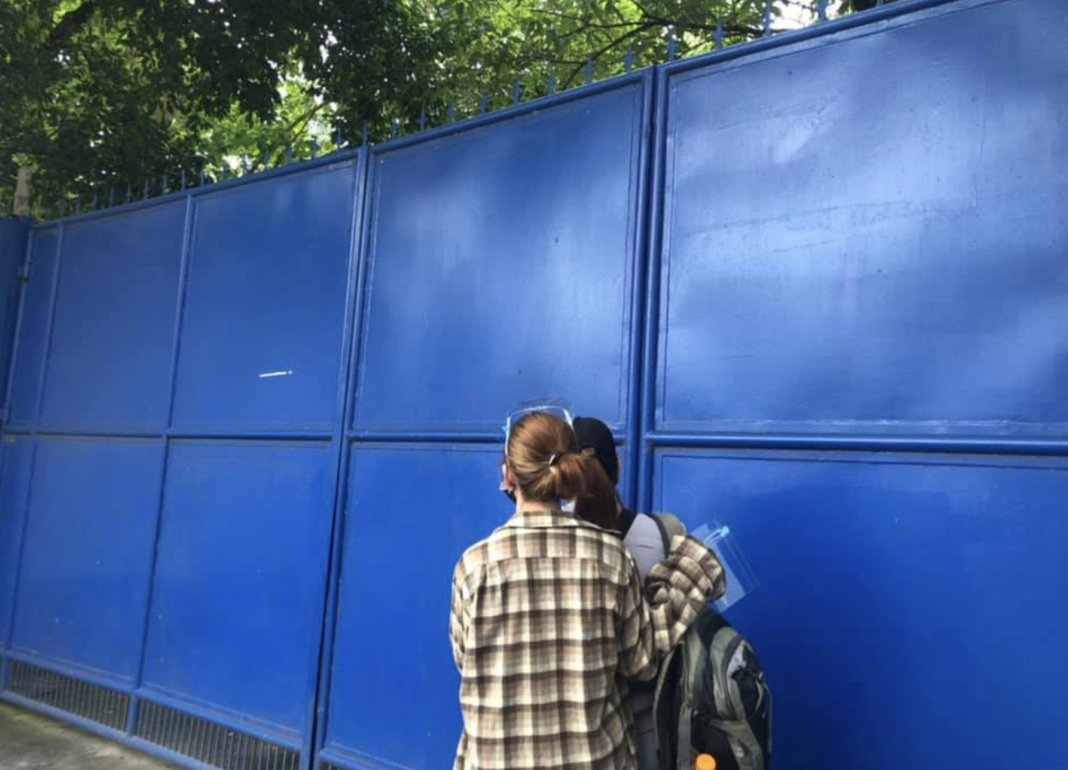 Only after a few hours of waiting on October 8 was the family and parelegal team of Lino Baez, 53, and Willy Capareño, 60, allowed to enter Camp Soledad Dolor in Candelaria, Quezon. They had tried to visit and gain access to the two activists arrested on October 6 at 2am in Magalang 1, Sariaya, Quezon by around 50 combined police and military forces. They waited for six hours outside Camp Dolor’s gates on October 7, to no avail.

But upon entering the facility, they found out the two were no longer there and has been brought to Tanauan Municipal Police Station.

Because of this incident, group Tanggol Batangan accused the Philippine National Police (PNP) in Quezon of deception.

While inside the camp, the group said the family and paralegal team were red-tagged by police and one member of the paralegal team was told to stay away from the case of the two arrested.

The family and paralegal team was finally able to speak with Baez at the Tanauan Municipal Police station on October 8, after their multiple attempts for the police to allow them to gain access to the two.

The paralegal team for Capareño handed him food and hygiene kits.

According to groups Gabriela Batangas and Bahaghari Batangas, Baez was ill-treated during their interrogation process. He reportedly underwent mental and physical torture. He life was threatened repeatedly, he was punched at the chest several times, a gun was pointed at him and a kind of chemical was put on his blindfold that made him feel unwell.

“Bahaghari Batangas outrightly condemns the illegal arrest of Lino Baez and Will Capareño, and how they ruthlessly laid hands on [Baez]. The two are great organizers from Batangas and they only wanted to push for the basic rights of each person, and they are being silenced by openly violating their human rights,” said the group.

The police allegedly found firearms and explosives in the possession of Baez and Capareño, which both peasant leaders denied. The charges to follow given the evidence allegedly found were expected to be the usual charges against activists and critics, illegal possession of firearms and explosives, in the usual pre-dawn police raids. Groups of the two also decried how details on the inquest proceedings on the two have also been withheld from them.

Progressive groups demanded the release of the two long-time peasant leaders and assailed the continuing crackdown on activists particularly in the Southern Tagalog region.