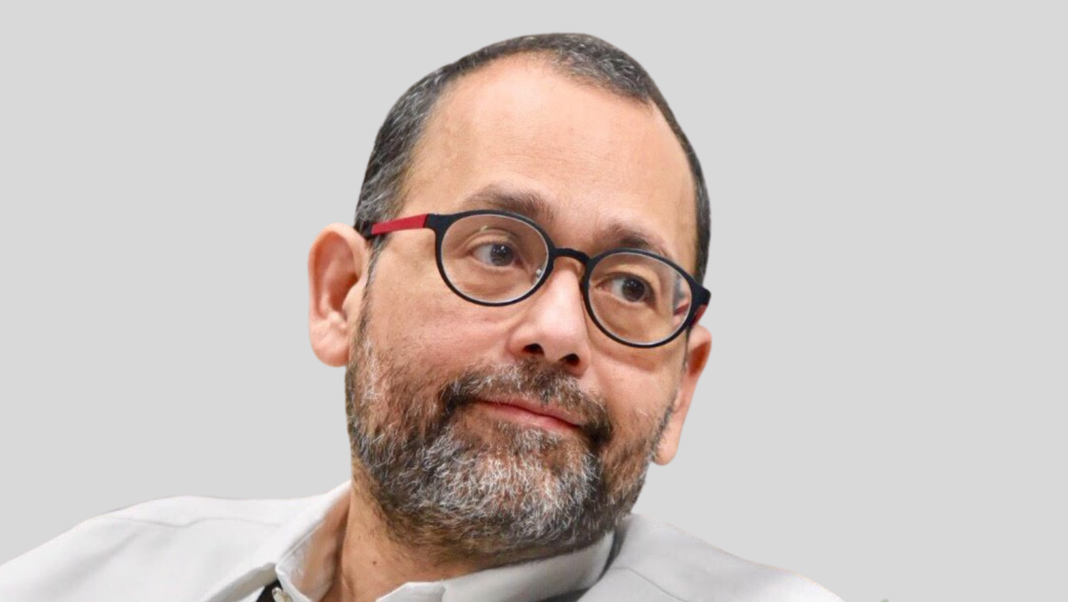 Various groups mourned the passing of Gascon and also thanked him for his contributions to the fight for human rights and press freedom in the country.

“We in Kapatid are in deep grief and sorrow over the passing of CHR head Chito Gascon. The Philippines lost a dedicated public servant who never cowered in fear in asserting people’s rights and civil liberties despite every curse and insult of a tyrannical president since 2016,” said Fides Lim, Kapatid spokesperson and wife of political prisoner Vicente Ladlad, an activist illegally arrested in 2018.

“Chito’s tenure as chairperson came at a crucial time of massive challenges and worsening attacks on human rights in the Philippines. He and the Commission faced various threats for their work in fulfilling their mandate, especially in openly denouncing the Duterte administration’s sham and bloody drug war,” said human rights group Karapatan in a statement.

Gascon supported groups of any color or political affiliation in their campaigns on particular cases of human rights violations and against tyranny as a whole, serving as venues for the Lumad bakwit school and youth camps and jump-off points for the State of the Nation address or Martial Law commemoration gatherings.

“Chair Chito Gascon, we’ve fought small and big battles with you – with victims and their families, with communities at risk, in the halls of power, in the streets, in the UN, and in many other spaces,” said Karapatan secretary-general Cristina Palabay.

“Another human being gone while the clowns and leeches are mocking and toying on our rights,” said National Union of Peoples’ Lawyers president Edre Olalia.

The CHR office in Quezon City also served as a safe haven for press conferences and protests as the current administration had discouraged, threatened or banned protests as part on the ban on mass gatherings due to COVID-19. The government also unilaterally cancelled the University of the Philippines (UP)-Department of National Defense Accord that disallowed entry of police and military in the campus without prior notice, as UP also served as a safe haven for protests especially at the height of the passage of the Anti-Terrorism Act of 2020.

Last December 14, 2020, at his office in Quezon City, Gascon welcomed the relatives of the Human Rights Day 7, the activists illegally arrested in Metro Manila while the world marked International Human Rights Day.

“We express our sincerest condolences to his family and thank them for sharing with us a great public official who always helped us in every fight – from restrictions on the delivery of food and visits to political prisoners, and most especially, to the fight against violations of people’s rights and civil liberties,” shared Lim.

The independent constitutional commission under Gascon also issued quick and unequivocal statements denouncing state-sponsored human rights violations, earning the ire of various government officials who called on the CHR to speak or look into on supposed violations of non-state actors.

The commission’s mandate, however, is to investigate human rights violations perpetrated by state actors. The Philippine National Police is the government agency responsible for investigating and arresting criminals.

In his State of the Nation Address in 2017, Duterte said that the commission was “better abolished.” The CHR responded that only a change to the 1987 Constitution could possibly make that happen.

In September 2017, when the CHR spoke strongly against the killings of Kian Delos Santos and Carl Arnaiz and demanded an investigation into these killings, Duterte said of the CHR chair, “Why are you fond of teenagers? Now I wonder: are you gay, or a pedophile?”

Duterte continued, “You are so fixated with the death of a young male, that’s why I doubt: pedophile kang gago ka [you are a pedophile, you fool].”

Gascon brushed off the personal attacks of the president and said he and the commission are merely doing their job to serve as part of checks and balances on the government.

Following Duterte’s tirades against the CHR, in September 2017, the House of Representatives composed of a ‘supermajority’ of his allied voted 119-32 to give the CHR a budget of P1,000 for 2018, which could have effectively abolished it. The CHR ended up getting P 508.5 million (from its proposal of P 623.3 million) out of the P 3.8 trillion 2018 national budget.

The CHR also responded to calls for independent investigations and quick response teams to arrests of activists and critics and the killings and massacres that happened under Duterte.

In observance of World Press Freedom Day this year, the CHR also committed to enhancing efforts for media and public safety, as part of the CHR’s contribution to the implementation of the Philippine Plan of Action on the Safety of Journalists of 2019. The CHR, earlier, created a Task Force on Media-Related Extrajudicial Killings in 2018.

“The National Union of Journalists of the Philippines (NUJP) mourns the passing of Commission on Human Rights (CHR) Chairman Jose Luis Martin Gascon, a staunch human rights defender and a dependable ally of journalists and the NUJP,” said the group.

NUJP said Gascon advocated for the safety and protection of journalists, especially those covering the war on drugs, providing them with the much-needed support and assistance.

“Gascon also gave journalists under attack safe haven and refuge, opening the CHR’s doors for our grievances and our efforts to seek redress,” said NUJP.

These groups lament Gascon’s passing as a huge loss to the human rights community and to the country as a whole at this time.

“Tremendous loss – the way Chito Gascon died was the way he served. Diabetes nor COVID-19 never stopped him from serving the victims of human rights violations as well as he could to carry out his constitutional mandate under the most extreme pressure of a President who detests human rights to its core,” said Lim.

“His death is a huge loss to our fight for press freedom and freedom of expression, but his courage will always inspire us to continue the uphill battle to protect our most basic freedoms,” said NUJP.

Duterte, who once complained that Gascon’s term will outlast his own, will appoint Gascon’s replacement. Commissioners hold a term of office of seven years without reappointment. Gascon would have been CHR chair until the end of May 2022.

“We, the families of political prisoners, are devastated by his passing. He met with us, listened to us, and sent CHR staff to check on our imprisoned relatives. He was always there for us. We take strength from his legacy of service and compassion. Chito Gascon will be a hard act to follow by an appointing power who is the living opposite of what human rights mean,” said Lim.