Home OPINION Duque and Duterte: Duterte’s high confidence on the DOH chief as they... 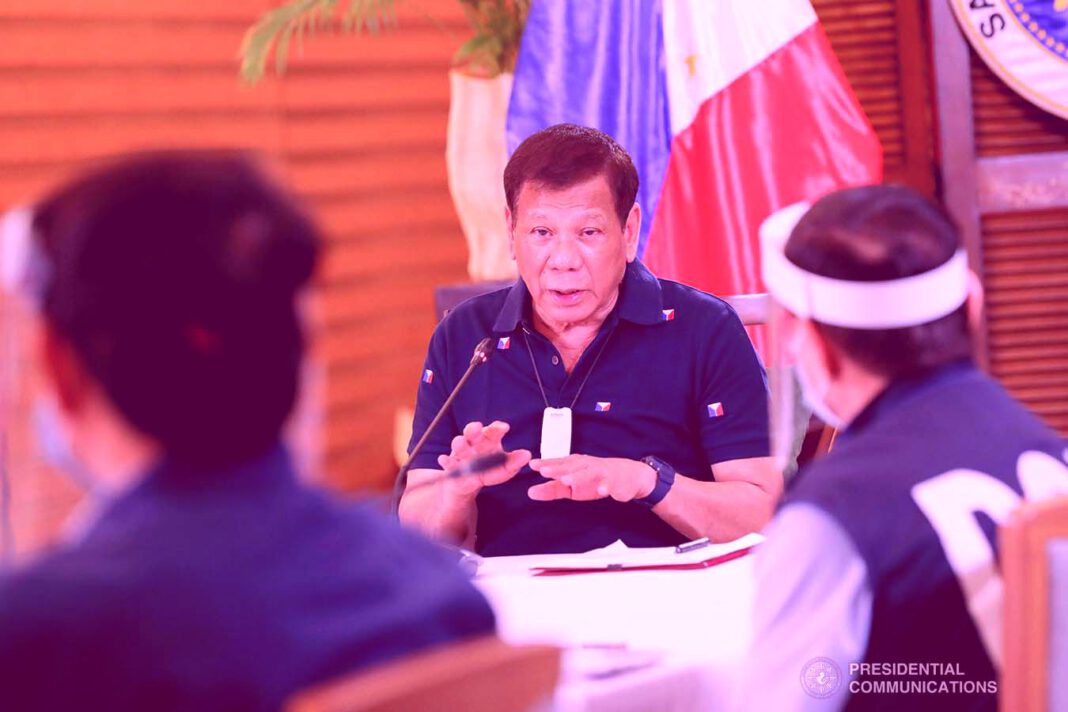 On June 4, 2020, President Rodrigo Duterte met some of his cabinet officials still with the special participation of Senator Bong Go at Davao City. His address aired the following day and did not address the highly controversial railroading of the anti-terrorism bill that he certified urgent on June 1.

Instead, in this meeting, Duterte maintained his high regard for the performance of Department of Health (DOH) Sec. Francisco Duque III.

The latest controversial issue involving Duque is the delay of the financial assistance for the “fallen” health workers and also those who contracted severe or critical cases of COVID-19 in the line of duty. It has been more than 70 days since the law for that was passed and more than 2,703 health workers have been infected with the diseases.

Duterte expressed his anger of the incompetence of DOH officials. He even said that if he has the power to appoint, he has the power to dismiss because of “lack of confidence.” Two months delayed of the compensation is not acceptable to him as he backed up Sen. Bong Go statement: “Kung ayaw nila magtrabaho, maraming gustong magtrabaho,” (If they don’t want to work, many want to work).

Duterte ordered Duque to deliver the benefits “within 24 hours.”

“Assemble a team not necessarily from your office,” Duterte added.

Still, Duterte remarked that “I am not ready to let go of people, if It is an honest mistake.”

The report on the compensation of “health workers assistance” and other assistance and supports is needed by the Congress as the Bayanihan to Heal as One Act is at the end of its three-month validity on June 24.

Duque blamed his subordinates for the delayed. But he assured the President to immediately deliver the financial assistance to 32 families. Each “fallen” health worker will receive P 1M as provided in the Bayanihan Act.

Duterte laud’s Duque’s performance and continues to trust him to do his job even 14 senators called on Duque to resign on the middle of April 2020. Majority of the members of the senate called for Duque’s resignation for his “failure of leadership, negligence, lack of foresight, and inefficiency in performance through Senate Resolution No. 362.”

The senators accused Duque of “poor planning, delayed response, lack of transparency, and misguided and flip-flopping polices and measures” over corona virus pandemic.

Many other groups including a private hospital association and some celebrities have called for Duque’s resignation. Anakbayan Metro Manila called for Duque and Duterte’s resignation if they continue to refuse to do mass testing and put everyone in danger as they had to open the economy back up again after so much hunger and loss of income and still rising number of COVID-19 cases in the country.

In that meeting in Davao, Duque kept on blaming his staff in DOH for the compensation mess. He said that his staff had “no sense of urgency.”

Amid COVID-19 pandemic, Duque has the tendency to blame others instead of taking “responsibility.”

As early as February 2020, Duque blamed “the World Health Organization (WHO) for not recommending a travel and trade ban with China. Duque said that WHO “still do not recommend trade and travel restrictions.” Though on his part, he said, “I disagree because we’ve tried our best to guard the country against the entry.”

He further blamed WHO for not declaring a “global health emergency” at an “earlier” time.

“I was one of those that had wanted the WHO to have declared it much earlier,” he said.

This was although Duque was the one to say that banning Chinese tourists must have “diplomatic and political repercussions” during the Blue Ribbon committee hearing on January 29.

The outbreak was declared a Public Health Emergency of International Concern on January 30.

In this COVID-19 pandemic, all countries are looking for vaccines. On May 20, 2020, at the Senate Committee of the Whole hearing, Duque disclosed that the state-owned Sinopharm, the biggest pharmaceutical company in China had invited the Philippines to join its trial of a vaccine for the coronavirus disease (COVID-19).

Duque said, “We have a letter from China, from Sinopharm, China’s biggest pharmaceutical company, which offered to include us in its global clinical trial for their newly-developed vaccine.”

Learning from Duque about ‘biggest pharmaceutical company,’ one must be reminded that Senator Panfilo Lacson accused Duque’s “family-owned company got contracts from the government during Francisco Duque III’s stints as health secretary under two presidents.”

In June last year, Duque has been slapped with graft and plunder complaints for allegedly allowing a Philippine Health Insurance Corp. (PhilHealth) provincial office to rent land belonging to his family.

At the Davao meeting also, Duterte reiterated his “anti-corruption” policy. As an example he mentioned an undersecretary of the office of civil defense which he fired because of procurement anomalies.

If Duterte is really sincere of curbing corruption in his government, he should start with Duque and the DOH. He should seriously tackle the issue of overpricing and not gloss over it. Duterte taking full responsibility on the report of the “overpricing of PPEs and other medical machines” is no assurance there was no corruption—especially at a time these materials and equipment are in high demand, low stocks volume all over the world from time to time during the pandemic and procuring them has become a matter of life and death for patients and health workers on the frontlines.

But Duterte cannot do it because Duque’s dismissal from office could open a pandora’s box to government neglect and failures, truth about overpricing and other issues that hounded them since the beginning of the COVID-19 pandemic.