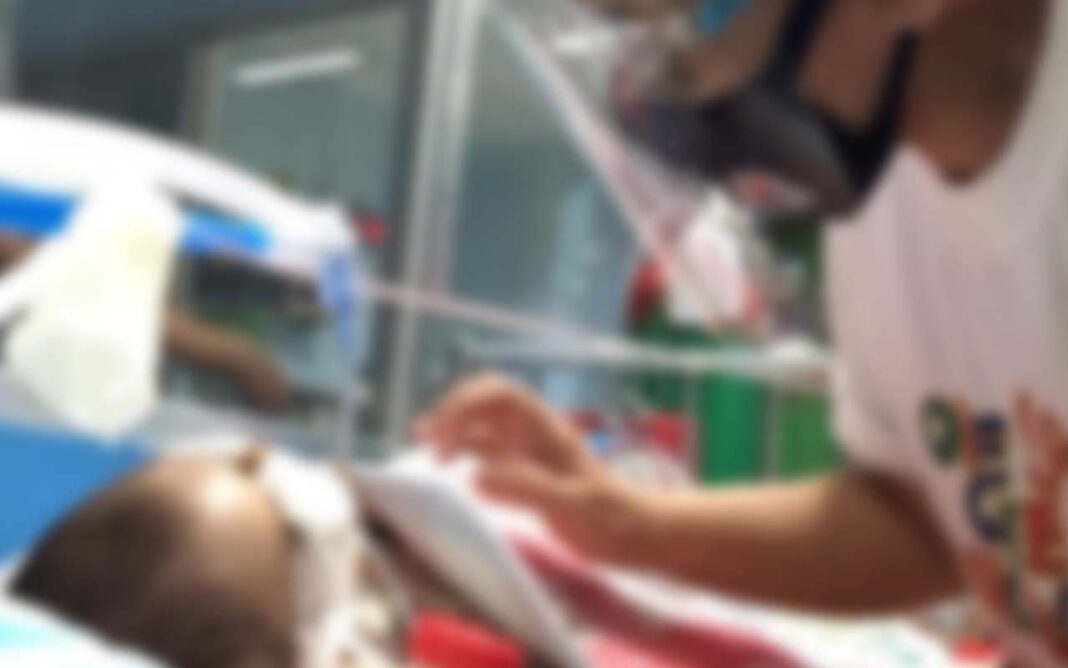 Nasino’s baby was confined at the hospital since September 24. She entered critical condition this morning. Her pediatrician said her lungs have succumbed to bacterial infection, no longer responding to medications and may expire any moment.

River Emmanuelle was born on July 1, and lived her first days with her mother inside a room in the Manila City Jail Female Dormitory.

Mother and daughter were separated since August 13, after an appeal and a motion for reconsideration for them to stay together in a hospital or jail nursery were denied on information from the jail warden that the jail cannot accommodate the request as it would entail security detail at a time they lack the personnel due to COVID-19 limitations. The jail also invoked a rule that a newborn was only allowed to stay with the mother inside jail for a month.

Nasino, a staff of Kadamay Manila, has been in jail since her arrest on November 2019 following a police raid of the Bayan Manila office in Tondo, that the police charged to have found firearms and explosives. Similar raids and outcomes happened only a few days before that, with an arrest of an activist couple and their two children in Manila and the arrest of 59 activists in Negros.