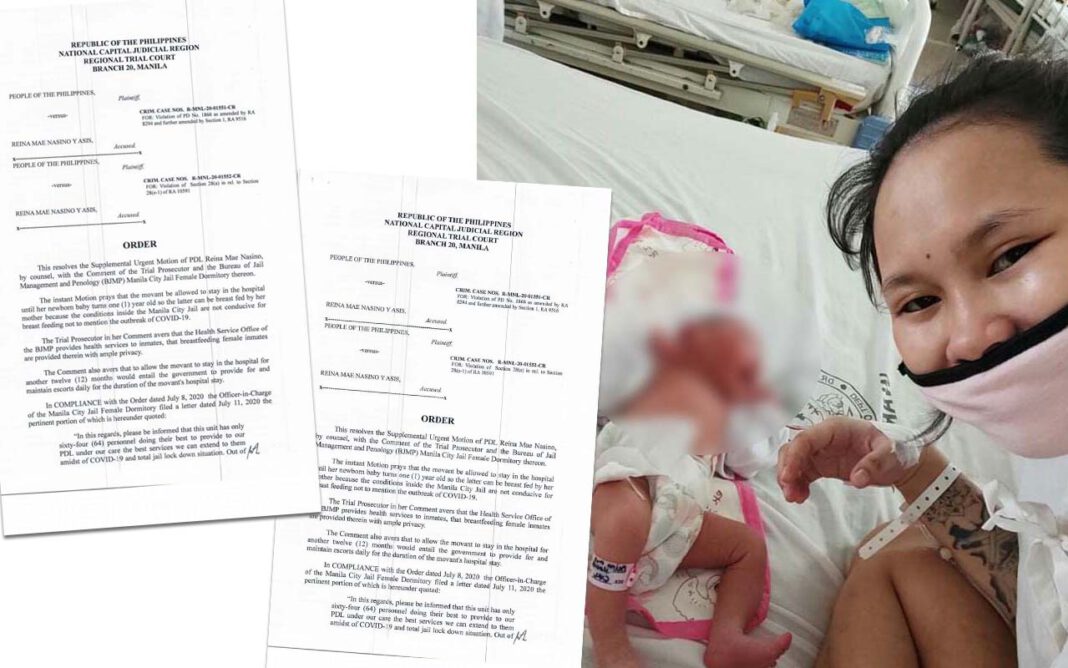 In a decision signed on July 20, the Manila Trial Court Branch 20 denied the urgent motion of political prisoner Reina Mae “Ina” Nasino and her 21-day old baby River to be moved to the hospital because the conditions in Manila City Jail (MCJ) are not conducive for breastfeeding and protect them from spread of COVID-19.

The Officer-In-Charge of the Manila City Jail moved that “the baby be turned over to her father or any relative, who could take care of her better because the jail does not have sufficient facility for the care of the baby.”

The order indicated that the prosecution commented that the jail provides health services to inmates, and that female breastfeeding inmate are provided with privacy. They also commented that moving Nasino and her baby to the hospital for 12 months would require the government to provide escorts for them at the hospital.

Other requests such as lavatory for handwashing, refrigerator or cooling facilities for storing expressed breast milk and electrical outlets for breast pumps were referred to the local government unit or appropriate agency of the government.

Nasino gave birth to baby River Emmanuelle on July 1 at the Dr. Jose Fabella Memorial Hospital in Manila. A day after she gave birth, she was brought back to the Manila City Jail (MCJ) with her newborn baby.