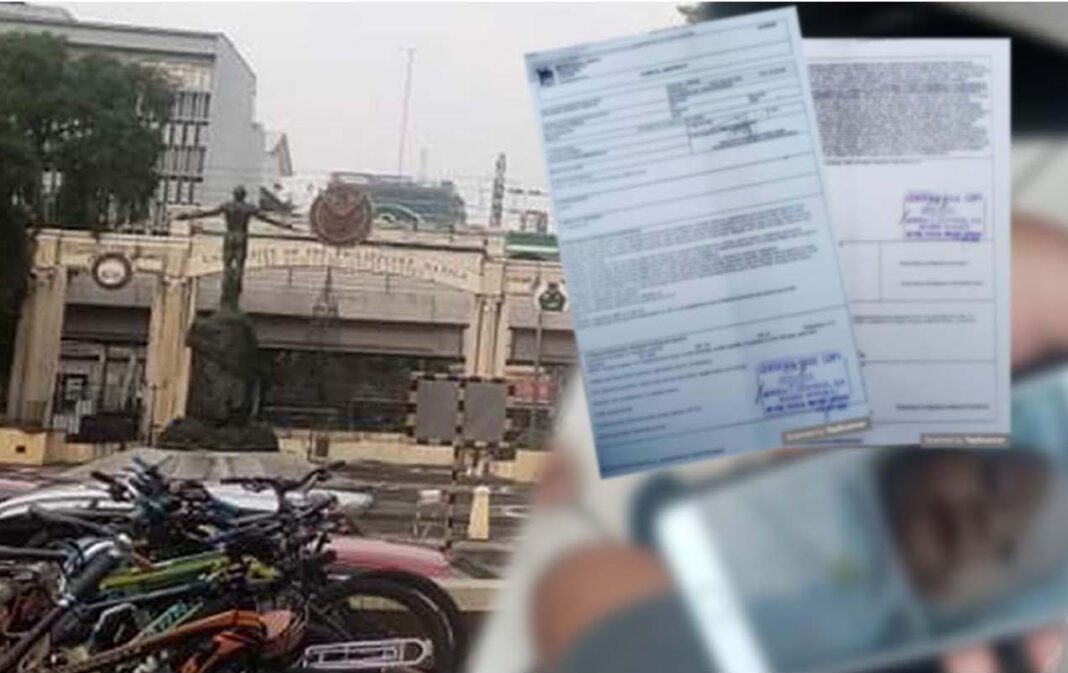 The three-month old baby of political prisoner Reina Mae “Ina” Nasino is in critical condition at the Intensive Care Unit of the Philippine General Hospital. She has been confined in the hospital since September 24.

Baby River Emmanuelle tested negative for COVID-19 a day into her confinement and was later diagnosed to have acute respiratory distress syndrome caused by pneumonia.

The baby was first brought to a private hospital, the only one that admitted her at 4am, after continuing to experience fever, loose bowel and other symptoms despite an earlier outpatient check-up and prescriptions taken. After several hours, she was then transferred to a public hospital due to financial constraints.

“For purely compelling humanitarian reasons, please allow the 23-year old mother to be with her baby before it is too late,” said Atty. Edre Olalia, National Union of Peoples’ Lawyers (NUPL) President.

“Today, October 9, 2020, her pediatrician regretfully reported that the baby’s lungs have succumbed to bacterial infection and are quickly deteriorating. She is no longer responding to medications and may expire any moment now,” said a part of NUPL’s motion.

Nasino gave birth to her firstborn on July 1 at the Dr. Fabella Memorial Hospital. Mother and daughter were returned to jail a day after, housed in a separate room until the newborn was separated from her mother on August 13. A motion and a motion for reconsideration to allow them to be together for at least a year in a hospital or a nursery in the jail were denied.

“Allowing [Nasino] to be reunited with her baby, if only to give her comfort during the last days of her life, will also be in the best interest of the child,” argued NUPL, citing Article 3 of the Convention on the Rights of the Child.

NUPL also argued that Nasino, who is not yet convicted and presumed innocent until proven guilty under the Constitution, is not a flight risk and has no intention of fleeing.

Nasino has been detained in the Manila City Jail Female Dormitory since November 2019, and found out about her pregnancy in jail. She spent her entire pregnancy in jail, getting only one pre-natal checkup.

She is among the 22 pregnant, sick or elderly who petitioned the Supreme Court (SC) for release on humanitarian grounds in April, but the SC remanded the petition to the lower courts, quashing hopes that the process for expediting the releasing vulnerable prisoners—especially those they felt were only in jail for persecution for their political belief, actions and affiliations. The decision was only announced on September 10 despite the decision having been rendered on July 28.

Combined agents of the Criminal Investigation and Detection Group and the Manila Police District raided the Bagong Alyansang Makabayan (Bayan) Tondo office on November 5, 2019 and presented a search warrant to the occupants of the property at the wee hours of that day: Kadamay Manila staff Nasino, Bayan Manila Campaign Director Ram Carlo Bautista and Manila Workers Unity Educational Staff Alma Moran. They were arrested then and continued to be detained to this day.

Similar raids through search warrants where police said to have found guns and explosives happened in several other offices of progressive groups within the week of Nasino’s arrest, such as the arrest of Cora Agovida and Michael Tan Bartolome in their home in Manila and the 59 activists arrested in Negros.