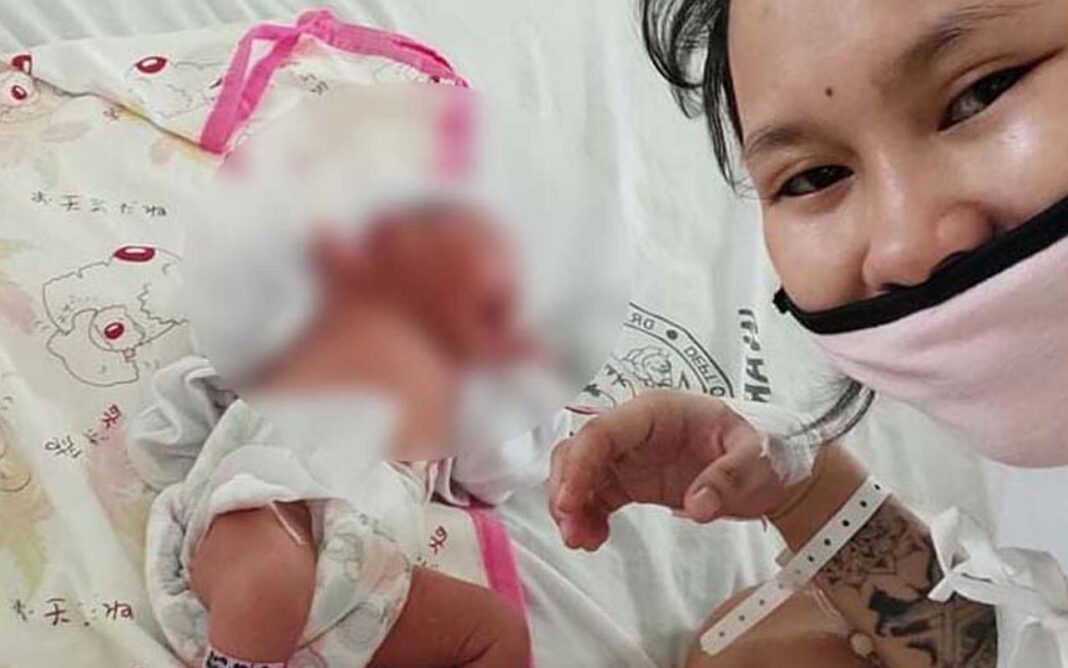 Less than three months old, the baby of political prisoner Reina Mae “Ina” Nasino was rushed and admitted to the hospital on September 24. The baby was first brought to a private hospital, the only one who admitted them at 4am, after continuing to experience fever, loose bowel and other symptoms despite an earlier outpatient check-up and prescriptions taken.

She was then transferred to a public hospital as the guardians of the baby revealed to the doctors and the hospital that they could not afford the rates of the private hospital, given their running bill at the time of decision to transfer the baby to another hospital.

Nasino is jailed since November 2019, spent her pregnancy in jail, gave birth on July 1 and was separated from her newborn daughter on August 13. Political prisoners’ kin group Kapatid decried the separation of mother from infant as “callous and inhumane.”

Nasino’s baby had some yellow skin discoloration at birth and low birth weight that her lawyers attributed to  “tell-tale sign of the difficulties Ina and her infant were forced to go through during those nine months of pregnancy”, as well as lack of prenatal care for getting only one medical checkup throughout her pregnancy.

One of Nasino’s baby’s guardians have told Manila Today that the baby has already tested negative in her COVID-19 swab test. She is still currently admitted in the hospital and various groups continue to appeal for donations for her.

Groups also called for the release of Nasino to allow her to nurture and breastfeed for her baby, which would also help improve mother and infant’s health and immune system especially during the COVID-19 pandemic.

Nasino gave birth on July 1 at the Dr. Jose Fabella Memorial Hospital. She and her newborn were returned to prison after a day.

Her petitions to be allowed to stay with her baby in the jail nursery or to a hospital facility to allow her to care and breastfeed her were denied by the Manila court handling her case on ‘illegal possession of firearms and explosives.’

Human rights and progressive groups have been calling for the release of Nasino as her pregnancy progressed. She is among the 22 pregnant, sick or elderly who petitioned the Supreme Court (SC) for release on humanitarian grounds in April, but the SC remanded the petition to the lower courts, quashing hopes that the process for expediting the releasing vulnerable prisoners—especially those they felt were only in jail for persecution for their political belief, actions and affiliations. The decision was only announced on September 10 despite the decision having been rendered on July 28.

Combined agents of the Criminal Investigation and Detection Group and the Manila Police District raided the Bagong Alyansang Makabayan (Bayan) Tondo office on November 5, 2019 and presented a search warrant to Kadamay Manila staff Nasino, Bayan Manila Campaign Director Ram Carlo Bautista and Manila Workers Unity Educational Staff Alma Moran. They were arrested then and continued to be detained to this day.