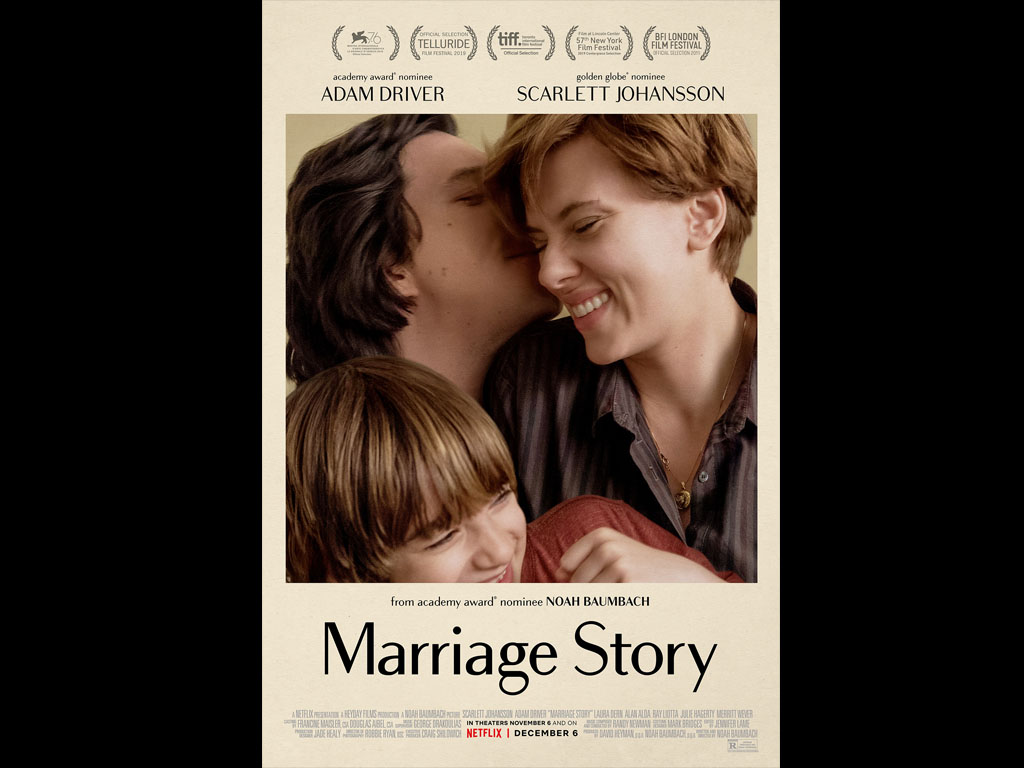 Marriage Story written and directed by Noah Baumbach is a hilarious and heartbreaking recounting of a love story through a divorce. It is a bittersweet look at a relationship that ended, even if the love and affection remained, and had to also be ended on paper. The film is tender and moving, and it pulls your emotions in all directions—which can be credited to forceful acting from its lead and support cast and the way the camera always seems to make the audience look the actor in the face or the eye.

Nicole (Scarlett Johansson) and Charlie (Adam Driver) are divorcing after 10 years of marriage, ending also their work partnership where Charlie is the director of a theater company in New York and Nicole is his frequent leading actress and his muse. They had initially agreed to be civil as they work out their separation and hire no lawyers. They do not seem to have bad blood against the other, and continues to be equally affectionate with their child Henry as with each other. Yet, Nicole is unhappy and has been for a while, and Charlie had a period of extramarital affair with the stage manager, which he said happened when she did not sleep with him for a year. After shooting a pilot in LA where she is from, the pilot goes to a series and Nicole stays in LA with Henry, leaving Charlie behind in New York and eventually suing for divorce to define the situation.

An empathetic lawyer that Charlie later fired for someone who can engage in a ‘street fight’ summed up how crazy and ironic it can get: trying to get child custody or a divorce settlement but ends up draining funds that could have gone to the child’s college education. He also gave the best advice: try to spend as much time with the child because many parents fight for that time but they don’t use it and just wants to win the case.

Speaking about the different standards men or fathers and women or mothers in the notions of family roles, Laura Dern’s razor-sharp female crusader of a lawyer destroys Nicole’s notions of being totally honest and candid with the expert evaluator the court will send to her home to decide on Henry’s custody.

“We can accept an imperfect dad. Let’s face it, the idea of a good father was only invented like 30 years ago. Before that, fathers were expected to be silent and absent and unreliable and selfish… we love them for their fallibilities but people absolutely don’t accept those same failings in mothers…so you have to be perfect, and Charlie can be a fuck up and it does not matter,” lectured Nora.

The film navigates how painful, confusing, dirty and expensive a divorce can be. Good intentions and personalities are sidelined in favor of getting the best settlement for either parties. How Baumbach and the rest of the cast and crew and those who were moved by this film would surely be horrified with the annulment stories in the Philippines as it remains as the only country/state in the world aside from the Vatican that has not legalized divorce!

From #MeToo to #FightBack: review of ‘Bombshell’