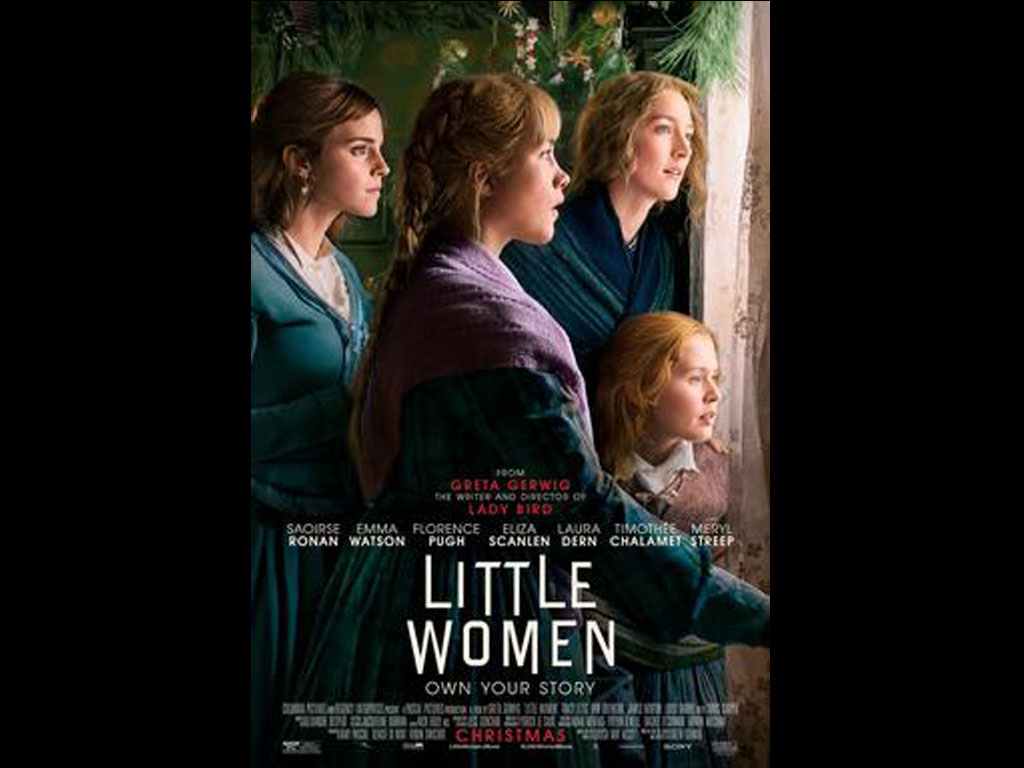 Louisa May Alcott’s 1868 renowned novel Little Women is like a rite of passage for girls, especially when it is part of the school’s book lists to read. It is THE coming-of-age novel of little girls. And its film or television versions, the coming-of-age film that preceded all other coming-of-age stuff of any gender. So, when director Greta Gerwig retold the novel once more, we had to ask why before we decided to see it. And those that do hopefully get past that question, because Gerwig’s film is the modern version that allowed audiences to see these little women beyond ambitious, materialistic girls chasing after rich guys to marry (even so, only two of them tried). They had actual talents, ambitions, and something going for them, but the society at that time would not allow them to have their own identity nor entity. Gerwig chopped up the timeline to underscore these things we did not see or appreciate before about the March sisters, and so as not to follow a steady course to their eventual need or duty to marry when they come of age. This is probably the best adaptation of Alcott’s classic to date.

Jo is a teacher in New York, trying to get published and to earn for her family with her passion for writing and is charmed by professor Freidrich Bhaer who is infatuated with her. Meg is dirt-poor and despite having tried to marry rich, she marries a penniless tutor with whom she is smitten and who helped her family in the toughest times, but not in a financial way. Beth’s illness is recurring and has turned for the worse and she probably does not have long to live. Amy is training to become a painter in Paris, but gave up as she finds far better talents around her, and continues instead to go after her intent to marry rich.

Jo the tomboy, the writer will always be the intelligent sister and many would say they relate to her for wanting and trying to break free from society’s expectations. But for the first time, Amy gets justice as a woman who has a good head on her shoulders (and not just being shrewd for wanting to marry rich). As if mocking Amy’s efforts to get a good marriage (meaning, marry a rich guy), Laurie told her nothing is wrong with that as long as she loves the guy and that the poets may not agree with Amy’s view on love and marriage. To which, Amy answered, and we could applaud:

“Well, I’m not a poet. I’m just a woman. And as a woman, there’s no way for me to make my own money. Not enough to earn a living or to support my family. And if I had my own money, which I don’t, that money would belong to my husband the moment we got married. And if we had children, they would be his, not mine. They would be his property, so don’t sit there and tell me that marriage isn’t an economic proposition. Because it is.”

Gerwig captures the classic’s “ahead-of-its-time” vibe and also gives it a feeling of now. While it is a period drama, we are made to contend with the question: how far removed has the situation today been from that time? Women are still calling for equal pay for equal work, for an end to workplace sexism, an end to rape, sexual harassment and gender-based violence, etc. Marriage, parenthood and divorce is harder for women than men as another Best Picture nominee achingly portrayed. Maybe a story like Little Women needs to be retold over and over or more stories like it need to be told until more and more equality can be had for all the women in the world.

If there was one thing that testified to the truth of #OscarsSoMale (and not just scanning names and finding too few female nominees there), it really is the snub of Gerwig for Best Director for this film.