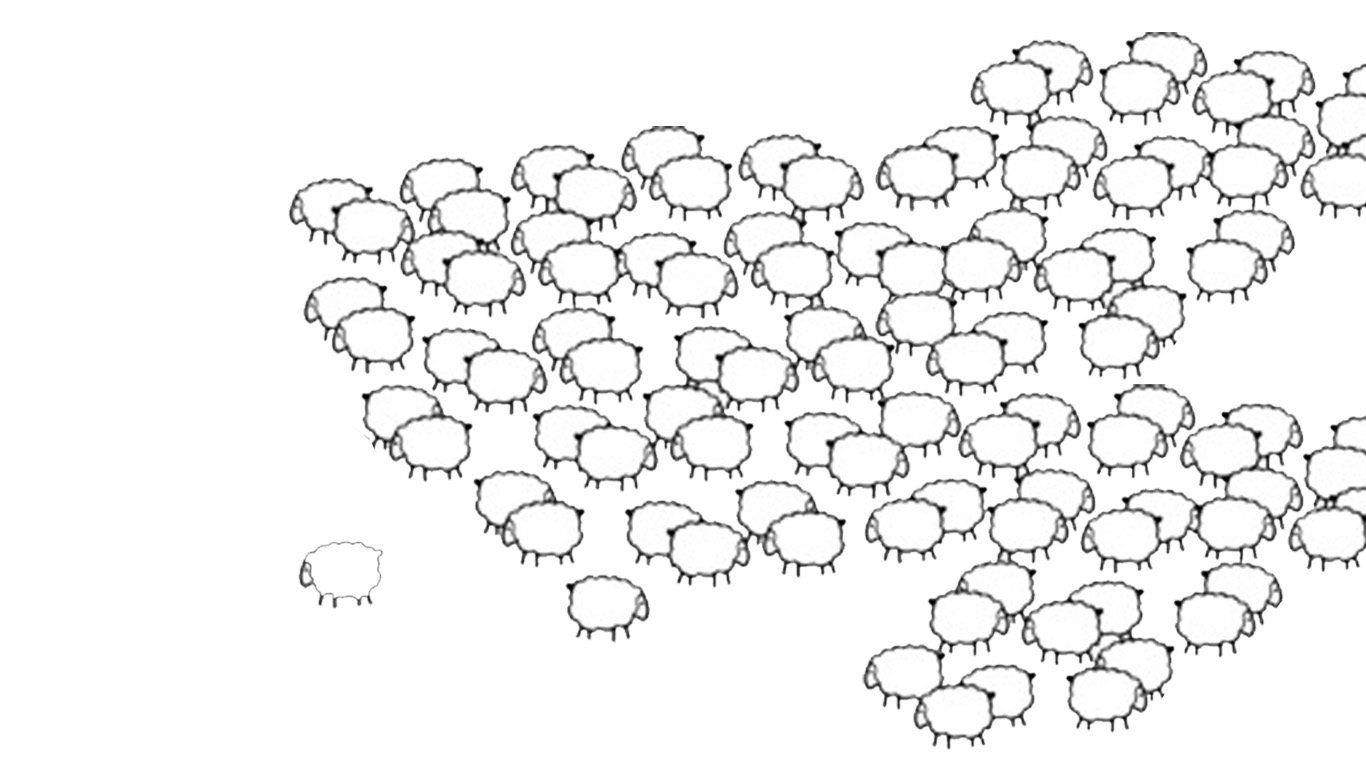 “Opo” and “Siya nga po.” I had lived with these words for more than a decade, believing that my existential uncertainties must be shoved down to my throat, lest I face damnation.

Guinness (or world) records, blessing of extravagant churches, constant recruitment, spiritual maturity that does not reflect reality: these were some, if not all, of the events faithful were busy about amidst the controversies that the nation faced during the 2016 presidential elections. And I was one of them, focusing on the grandiosity of the Church and reserving my personal slot in heaven, while other people, including our brethren who live in the margins, were on the receiving end of national crises to which we have become accomplice. But for us, socio-economic inequalities must not twitch our soul for heaven is our final destination, completely convinced that we are indeed the only chosen ones. We’re taught to exclude ourselves from the political narrative of our country and to remain silent on socio-political issues for we are just travelers on earth.

I was an Iglesia Ni Cristo (INC) member since I was born. As I beheld our doctrines as absolute truth, I had with me a righteous light, which sometimes I had to question, holding on to the teaching that salvation is exclusive for us. So every day, I had to keep convincing my relatives, friends, classmates and even my yaya to participate in our worship services and convert as full-pledged INC.

Every night then, I would always choose to spend my night with my yaya, asking critical questions about the existence of a deity and perusing her religious life. She was a born-again Christian. She had a bible in her luggage, which she would always open every time she’s free from household chores. If there’s one person who taught me how to read the bible, it was her. Given the fact that INC members are not encouraged to read the Holy Bible on their own, that the ministers are the only ones entrusted to interpret the scripture. With fear of being exposed to new ideas, my mother would always prevent me from joining her bible readings. But every time, I would resist and insist. From then on, I learned how to hold on to our differences, traversing it with tolerance.

Coming of age, I had a problem accepting that only the “chosen ones” or those who faithfully remain inside Iglesia Ni Cristo will be saved. It was hard for me to accept that my father who rejected fundamentalist teachings of INC, my sister who is in a same-sex relationship, the brother of my grandmother who is mentally ill and was not able to attain formal education, and my yaya who has a caring heart would not be saved from the fires of hell come the judgment day simply because they are not part of what INC members believe as the “only flock” of Christ. Every time I would question my theological underpinning, I would just disparage it with a myopic strike: “I should only pray when I am in doubt.” It was a faith, without reason. And yes, on a daily basis, I lived.

It’s a reality I had lived with. For me, it’s not a convenient choice, as others would put it; it’s a monster, which suddenly became a wake-up call, that creeped up on me every time I could no longer traverse the widening distance between me and the fundamentalist views of my brethrens. Indeed, it’s in disturbance that we probe ourselves and our beliefs, through which we liberate ourselves and learn to face the other side of change: suffering.  In that manner, I’ve had come to embrace the joy of upheavals and accept that, in the pursuit of truth, one must willingly fit into the space of existential uncertainties which, for me, is a gathering of vigor that pushes us to challenge our demons and spurs us to move to another place, where we can discover new things or forward leaps.

I took a great leap when I entered college. The academe has prompted me to examine my beliefs, evaluate my existence, balance the pendulum of my uncertainties, and take sides whenever confusions arise. It became a safe haven for a teenager who once felt guilty of questioning the faith he had grown up with. As time passed by, it became unbearable to become spiritually righteous while being deaf to the agonies of people created in the likeness of God. It is now impossible to dismiss the true ills that ail our society and unlearn the material power structures that wreak poverty and systemic injustice.

Everything, including our fundamental rights and freedoms which I believe God has given us, seemed to be overridden— in 2016, it’s done in the worst way which any religious person who values the sanctity and dignity of life could not think of. This time I could no longer fathom the Church administration’s decision of supporting the presidency of Rodrigo Duterte who does a Machiavellian and has a penchant for blood and the vice presidency of Ferdinand Marcos Jr., the son of the late dictator Ferdinand Marcos Sr. who, until now, enjoys the ill-gotten wealth of his family and has publicly endorsed the return of death penalty. Never mind if these two are anti-thesis to the dignity of life as long as the Church is secured. After all, it’s for the good of the church, not of the people.

For the good of the church, we’re dignified perpetrators of inhumane policies. For the sake of peace, which is devoid of justice, we’re trained to become docile sheep not just for the church, but also for cheap and docile labour of greedy corporations. Our brethrens who suffer injustices in their workplaces are prohibited from joining unions and picket lines, just like how we are banned from participating in any form of protest or social mobilization. We’ve become subtle criminals fostering solidarity with greedy businessmen, tyrants, mass murderers and plunderers.

INC’s humanitarianism, which includes relief services and medical missions, is plain tokenism to non-members for full conversion inside the “only flock” of Christ. It does not address the root causes of poverty, resigning from the social responsibility of lobbying reforms for the welfare of majority who are poor. Landlessness, inhumane wage system, contractualization and other social pressing issues that need concrete solutions are either caused by disobedience to the teachings of church or are trials to face while we travel on earth. As faithful travelers whose real residence is heaven, we resign from the social obligation to stand with the victims of injustices, a glaring irony that demarcates itself from Christ’s mission of liberating the slaves from their oppressors and opposing imperial tyrants who brought miseries to his people. Now I have to ask: Where have they hidden the sacrificial lamb?

After the 2016 elections and at the time Duterte assumed public office, I became more exposed to the realities of my country, if not the whole world. Who would be detached from the material world if the airwaves of radio and television are filled with a plethora of kill-kill-kill policies that welcome a culture of impunity. Amidst the spate of killings that happens without due process, INC has kept its silence.  Most of its members have even cheered for the deaths of suspected drug addicts. But it would be wrong to put the whole blame on them because they are just victims of a powerful institution that dictates the moral compass and navigates the political choice of the whole. They are just faithful servants who believe that disobeying the church administration is tantamount to defying the will of the Lord.

After the realizations, I never looked back. There was a feeling of guilt for embracing a sudden change, but it became fulfilling when I finally accepted that the pursuit of truth is a long process that demands judgement— sometimes not finality for things undergo dialectical change. As I write this, I hurdle a mountain of inquietudes. But the turn cannot complete itself as I finally see Jesus in the eyes of wailing mothers in urban poor communities, contractual workers who are inhumanely treated in their workplaces and jailed inside filthy enclaves, indigenous peoples who are displaced from their ancestral lands, starving farmers who are at the receiving end of gun barrels, and the rest of oppressed peoples who share miseries with those of Christ.

Now, I pray not as a passive reaction to injustices, but as an active invitation to the people’s struggles.

Of Courage and Cowardice