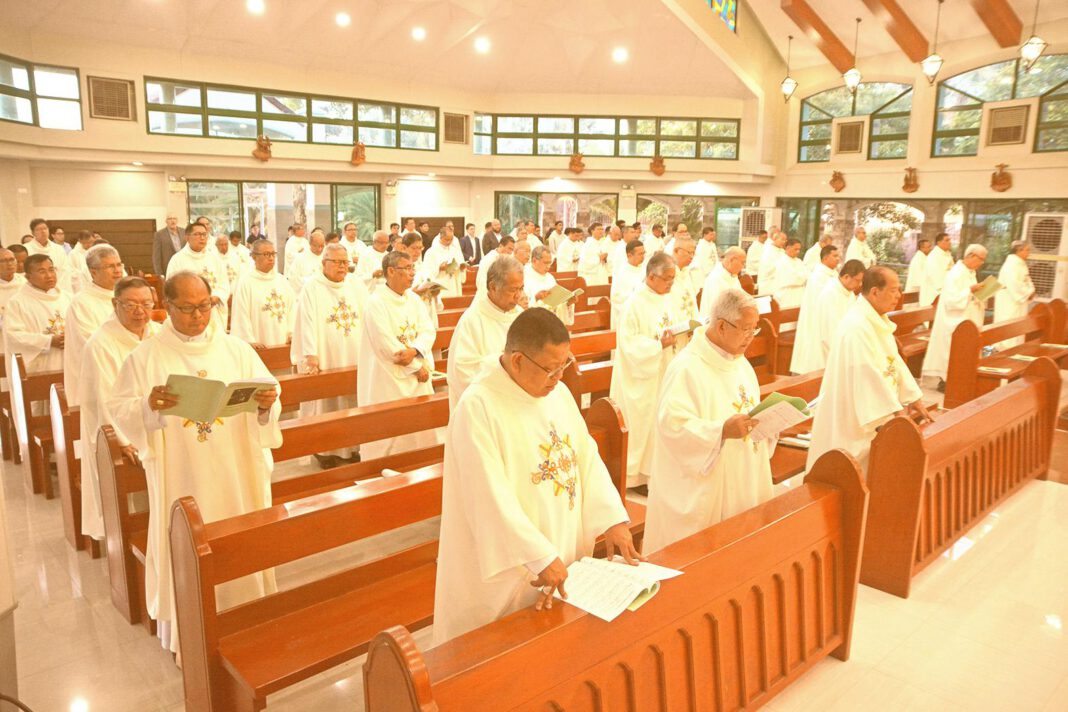 On July 19, 2020, the Catholic Bishops Conference of the Philippines (CBCP) issued a Pastoral Letter and a Call to Prayer signed by the Most Rev. Pablo Virgilio S. David, D.D., Bishop of Kalookan and Acting CBCP President.

In this letter, the CBCP echoes the voice of the people of criticizing the Anti-Terror Act of 2020 and other pressing issues, including false accusations concocted by Philippine National Police against critics and the closure of ABS-CBN.

The Pastoral Letter is basically issued for the guidance of the Roman Catholic Church faithful and for the Filipino people in general, considering that the most affected on issues being raised by CBCP is the general public.

The CBCP questioned “the manner in which the contentious Anti-Terror Bill was fast-tracked and approved in both Houses of Congress while the whole country’s attention was focused on the Covid-19 pandemic.” The CBCP criticized legislators who “did not even seem to care that many of the people they represent were against it.”

“The dissenting voices were strong but they remained unheeded. None of the serious concerns that they expressed about this legislative measure seemed to be of any consequence to them,” the Pastoral Letter pointed out.

In the Pastoral Letter, the CBCP raised concerns on how even before the law was passed, abuses have been committed, as they “draw consolation from the groups of lawyers and ordinary citizens that have filed petitions before the Supreme Court, questioning the constitutionality of the newly signed law.”

The CBCP said, “We know full well that it is one thing to be actually involved in a crime and another thing to be merely suspected or accused of committing a crime.”

The Bishops remembered Martial law declared in 1972, which legalized “warrantless detentions”, beginning with “arrest, search and seizure orders” (ASSOs) and “in just the recent past, the law has been used too many times as a weapon to suppress legitimate dissent and opposition, we cannot but share in the apprehensions expressed by the lawyers and ordinary citizens that filed the petition against the said infamous law before the Supreme Court.”

The CBCP letter echoed sentiments, in which during the campaign of the people to oppose the Anti-Terror Bill, these voices were not heard and the Anti-Terror Act of 2020 was approved and is in effect by July 18, even without the Implementing Rules and Regulations (IRR).

The people should thank the CBCP for this recent Pastoral Letter because this letter joins and strengthens the ranks of those resolved to oppose the “terror law” in all avenues, like Congress, courts, churches, communities, international communities, streets, etc.

Because of this letter, the people should draw the Bishops to be more prophetic in addressing the social issues that hurt the people.

The people should also draw the Bishops to participate in restoring democracy, decency and order in Duterte’s administration through active participation in protesting violations of press freedom, freedom of expression and human rights. The people need actual solidarity and accompaniment.

Thus, the CBCP’s prayer would be more meaningful to the people: “May the crisis brought about by the pandemic bring about conversion and a change of heart in all of us.  May it teach us to rise above personal and political loyalties and make us redirect all our efforts towards the common good.  May we be guided by your Spirit to respond with mercy and compassion for the poor, the disadvantaged and the most vulnerable sectors of our society. For we know that what we do for the least of our brothers and sisters we do for you. AMEN.”