Home OPINION Who is Mr. Jeffrey Celiz or “Ka Eric” Almendras and Why the... 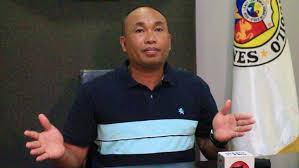 These facts, which can easily be verified by official records, belie and destroy the allegations of Mr. Celiz and Gen. Parlade and that their claims are illogical, contrary to experience and common sense, much less meet universally-accepted standards of credible, competent and admissible evidence.

A shot at redemption?

After President Duterte linked him to drug activities in Iloilo City, Mr. Celiz suddenly disappeared from public view while Mayor Mabilog fled abroad. Mr. Celiz left his work at the city hall too. Since that time, no one in Iloilo City heard from him anymore.

Now Mr. Celiz reappeared suddenly as star witness of Gen. Parlade. Mr. Celiz is claiming that he is doing all of this to redeem his self. But facts do not lie.

Why only now Abyan Jepoy? Since 2008, when he “surrendered” to Secretary Gonzales, he could have already spilled the beans against the persons he was red-tagging now. He did he not do it then when red-tagging was already prevalent or even during the time of President Noynoy Aquino. Why only now at the time of Duterte?

Having closely known him for the longest time, my studied opinion is that he is afraid to be a victim of extra-judicial killing under President Duterte’s anti-drug war. In Pres. Duterte’s time he felt he is not safe anymore. Spouses Odicta were killed. Mayor Mabilog fled. So no one can protect him or offer sanctuary to him anymore.

My view is that Mr. Celiz sought the protection of the military in 2017 by lying or “selling” to them his supposed “extensive” knowledge of the operation of the left. He lied to the military in exchange for protection because he is a drug personality. And we all know that during this time of Duterte, known drug personalities, one by one, are killed.

So he was desperate and saw an opportunity for protection with the military.

There is no truth to his allegation that he is doing these things to redeem his self with the military as his redeemer. The truth of the matter is that he had no one to turn to and ask for help. That is why he tried his luck with the military and offered his wild imaginations of his supposed high-level involvement with the CPP-NPA to his military handlers and masters who are now his custodian and protectors.

And the latter gladly presented and are using him as their “living witness” of the alleged atrocities committed by the CPP-NPA and the alleged links of legal mass organizations and personalities.

Celiz is lying and is lying through his teeth.

(Ed note: Jeffrey Celiz was part of the list of drug personalities President Rodrigo Duterte read out in his speech in a visit at the Naval Forces Eastern Mindanao in August 7, 2016. Celiz was erroneously identified by Duterte as congressman, partylist, Panay chapter, despite not having been a legislator. Celiz then clarified he had ceased to hold any position at city hall starting February of that year.)