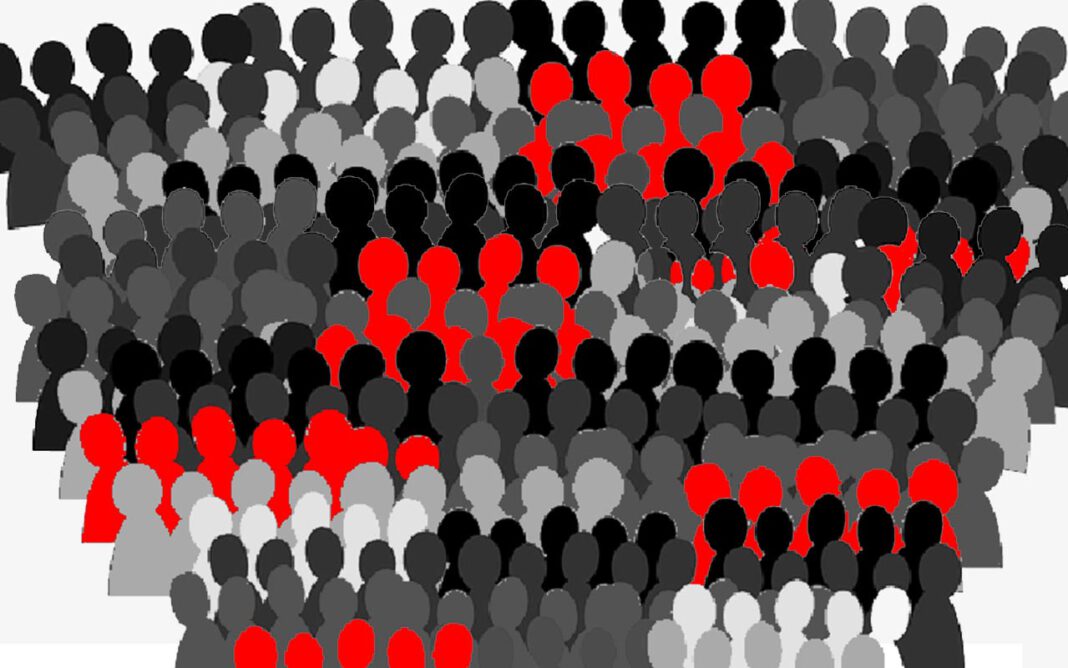 In an article published by the International Peace Observers network (IPON), Red Tagging or “red baiting” “describes the practice of state actors to publicly and detractively classify government-critical individuals and organisations as state enemies, communist terrorists or members of communist front organisations with the purpose of overthrowing the democratically legitimized state authority.”

In his Dissenting Opinion in the case of Zarate, et al. vs. Aquino, et al., Associate Justice Marvic Leonen opined that Red tagging or “red-baiting” as described in this case, was the Philippines’ version of McCarthyism:

“To make it easy for military and paramilitary units to silence or cause untold human rights abuses on vocal dissenters, government agents usually resort to stereotyping or caricaturing individuals. This is accomplished by providing witnesses who, under coercive and intimidating conditions, identify the leaders of organizations critical of the administration as masterminds of ordinary criminal acts. Not only does this make these leaders’ lives and liberties vulnerable, a chilling effect on dissent is also generated among similar-minded individuals.”

Further, Special Rapporteur on Extra-Judicial Summary of Arbitrary Executions Philip Alton, also spoke of this “red-baiting” in his Report, as:

“The phenomenon of implicating progressive civil group leaders to heinous crimes is called “red baiting.” [It] is the “‘vilification’, ‘labelling’, or guilt by association” of various democratic organizations. These groups are stereotyped or caricatured by the military as communist groups, making them easy targets of government military or paramilitary units.”

Gleaning from the foregoing, the concept of Red-tagging or Red-baiting can be simply understood as the practice engaged by the government, military, police or its agents and proxies of branding an individual or an organization as a member or a front, respectively, of the underground armed communist movement simply because such individual or organization is openly critical of government policies and programs or takes positions on issues of public interest that are disfavored by the government.

Worse, the practice has even expanded to labeling such an individual or organization as “terrorists” and as such, are enemies of the state.

The practice of red-tagging has no other purpose but to silence dissent and criticism and repress the growing opposition against the government for its anti-people policies. With the government’s avowed goal of ending the communist insurgency through a so-called “whole of nation approach” in tandem with draconian measures like the Anti-Terror Law, without however effectively addressing the root causes of such insurgency, the State now turns its forces towards the unarmed civilians and groups who are simply exercising their basic rights and fundamental freedoms in a democratic society.

3. Who are the targets of red-tagging or red-baiting?

As such, any person or organization who openly, critically and assiduously asserts the basic human rights as enshrined in the Philippine Constitution, existing laws and international covenants to which the Philippines is a signatory are or will be tagged as communists-terrorists.

Even in the simplest expression of disapproval of, or disagreement with a government policy or action or inaction, one is susceptible of being red-tagged. Those who legitimately support, in one way or another, an individual or an organization that espouses human rights, social justice and good governance and accountability, can also be invariably labelled as communist-terrorist.

The forms of red tagging vary in progressive degrees: from a simple text message to a comment or post in social media, to public statements and packaged public fora and disinformation campaigns, to the more gruesome form of leaflets, posters, and huge and ugly tarpaulins featuring the victims’ names and faces linking or labelling them as armed combatants which are hung at strategic locations around the cities or municipalities where they reside or take action.

It can also involve fake or forced surrenders of so-called rebel returnees and falsely implicating individuals as armed combatants or involved in armed operations of the rebels.

Moreover, the contrived and baseless connection between such individuals and organizations maliciously labelled as “communist fronts” in terms of “indoctrination” or “recruitment” primarily of youth and students to underground organizations is peddled in public by the military, police, their dubious assets and even by public officials.

This narrative of recruitment and the imagined nexus has recently been categorically debunked as baseless by the Department of Justice itself in a case filed by misinformed mothers of activists who are being goaded by security officials and by enablers including lawyers.

These forms, singly or collectively, are taken as a warning to both the victim and the public: for the victim to stop whatever she or he is doing, otherwise, she or he shall face dire consequences not only to her or his life, but also that of her or his family and colleagues in the organization; and to the public, to not to trust, follow or listen to the victims as they are “enemies of the state”.

5. Why is this dangerous; repercussions

Red-tagging is dangerous because it sends a chilling effect on the people’s exercise of basic rights and fundamental freedoms. Because of red-tagging, one may think twice to speak up on an injustice, or to support a legitimate cause or to assert one’s legitimate rights for fear of being tagged as a communist-terrorist. In this sense, red-tagging deprives the people of their very humanity of caring for each other and in striving to achieve a social order that is just and free from oppression.

When one is red-tagged, he or she is subjected to many forms of threats, harassments, intimidation and public scorn. Moreover, being tagged as a communist or terrorist is dangerous because it blurs the line between an active combatant and a legitimate activist or ordinary critic and thus places the victim on unfair grounds, as one who is labelled as a terrorist can then be attacked as if she or he is an armed combatant. If not gunned down or summarily killed, she or he faces judicial harassment in the form of trumped-up charges of non-bailable offenses so that she or he would languish in jail.

As elaborated by NUPL President, Atty. Edre U. Olalia:

“Red-tagging violates the principle of presumption of innocence, of the freedom of association and is equivalent to guilt by mere association. In essence, it is a “done process” instead of “due process” because red-tagging condemns before it hears and is based on “evidence” that is not credible, competent or admissible & even on no evidence at all. And aside from these constitutional grounds also recognized in international human rights instruments, it is contrary to the principle in international humanitarian law that civilians and non-combatants are not legitimate objects of attack or should not be targets of reprisal.” #