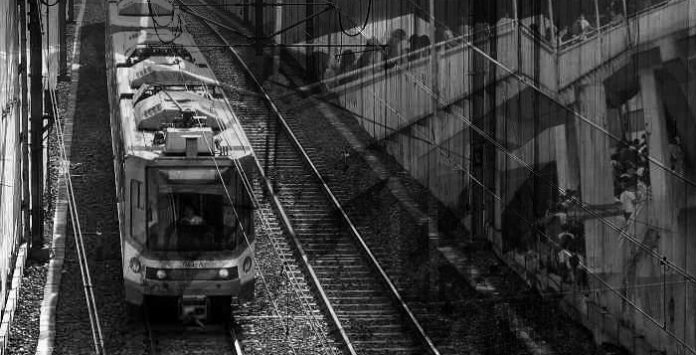 When more people take mass transportation, it can be seen as a sign of progress. People from different economic backgrounds reap the product of their taxes through an effective transport system. But when the taxpayers have to endure insanely long lines, inefficient ticketing systems and possible fatal accidents, mass transportation falls to stories of tragedy, rather than success.

The Philippine train system is one such story of tragedy.

We’ve all heard of the horror stories. Some of us experience it in a daily basis, commuting to and from work, school, or home. For urban residents, the railway system, particularly the Light Rail Transit (LRT) and the Metro Rail Transit (MRT), is the lesser evil to the Hell we know as the streets of Metro Manila. But the elevated railways offer not comfort or speed, but simply another attempt of Filipinos trying to escape the brutality of commuting in the city.

It is a shame that our train system has fallen into a spiral of tragedies. The fact that we have had a railway system for over 120 years and was considered as a railroad pioneer in Asia, the Philippine government has not taken an active step in improving the railway system. It left the Philippine National Railways (PNR) a moving garbage cargo, and the LRT and MRT as doomsday vehicles.

The news on the recent train accidents merely validate the inefficiency and risks posed by these transit systems to the commuters. After the MRT rammed against the metal stoppers at Taft Station on August 13, Department of Transportation and Communication Secretary Joseph Abaya blames “human error” for almost 40 injured commuters. No word about the inefficiency of the transit system itself, from its ticketing process to its cramped cars.

Nothing. In fact, after taking the train weeks after the incident, he deemed it to be a “pleasant ride.” It might have been true for him at 1 PM, but the story would be completely different had he taken it during peak hours. (We are still challenging you to do the rush hour challenge, Sec. Abaya.)

Abaya’s arrogance over the MRT incident spills over as he declared that the riding the train is a “personal choice.” Disgruntled commuters, however, really do not have a choice. To line up a kilometre for a train ticket or to endure a sickening road congestion in buses or jeepneys: the Filipino commuter is subjected to weigh between lesser evils, but face almost the same level of danger and uncertainty every single day.

Riding the MRT is a harrowing experience. To experience it every day is to submit yourself to physical and mental torture, and it can easily disillusion the common commuter that this is the best “choice” there is.

The government should take a more active role in the country’s mass transportation system. Particularly with the MRT, which has been handled with a private company that seems to only get a slap on the wrist whenever accidents happen. As privatization continues to take over public services, the goal becomes profit and not quality service to the people.

[quote_center]Now, riding the MRT is a truly dreaded experience: the pushing and pulling and cursing strips the commuters of their humanity[/quote_center]

I fell in love with trains when I first read about them in books, and when I first rode the brand new LRT as a child. Now, riding the MRT is a truly dreaded experience: the pushing and pulling and cursing strips the commuters of their humanity, of their pakikipagkapwa-tao. If this is the “choice” that Abaya brings to the table, I will strongly dispute him – not until he rides the MRT everyday with all of us, the Filipino commuters, from long lines during rush hours to cramped cars that move unsteadily on neglected and frightening railways – until he can repeat again with dignity that the MRT is a “pleasant ride” at all. #