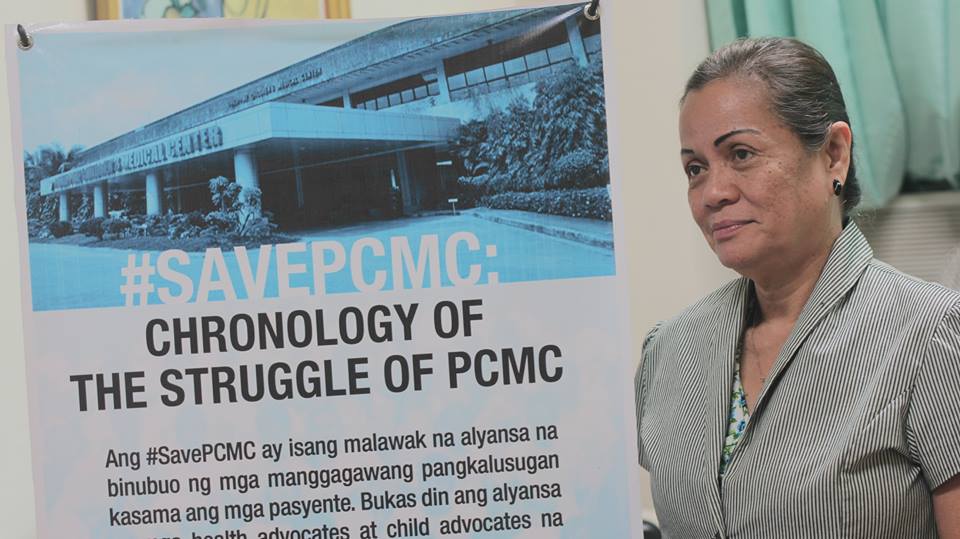 The Philippine Children’s Medical Center management is willing to return unused money pooled from the Disbursement Acceleration Program, which essential parts have already been declared unconstitutional by the Supreme Court on July this year. Jara Corazon Ehera, Deputy Director for Hospital Support Service and the standing spokesperson for the PCMC admitted that they have indeed received money from the Palace and upon knowing that such fund is DAP the hospital management has then decided readiness to return money which are yet to be disbursed by the PCMC.

Ehera said in an interview with Manila Today that they were totally unaware that the money they received is DAP and thought that it was the Priority Development Assistance Fund (PDAF) or the legislator’s share of ‘pork barrel’ they thought they received as it was they have been used to prior another Supreme Court decision also ruling PDAF as unconstitutional.

DAP which is the brainchild of President Aquino and his Budget Secretary Florencio “Butch” Abad has been defended by the Palace several times and even after the SC decision on its legality, the Palace and its party has maintained its stance that DAP has been done ‘in good faith’ and is therefore legal or constitutional. According to the website of the DBM which has a page dedicated to DAP, PCMC has received a total of P280 million for capital outlay and equipment renovation. But on a separate part in the DBM website it also indicated that PCMC also received an additional P12 million as financial assistance for “Indigenous patients.”

Ehera also disclosed that they were able to procure some equipment that they never imagined they would have. Included on the list of things PCMC submitted to Malacanan is an MRI imaging machine, which they were able to acquire, and is now fully operational. However, Ehera also noted “we actually want to keep mum on the issue because we benefitted from it (DAP) but knowing that DAP is wrong, it is unconstitutional then we must abide the law and return the unused money.” ###