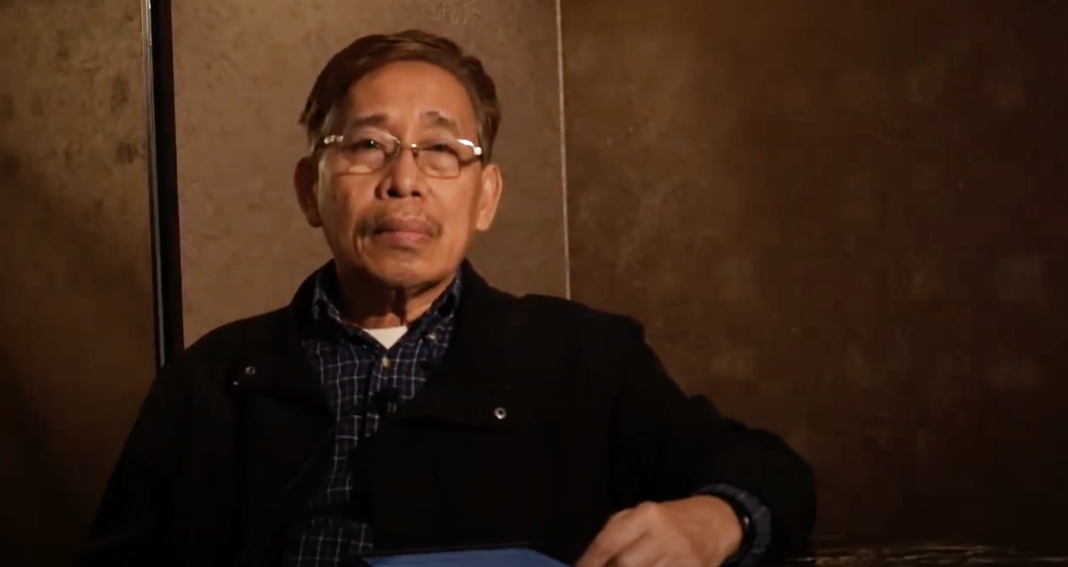 Anakpawis Partylist and Kilusang Magbubukid ng Pilipinas (KMP) condemned the killing of its national chairperson Randall “Randy” Echanis, an elderly peasant activist and peace consultant of the National Democratic Front of the Philippines (NDFP).  Echanis, 72, along with a still unidentified neighbor, were killed inside a rented house in Novaliches, Quezon City, during the wee hours of August 10, according to initial reports.

Echanis was arrested and detained three times during the Marcos, Aquino, and Arroyo administrations. He was released in 2010. He continued his advocacy work advancing peasant’s rights after his release.  He became Anakpawis’ third nominee during the 2010 partylist elections and he participated in the peace talks from 2016 to 2017.

“Our anger is beyond words. This is a culture of extrajudicial killings with impunity under the Duterte regime. This is a declaratory act that national leaders of legal-democratic movement are now targeted to be killed by the Duterte regime. The entire civil society, human rights advocates and freedom fighters must totally denounce this criminal act,” Casilao said in a statement.

“While the country is bearing the onslaught of the COVID-19 pandemic, state-backed mercenaries and death squads remain on the loose and wreaking havoc on activists and freedom fighters,” Rafael Mariano, KMP Chairperson emeritus said in a statement.

“Is there no more space at all for robust dissent, protest and advocacy if it will rock the boat of the powerful and privileged political and economic rulers? Where will the people go thence for their legal struggles if they are not welcome?” said Olalia.

Echanis participated in the almost five rounds of peace talks under the administration of President Rodrigo Duterte from 2016 to 2017. The fifth round of talks was cancelled with the Government of the Philippines (GRP) panel’s withdrawal from the talks, saying they will participate “until such time an enabling environment conducive to achieving just and sustainable peace in the land through peace negotiations across this table”, though participants were already in The Netherlands.

Echanis was a long-time consultant of the NDFP and a member of the NDFP Reciprocal Working Committee on Socio-Economic Reforms.

The talks between the GRP and NDFP during Duterte’s administration tackled the Comprehensive Agreement on Social and Economic Reforms (CASER), mainly featuring agrarian reform and rural development and gained popular public support.

Echanis actively took part in peace forums around the country to explain CASER to the public.

Four formal rounds of talks and seven meetings in the Philippines produced a common outline for the CASER and common drafts on the sections of agrarian reform and rural development (ARRD) and national industrialization and economic development (NIED).

The talks, however, would not continue after 2017. Duterte issued Proclamation 360 to terminate the talks and also tagged their counterparts in the peace talks as terrorists. Backchannel talks were held in 2018 to continue the talks, but GRP cancelled peace talks resumption.

The GRP also terminated the Joint Agreement on Safety and Immunity Guarantees (JASIG) in 2017,  terminating safety guarantees, stated as “free and unhindered passage in all areas in the Philippines, and in traveling to and from the Philippines in connection with the performance of their duties in the peace negotiations” that are co-terminus with the peace talks.

Olalia held, however, that immunity guarantees remain even if peace talks are terminated. But since then, peace consultants who attended the peace talks were re-arrested such as Adelberto Silva, Vicente Ladlad, Renante Gamara, Rey Casambre and Raffy Baylosis, while Randy Malayao was the first to be killed execution-style. Echanis was the second after Malayao.

Echanis was the deputy secretary general of KMP. He spearheaded nationwide campaigns for genuine agrarian reform including free land distribution to Filipino farmers. According to Anakpawis, he was instrumental in crafting the Genuine Agrarian Reform Bill (GARB) repeatedly filed in Congress since its first filing in 2007.