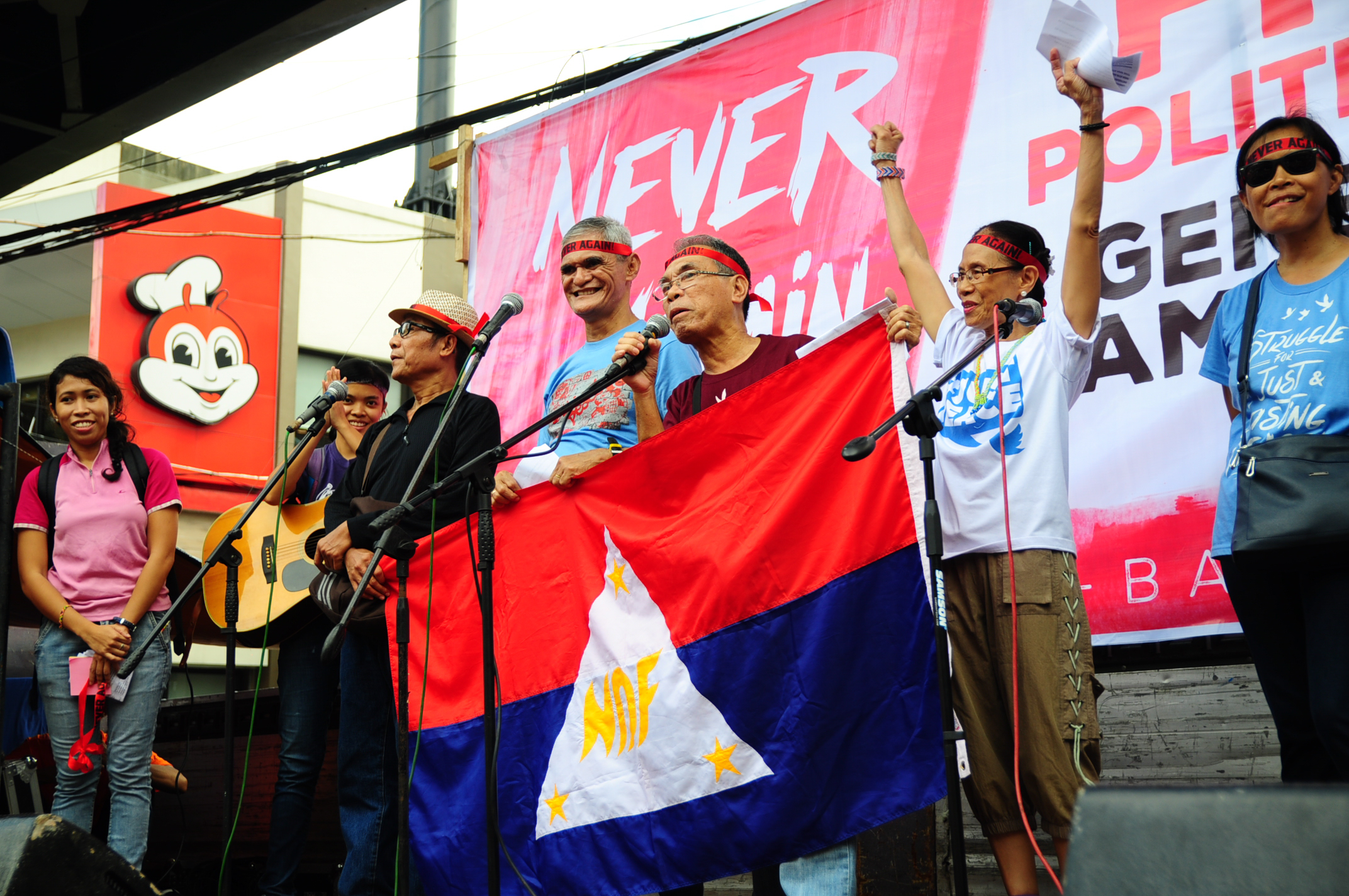 The Office of the Presidential Adviser on the Peace Process had sent a letter via e-mail to the NDFP regarding the termination of JASIG on February 7.

Olalia said that effectivity of the termination of the JASIG takes effect only after 30 days from receipt by the NDFP of the notice of termination. Until the 30-day grace period lapses, all the JASIG guarantees remain.

He recognized that the safety guarantees, stated as “free and unhindered passage in all areas in the Philippines, and in traveling to and from the Philippines in connection with the performance of their duties in the peace negotiations” are co-terminus with the peace talks.

He held, however, that immunity guarantees remain even if peace talks are terminated.

“Immunity guarantees are perpetual and permanent and remain in force even after the JASIG is terminated and the formal peace negotiations are effectively terminated precisely because the rationale is to protect them and encourage their participation or involvement in the peace process without running the risk of any such punitive action thereafter,” said Olalia.

Olalia also said that the NDFP consultants are validly out on bail: there are no valid outstanding and unused or unserved warrants of arrest for them and there are no court orders cancelling or shortening their cash bails as there are no existing legal grounds to do so.

“Will they still be arrested by the PNP and AFP notwithstanding the above? Or will the GRP honor binding and solemn bilateral agreements or follow the proper legal and judicial procedure? That is, of course, an entirely different question to be answered,” said Olalia.

In the past days, Olalia promptly released several legal opinions responding to rash, successive pronouncements of President Rodrigo Duterte regarding the peace negotiations with the NDFP.

On Duterte’s statement of cancellation of peace talks on February 4, Olalia and the NDFP asked for a written notice of termination to consider the consequences following the president’s decision. They reminded that the JASIG remains in effect prior to the notice of termination’s 30-day grace period.

Duterte’s terrorist tag for the CPP-NPA-NDFP had Olalia responding that “the CPP-NPA-NDFP cannot be considered terrorist organizations because they adhere to international humanitarian law on the rules of war and especially on the protection of civilians and non-combatants.”

On Duterte’s verbal rearrest order of political prisoners on February 5, Olalia said that “NDFP consultants are covered by the JASIG, their temporary release under the jurisdiction of the courts and that Duterte and the GRP peace panel has not provided a written notice of termination of the peace talks.”

When Philippine National Police Chief Ronald Dela Rosa said that the NDFP consultants would be arrested using old warrants, Olalia described it as a “legal contortion” and said that “Warrants deemed served have been extinguished upon their earlier arrest and after being taken into custody and effective jurisdiction by the courts. [The PNP] Need new valid court order or valid bench warrant to rearrest them. Bail stands unless cancelled, which is not the case.”

He also raised the alarm on violation of rights and due process in the PNP Chief’s logic saying “it would mean even those have posted bail, have been acquitted, served their sentence or pardoned can still be arrested later because old arrest warrants have not been ‘quashed’.”

Olalia also warned that, “The arresting officers and personnel can be held liable for illegal, arbitrary arrest, detention, damages and other charges.”

NDFP does not acknowledge OPAPP letter

“It is unreasonable for any Party to unilaterally terminate the peace negotiations without just cause and squander the gains so far achieved,” said NDFP Panel Chair Fidel Agcaoili in a statement.

Agcaoili enumerated gains in the third round of talks concluded only two weeks after Duterte’s announcement of peace talks cancellation, being headway in the social and economic reforms agenda, signing of Supplemental Guidelines to the Joint Monitoring Committee, exchange of drafts for political and constitutional reforms and a late February schedule for the reconstitution of the JASIG list and bilateral ceasefire discussion.

Agcaoili also noted that the letter was improperly addressed and sent.

He concluded that for all the reasons he gave, “the NDFP cannot acknowledge receipt of the 07 February 2017 email letter of Sec. Dureza. The NDFP cannot be a party to an unjust, unreasonable and improper termination of the JASIG. The GRP bears full responsibility for its unilateral decision.”