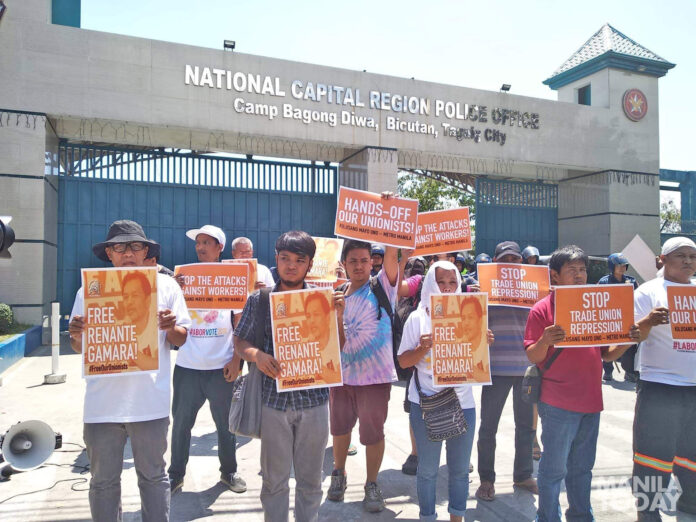 The arrest was made after President Rodrigo Duterte terminated the appointments of the Government of the Philippines (GRP) negotiating panel on March 18.

Gamara, 62, and his companion, Arturo Balagat, a former priest, were reportedly arrested by combined elements of the Special Action Force (SAF) and the Philippine Army. They were brought to Camp General Pantaleon Garcia in Imus, Cavite at around 10:30PM on March 20, and are now held in NCRPO Bicutan. Both were charged with illegal possession of firearms and explosives–almost the same charges slapped against eight arrested consultants at the time of their arrest. Warrants followed after the arrests, mostly non-bailable criminal offenses.

Gamara took part in the first to the canceled fifth round of the peace talks from August 2016 to June 2017 as a consultant to the reciprocal working group on political and constitutional reforms. He posted bail on August 2016, following President Rodrigo’s orders and confidence building measures in the talks, so that jailed consultants could join the talks.

Gamara was previously arrested over murder charges in April 2012, where he reported being tortured while in detention. He is covered by the Joint Agreement on Safety and Immunity Guarantees (JASIG), an agreement that seeks to provide protection and “free and unhindered” passage for individuals involved in the three-decade peace negotiations between the GRP and the NDFP.

Meanwhile, Duterte again declared the termination of the peace talks between the GRP and the NDFP on March 21.

“I am officially announcing the permanent termination of our talks between the government panel and the Communist Party of the Philippines,” Duterte said in a speech at the 122nd anniversary of the Philippine Army at Fort Bonifacio in Taguig City.

“Maybe they can talk with the next president,” the chief executive added.

Duterte has previously declared the termination of the talks on November 2017 through Proclamation 360 that was signed on November 23, 2017.

Karapatan deputy secretary general Roneo ‘Jigs’ Clamor said that as of December 2018, there are 548 political prisoners in the country. Of this number 119 are sickly, 48 are elderly and 66 are women. The arrest of Gamara puts the number of detained NDFP consultants to eight.

Roy Jerome Barbarosa - Feb 19, 2020
0
In April 2018, the then Infantado-Ylagan administration of the National Teachers College (NTC) turned over the school rights to the Ayala Corporation’s AC Education,...