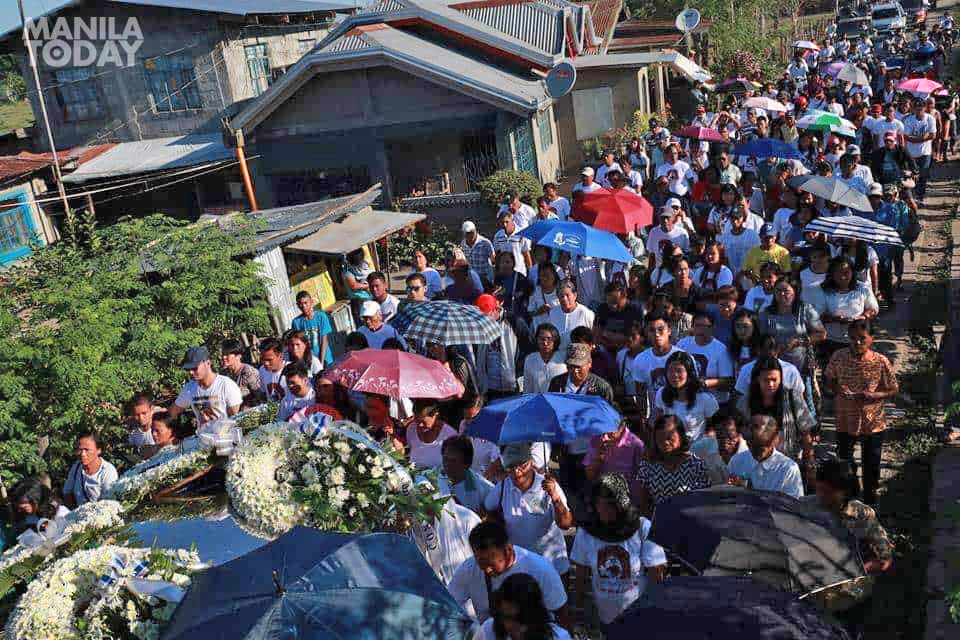 A person like Randy Malayao would be described with many positive adjectives — and that was exactly what transpired during the days and nights of his wake in the eulogies and stories that friends and family offered. His name would be preceded with one-too-many appellations — and it was only due to a meaningful live he lived as a youth activist, a human rights advocate, a nationalist, a servant of the people until his very last breath. He was laid to rest on February 7.

Malayao, a peace consultant of the National Democratic Front of the Philippines, was cowardly killed while he was sleeping inside a bus in Aritao, Nueva Vizcaya on January 30. His killing came after many peace consultants and trade unionists have been illegally arrested and detained on trumped up charges — non-bailable offenses such as illegal possession of firearms, explosives, murder, arson — meant to disrupt their life and work. This also came after another consultant walked free after charges of illegal possession of firearms against him were dismissed for witness stories being to incredible and improbable — and now charges will be filed against the arresting officers.

As in the massacre of the peasants in Sagay, Occidental on October 20 as with Malayao’s killing, when the killings become too brazen, state forces who have systematically perpetrated human rights violations from the time after Marcos’ martial law would go on to wash their hands clean, tag the slain as a rebel, coax rumors to besmirch the name of the dead and point to internal conflict as the motive of killing and the rebel companions as killers even without evidence or progress of investigation being presented. Such an affront this was for Randy — who until the end of his life worked tirelessly and lived simply. All too painful, all too big an affront — but none bigger than what the people have been made to suffer in the past three years.

In the San Pablo Cathedral where necrological services were held for Malayao, the priest addressed the congregation — none bigger have been seen to have gathered there before.

“I know that all of us are grieving and angered, but we should rise above our grief and anger, and find comfort in the fact that Randy lived a meaningful life,” the priest said.

These words are all too familiar. For as eulogies and tributes for revolutionaries usually go, as many as have been given, the assemblage was always reminded: turn your grief into revolutionary courage; for every one that falls, ten shall rise in his steed to bear the arms that fell, to continue the struggle to victory.