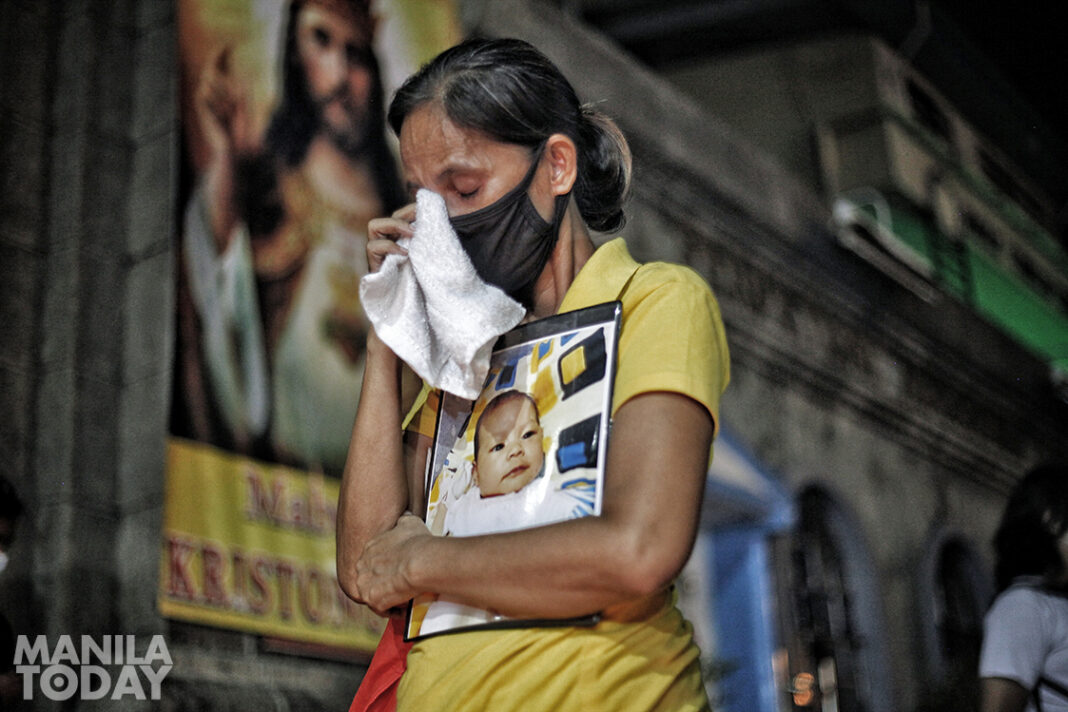 Police personnel were scattered around Santo Niño de Tondo Parish before the mass started and gathered in front of the church as the relatives and supporters of political prisoner Reina Nasino exited the church.

While human rights and youth groups unfolded the banner bearing the call “Justice for Baby River” and “Justice for all the victims of Duterte’s Terrorism,” several police forcibly nabbed the protest signages, ensuing in what seemed like in a tug-of-war.

The relatives and supporters of Baby River and her mother Nasino only wanted to hold a short and solemn program so those outside the church and were unable to join the mass due to the capacity limits imposed under COVID-19 government response guidelines may remember Baby River and what she went through in the less than three months of her life.

Bishop Pabillo contested that the people are to abide the health protocols by observing physical distancing only that they should not be violently interrupted. He also made an example of the pool of media personnel who are conducting an interview of him.

The bishop hoped that people will continue their support to Baby River’s family, knowing that Nasino is still behind the bars, arrested and detained since November 2019 on charges of illegal possession of firearms and explosives.

Atty. Panguban said that there was no basis to the claims of the police that they are dispersing the groups because of lack of permit.

Despite the incident, the program continued with a cultural performance from Musicians for Peace, a group of musicians that Nasino joined while she was still in college.

Candles were lit to form the word “Justice” beside photos of baby River.

Baby River was born on July 1, after her mother spent almost her entire pregnancy in jail and was not released on her petition on humanitarian grounds given a pregnant woman’s vulnerability to COVID-19 in the congested Manila City Jail. River and mother was not allowed to be together longer than a month and was separated in August. Baby River’s condition turned for the worse as she was confined in late September and died on October 9. Nasino’s furlough to visit River’s funeral and join her burial was marked with heavy police escorts who took control of the baby’s burial.