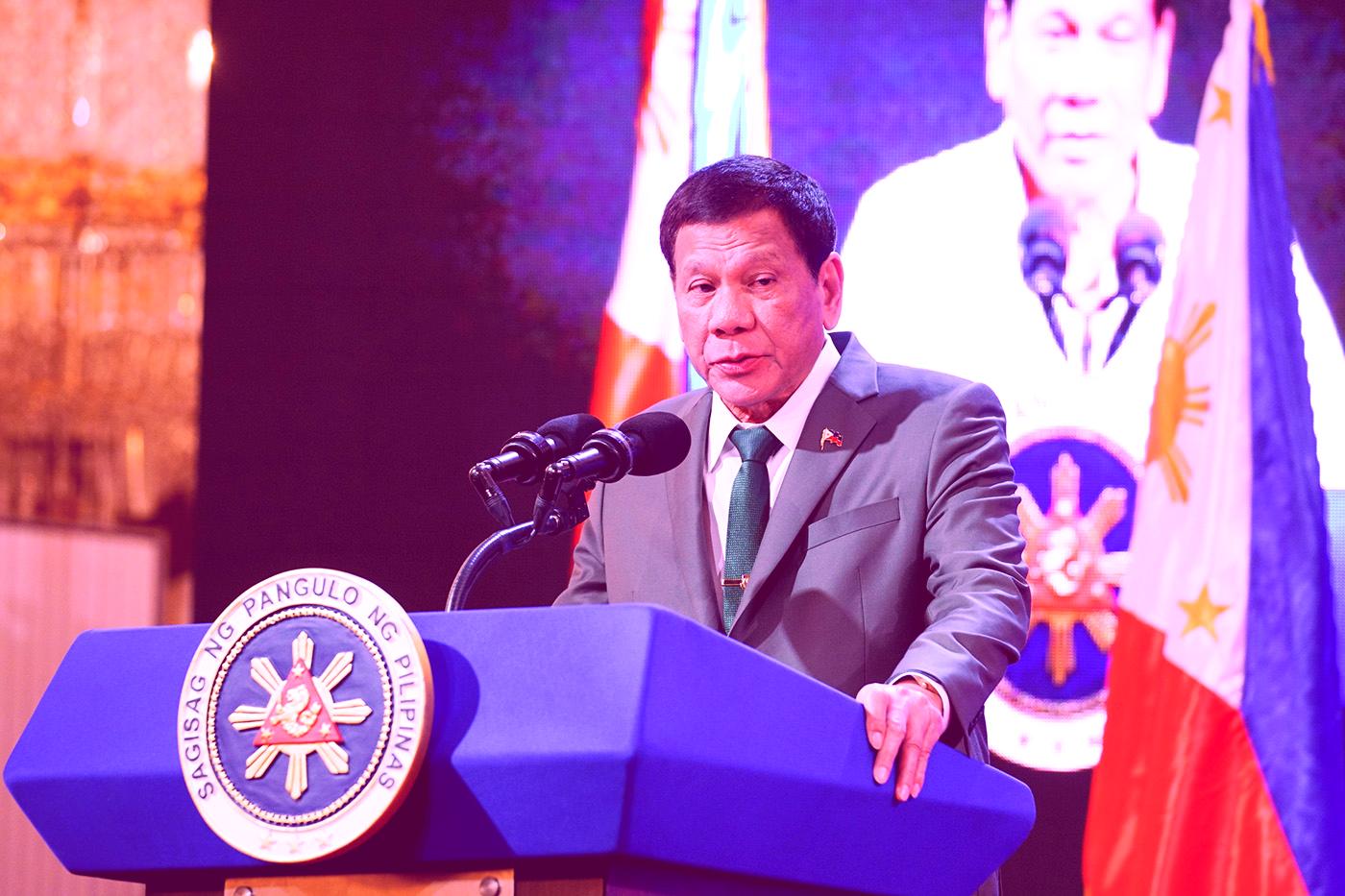 The Filipino people are now experiencing intensified state fascism under the Duterte regime, with the implementation of the regime’s counterinsurgency or COIN program dubbed as Oplan Kapanatagan. This Oplan is strengthened by Memorandum Order 32, Executive Order 70 and regional and provincial Task Forces to End Local Communist Armed Conflict. In the National Capital Region, this COIN is called Oplan Kalasag and the task force in the region directly supervised by the national task force.

The Duterte regime has a militarist policy of dealing his critics and as such a fascist regime. As a whole, the ‘instruments of state fascism’ are not only the military and the police, but include the local governments, courts, legislation bodies, jails or detention centers, and whole bureaucracy from the national civilian agencies and local government units. These instruments comprise the ‘whole-of-nation approach’ apparatuses.

Mobilizing the citizenry for ‘law and order’ is the aim of the Duterte regime for the implementation of COIN. The military and police operations are not enough. The participation or initiative of the communities, barangay officials, leaders and members of neighborhood anti-crime and anti-terrorism watch, community narcotics prevention and rehabilitation officers, churches and people’s organizations as ‘stakeholders’ is being pursued or ordered.

To draw the support of the public and in order to win in the Duterte regime’s COIN, the regime is now working to cleanse its instruments. In this regard, reforms are needed. It is necessary for the Philippines as dictated by the US COIN Guide of 2009, as Philippine COIN programs past and present are patterned after the US’ own and the latest most definitive was the guide released in 2009. The Philippine government would ‘win’ if it can get the support of the people or the public.

Eradication of corruption in the government is a key factor for the COIN program to work.

The Duterte regime is fast-tracking reforms to comply to the order to end insurgency by the end of his term in 2022.

However, amid government efforts to showcase reforms, vilify activists, church groups and critics, issues of corruption continue to hound them.

The corruption in the Bureau of Corrections (BUCOR) with the exposé on the Good Conduct Time Allowance (GCTA) “for sale” to allow ‘rich’ or ‘can afford’ convicts to cut their sentence time, the cuts on inmate budget meal (Php 60.00 to Php 39.00), and using of the hospital as extended confinements for special inmates dispel talks of reform.

The fiasco of the abuse of the GCTA law is being blamed on the legislators. The legislators were prompted to review the said law due to the public outcry against the then-pending release of convicted murderer and rapist and former Calauan, Laguna Mayor Antonio Sanchez—a heinous crime convict who should not have been allowed to avail of the shortened sentence under the GCTA law.

Along with the strict observance of stricter laws, former Philippine National Police (PNP) chief and now Senator Ronald ‘Bato’ dela Rosa amplified the proposal to reinstate death penalty, the amendments to the Human Security Act or Anti-Terrorism Law and other repressive laws. Willing the legislators to work for the Duterte regime is to give them perks, or “porks,” for their pet projects as exposed by another former PNP chief and now Senator Panfilo Lacson.

The PNP’s credibility is now again under question with the involvement of its chief Gen. Oscar Albayalde in the ‘clearing’ of the ‘ninja cops’ or the police officers who are investigated and ordered dismissed for ‘recycling seized drugs and letting narco-hoods off the hook for big payoffs’ but Albayalde worked for them to remain in the service.

Senator Dela Rosa in his time as PNP chief declared to implement PNP reforms anew after the 2016 kidnap-murder of Korean executive Jee Ick-joo and the 2017 “drug war” killings.

But the issues of corruption have not diminished.

The criminal justice system also became the focus of public scrutiny. From police and investigators that handle criminals, the prosecutors that file the cases and judges who are trying and judging suspects, these positions essential in the justice system are the posts usually involved in shortcomings, discrepancies and even anomalies in the justice system—for the problems cannot take place and remain out of public view if key officials have not been involved.

The trumped-up charges against the critics of the Duterte regime is a big challenge to the criminal justice system. Leaders of progressive organizations and peace consultants were charged with fabricated cases. On one hand, in May 2019, an Angeles City court granted bail to an alleged murder mastermind, PNP Lt. Col. Rafael Dumlao, because the ‘case against him may be weak.’

The Duterte regime is hopeful to reform the PNP. Both Philippine Drug Enforcement Agency (PDEA) through its head Aaron Aquino and Baguio City Mayor and former PNP CIDG general Benjamin Magalong are working with the Senators to expose PNP anomalies that will lead to the reform the PNP institution.

The Armed Forces of the Philippines (AFP), the PNP’s counterpart in the COIN is also subject for reform. The Duterte regime wants to have ‘check and balance’ in the military operations through the task forces. The civilian component in the COIN is hopeful that it can eradicate corruption within the military establishment. The regime is also doing a reform by observing seniority in selecting the AFP Chief of Staff.

However, the Duterte regime cannot truly and fully carry out reforms within its governance because he is serving his own interests and the interests of the people around him.

Corruption is an intractable cancer and cannot be cured with band-aid solutions. The war on drugs and the counterinsurgency program of the regime which are being motivated by rewards and dole outs beget and strengthen corruption.

The goal to reform the instruments that protect the power of Duterte regime has a big problem. It is the problem of human rights violations.

The legitimate demand of the people is justice for all.

The legitimate demand in this issue is also to protect democracy and therefore promote fairness and sound judgment. But Duterte’s martial law in Mindanao, state of lawless violence in Bicol region and Samar and Negros provinces, all-out war agains the New People’s Army and the three-year old war on drugs have been contested by human rights groups, people’s organizations, churches.

Those people who are still hopeful that the Duterte regime can make a difference from the previous regimes are daydreaming.

Optimism and struggle for the new year

Saying goodbye to a year of intensified red-tagging, but no signs it will stop

Justice for Ampatuan massacre victims, justice for all journalist killings

Justice for Ampatuan massacre victims! Justice for the Filipino people!