Home OPINION A year after the COVID-19 lockdown on the eve of 500 years... 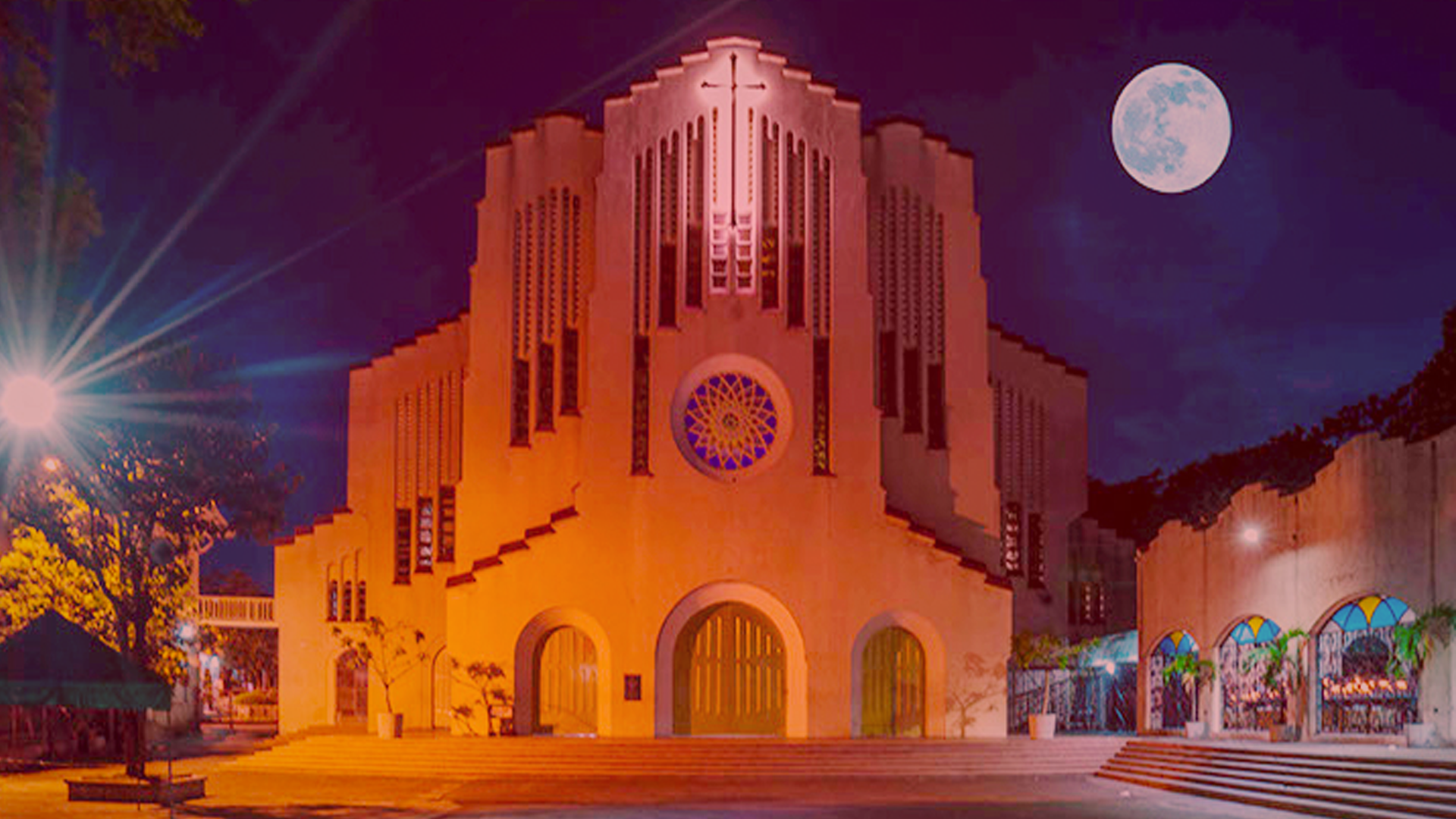 Today marks one year since President Rodrigo Duterte enforced the militarist lockdown in hopes to curb the spread of COVID-19.

It was a belated and extreme move, having no proper and concrete plans on how to face the pandemic, except to curb the mobility of people. The first case of COVID-19 in the country arrived in late January from the first epicenter or origin Wuhan in China, after the Duterte administration repeatedly ignored calls for a shutting of borders or travel ban. It was only after community transmission was confirmed on March 7 that the government seemed alarmed, after ignoring calls for mass testing to quickly isolate and treat cases. The Duterte regime then imposed a “martial law-inspired” lockdown, now the longest lockdown (and varying permutations of quarantine up to this day) in the world, yet we are no better for it with recent daily cases spiking from 3,000 to 5,000.

But before ringing the bells of celebrations, there is a need to review what happened in our society during the past year of the pandemic, what the government has doing, what happened to the people and what to be expected from the Churches in the near future.

When the lockdown was imposed in Metro Manila, the people were not properly informed about the pandemic and how to respond to the effects of lockdown and other measures implemented by the Duterte regime. On the first week of lockdown, government propagandists keep on calling the people who cannot abide by the forced closure of work or stoppage of livelihood as “pasaway” people. Those who protested on the streets were suppressed and those who resisted were arrested and charged with violating the COVID-19 health protocols. Even those humanitarian groups who tried to extend help to the most affected communities to augment the lacking, delayed or irregular government aid were harassed by the regime.

From March 16 to September 6, 2020, police were reported to have arrested a total of 100,486 alleged quarantine violators across the country. At the time, 1,735 were detained while 73,812 were released for regular filing, 26,674 were released after facing inquest proceedings. The source of this data is the Joint Task Force COVID Shield.

To this date, it is hard to find updated information about the violators of quarantine protocols. The reality is that lockdown gave hardships to the people who were not economically prepared for a lockdown where people had to fend for their own and rely on the resources they already have at home, the first two to three months being a 24-hour curfew policy or no one allowed to leave their home except for frontliners and one member per household to buy food or medicine.

The irony is that many more were thrown in the already congested jails where physical distancing cannot be observed. And that most of these people are hard up to begin with and looking for means to survive.

Adding to their economic troubles are hardships of posting bails to the charged individuals like the San Roque residents who took to the streets to call for food and aid from government, former Anakpawis Congressman Ariel Casilao and company in their relief drive for farmers, and many others.

There were also reported cases of torture or dehumanizing punishment for lockdown violators, with some made to endure hours sitting under the heat of the sun, jailed inside a dog cage, etc.

The effect of the lockdown among  poorest of the poor was terrible, while the wealthy people, especially those who are engaged in the big business of food, medical equipment and supplies were able to enjoy more profits.

IBON foundation said, “The country’s poorest and most marginalized are being left behind by the COVID-19 response of the Duterte administration. On the other hand, wealthy creditors are protected and large corporations including foreign investors are getting their profits boosted.”

The millions of people are suffering because of the government’s failure to sustain the “ayuda” or social amelioration program (SAP). The budget for SAP was deposited in banks and sum of billions of people’s money were saved or diverted for other reasons.

Unemployment rate increased. Transport drivers, especially the jeepney drivers, are talking the rods to beg for food and “financial donations.”

IBON “estimates the real number to be at least 5.8 million, with an unemployment rate of 12.7%, if those who were forced out of the labor force by the pandemic or discouraged by the obvious lack of work are also counted.”

“The Duterte administration’s so-called emergency assistance is so small that it is just a token measure to give the illusion of responding. Tens of millions of Filipinos are not getting any help causing millions to go hungry and sink deeper into poverty,” IBON added.

The clamor of the people for mass testing, contact tracing and building of quarantine or isolation facilities fell to deaf ears, the strongest suit of government in their COVID-19 defense is still the militarist lockdown, albeit no more of the scanty and inadequate cash aid for some of the people (not all).

The numbers of confirmed COVID-19 cases (meaning only those who were tested) keep on increasing and thousands had died. In the meantime, President Rodrigo Duterte has been promising that the Filipino people will experience a “COVID-19 free Christmas” in 2020 with the arrival of vaccines from Russia and China. The government propagandists keep on talking about the vaccines to come immediately to calm the people and buy their trust to the government. But the vaccine rollout has yet to pick up speed, three months later than promised.

Then, the lies and fake news proliferated intentionally propagated by the “die-hard and blind” supporters of the regime, especially the police and military forces through the National Task Force-End Local Communist Armed Conflict (NTF-ELCAC) and the Anti-Terrorism Council (ATC). Duterte as the chairman of NTF-ELCAC continually and widely incited the public to discredit the organized masses and activists by calling them “terrorists” and “communists”.

Last year, he accused the New People’s Army (NPA) of “snatching” the relief goods intended for the people in the barangays of Negros. Recently, Duterte insinuated that the Communist Party of the Philippines (CPP) will sabotage the delivery of the vaccines by “appealing” to allow the arriving COVID-19 vaccines. He called on the CPP to let the vaccines “be transported freely and safely” in various parts of the country.  He issued this “appeal” even when the vaccines are not sure to arrive on the date the regime has been talking about.

There is low confidence on vaccination, mired by the issues and doubts raised on the regularity of procurement, budget, etc. before the year 2020 ended. The government wanted to sign deals and acquire vaccines from China, despite Sinovac being among those with reported lowest efficacy rate. Sinovac was also first to arrive in the country, a donation, and was offered to frontliners. Meanwhile, procurement and arrival of vaccines continue, bulk of doses from different manufacturers, as if the country is buying retail (tingi-tingi) from favorite retail places like Divisoria due to lack of funds. The lack of funds led to a delay in securing supplies of the vaccines and the Philippines is also still in the process of asking for loans for the vaccines, adding to the huge debt the Duterte administration already acquired during the lockdown. Mass inoculation is still far off.

500 years of Christianity on lockdown anniversary

On March 16, 2021, the Roman Catholic Church (RCC) will celebrate the 500 years of Christianity in the Philippines. The faithful of the RCC is being inspired by its leaders to participate in the celebration with the theme: “Celebrating God’s Gift of Human Dignity.”

The significance of the 500 years of (Roman Catholic) Christianity in the Philippines is the faith of the people. The faith of the people which is not necessarily a direct result of the RCC catechism, theology and spirituality but as a product of the people’s desire to be liberated and be saved from inhuman conations in our times. This faith is nourished by the teachings of Christ; the Christ that uplifted the poor and the marginalized people (Cf. Luke 4:16-21).

It is the reason why the RCC is inviting these Churches to celebrate with them. These Churches as they share the same faith in Jesus Christ will also proclaim that the “Gift of Human Dignity” will be a good start of uniting the Philippine Churches and actualize the prayer of the Lord Jesus for His disciples to be one like he and the Father are one (John 17:21). It is not an easy task considering the sad experiences of discrimination, suspicion, distrust, completion and chauvinism have affected much the life, mission and ministry of the Christians in the Philippines.

However, nothing is impossible with God. No one can stop the works of the Holy Spirit. As the Filipino people long for unity and as long as the Philippines Churches will listen to their cry, the leaders of these Churches have no reason to turn their back from the people. After all, the reason of the existence of the Church founded by Christ is the salvation of the people in the world and realize the kingdom of God here on earth as it is in heaven.

Meanwhile, the pandemic continues to disturb the people’s hearts and minds. Natural calamities had contributed to the hardships of the people. Man-made disasters such as the ineptitude and neglect of the government an bureaucratic (e.g. creating a task force for everything) and militarist approach also added the burden of the people. Grave human rights violations persist—a menace worse than the pandemic is a fascist government during a pandemic.

It is one year of suffering from COVID-19 and the regime’s incompetent and militarist response. Today, is there hope with this ineffective, inutile, corrupt, liar and tyrant regime? What the people expect in the coming days? The people should see a hope not from the Duterte regime but on the unity of the Philippine Churches.

As IBON said, “The Duterte administration’s contempt for human rights is complete. It violates civil and political rights with its systematic political repression and killings of activists and alleged drug offenders. With its neglectful pandemic response, it also violates the social and economic rights of tens of millions of Filipinos.”

A united Philippine Churches will surely actualize the “God’s Gift of Human Dignity” in the near future and beyond.