Home OPINION COLUMNS To Live in the Philippines is to Live in a State of... 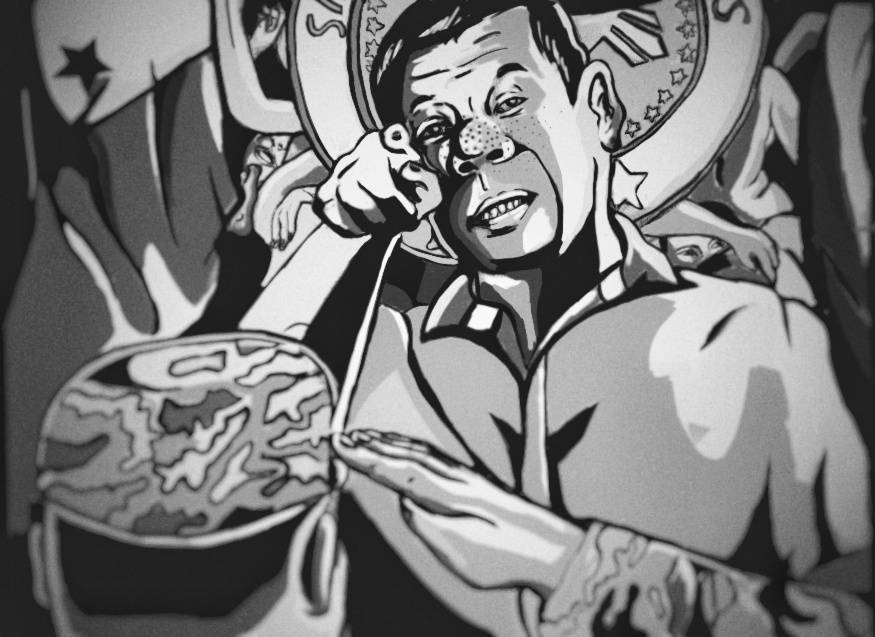 In a country where human rights violation occur almost every day, a culture of impunity prevails. The spate of state terrorism against citizens are unwelcome sight; worse when being normalized. We, as collective victims of despotic and tyrannical governance have been desensitized to violence. Mind you, it has been four years since Rodrigo Duterte sat in power.

Under his regime, lives have either been stolen or significantly gone worse. According to Commission of Human Rights, cases of known extrajudicial killings rose to over 33,000 compared to Marcos’ Martial Law which claimed 3,257.

In February 2018, the International Criminal Court (ICC) launched a preliminary investigation to probe Duterte’s bloody drug war where unlawful killings became rampant. In an attempt to escape accountability, the Philippines withdrew from the Rome Statute. However, this does not absolve the president of any crimes as the ICC has jurisdiction over crimes committed during the period the state was party to the statute. It can exercise its jurisdiction retrospectively, meaning even after the effectivity of the withdrawal.

Military junta governance
Duterte’s term showed misplaced priorities. Ramped up militarization was its response to the COVID-19 pandemic. There is no concrete solution with ex-military officials take charge of IATF (Inter Agency Task Force). They have been personally appointed by the President as so-called ‘czars” leading the COVID-19 response instead of experienced health workers and scientists.

In the midst of the pandemic, the government has repressed press freedom, ‘red-tagged’ critical thinkers, and violated the human rights of thousands. The looming threat of militarization inside campuses impede on academic freedom. The Jeepney Phase Out program deprived thousands of drivers of their livelihood. The ordered shutdown of the biggest network in the country. The crackdown on activists and journalists. The list goes on, and still the demand for mass testing and vaccination fall on deaf ears.

Our constitution is being re-written in favor of party-list abolishment and federalism as charter change moves closer to the President’s desk. The implementation of the Anti-Terrorism Law furthers our slide into darkness, leaving our law enforcement open to commit abuse due to vagueness of the term ‘terrorism’. It is undeniable that his inane rants on national television gave our law enforcement license to commit crimes against humanity.

Worse, the PNP (Philippine National Police) is barely held accountable. Some are even promoted given their bloody track record.

Most Filipinos are poor

Life for an ordinary Filipino is difficult, regardless of state impunity. This pandemic, unemployment soared up to 10.4 percent, leaving 4.5 Filipinos jobless. As a result of mishandling the current national situation, economic inflation increased to 4.7 percent this February 2021 compared to 4.2 last January according to Philippine Statistics Authority.

Prices of basic goods skyrocket, even the vendors themselves are unable to afford the commodities they are selling.

State terrorism manages to do the exact opposite. People no longer live in fear of tyrannical abuses of power. Our collective experience under Duterte’s presidency radicalize us to stand up and demand for accountability.