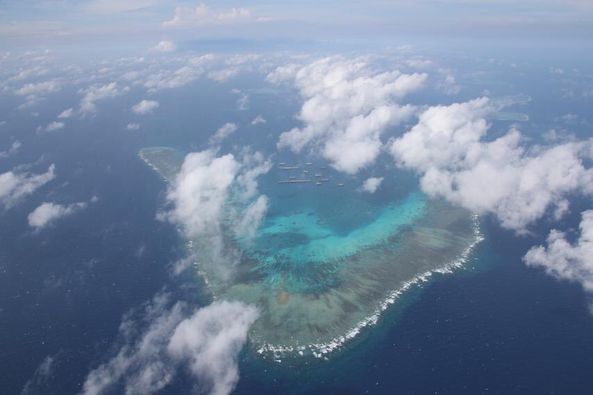 United States, Australia, and Japan were the first international countries who have echoed their concern against China which vessels have been mooring in Julian Felipe Reef in West Philippine Sea (WPS).

In a tweet, the US Embassy in the Philippines through US Department of State spokesperson Ned Price said that the Peoples Republic of China (PRC) uses maritime militia to intimidate, provoke, and threaten other nations, which undermines peace and security in the region.

“We call on Beijing to stop using its maritime militia to intimidate and provoke others, which undermines peace and security,” Price added.

Australian ambassador Steven Robinson, on the other hand, called out China for its “destabilizing actions that could provoke escalation”.

Similarly, Canadian ambassador Peter MacArthur condemned the Chinese actions in the South China Sea, including off the coast of the Philippines as it will only escalate tension and undermine regional stability and the rules-based international order.

Department of Foreign Affairs (DFA) added that New Zealand also extend their support to the Philippines during the 28th ASEAN-New Zealand dialogue.

New Zealand has also called for adherence to rule of law in the South China Sea, adding the 1982 United National Conference on the Law of the Sea (UNCLOS), the exercise of self-restraint, cooperation to build trust and confidence in the area, and peaceful resolution of the disputes.

The presence of about 200 Chinese vessels in our marine territory came at the heels of the passing of the controversial Coast Guard Law. We can’t help but be alarmed of what possibly could happen to Filipino fisherfolks conducting livelihood in our own traditional fishing grounds with these big foreign vessels around,” said fisherfolk group PAMALAKAYA national chairperson Fernando Hicap.

The group furthered fisherfolks from Palawan, Batangas, and Mindoro provinces frequent the Julian Felipe Reef for fishing expeditions. However, the group raised grave concern for the fishing safety and security of many fisherfolks given the presence of Chinese vessels at the helm of their recently-enacted Coast Guard Law imposing Chinese personnel to fire at non-Chinese vessels to bar from entering their occupied waters.

Not concerned at all

Moreover, even if the state has already filed diplomatic protests and expressed grave concern over the matter, Retired Supreme Court Justice Antonio Carpio lambasted President Rodrigo Duterte of having no sense of urgency over the yet another sovereign assault of China in the Philippine waters.

Carpio has claimed that the President was “not concerned at all” about the issue and would let the military to make noise but will not do anything about it. Carpio also accused that President Duterte doesn’t want to incur the ire of the President Xi Jinping as he is his idol.

“If we are really serious about this, the President should call the ambassador of China and berate him. Heads of state do this if they are invaded, if there are encroachments on their territory or maritime zones,” he added.

PAMALAKAYA also chided at the government’s yet another ‘slow-paced’ action over what deemed as ‘actual foreign invasion’, calling for a “more decisive yet peaceful approach” to drive away the Chinese vessels.

“If our authorities could not dispel the Chinese vessels, the least they could do is to escort our fisherfolks in Julian Felipe Reef, and ensure that no bad thing would happen to them during fishing operations,” Hicap concluded.

China has insisted that it owns the offshore territory – nearly the entire West Philippine Sea. China’s claim to 90% of the South China Sea was debunked by the Permanent Court of Arbitration in July 2016 from a lawsuit filed by the Philippines. However, the foreign country does not recognize this ruling and continue their land reclamation in disputed waters. In fact, China has equipped the area with their military gears including radar, missile batteries, and fighter jet hangers.

Other claimants of the waters include Vietnam, Malaysia, Brunei and Taiwan.