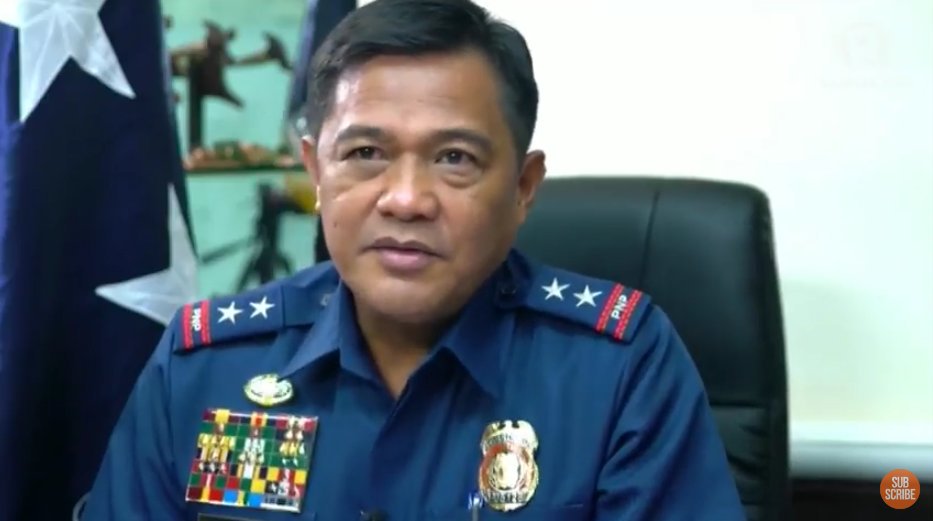 In an ABS-CBN News interview with the newly appointed PNP Chief, Cascolan said Sinas “has done good things” and is in line towards a directorial staff position.

“We have to evaluate him properly. Of course the guy deserves also an evaluation and of course a promotion too,” said Cascolan.

“I think he needs to be up to a directorial staff or a certain position that is fit most especially for him. I believe he is an expert for training of personnel and recruitment,” Cascolan added.

Sinas remained as the NCRPO chief amid public outrage over his mañanita birthday party controversy at Camp Bagong Diwa in Taguig City last May 8, which violated quarantine protocols under Bayanihan to Heal as One Act and Taguig City ordinances banning mass gatherings (10-people limit) and prescribing individuals to wear face masks and observe physical distancing. Over 100,000 have then apprehended by police for ‘quarantine violations.’ The mañanita was said to be a tradition among the police force, welcoming the birthday of an official on the early hours of the day.

Then-PNP Chief Archie Gamboa, Department of Interior and Local Government Secretary Eduardo Año and President Rodrigo Duterte felt it best for Sinas to remain in the post amid the PNP’s work during COVID-19 and the need for continuity. Gamboa retired on September 2, after turning 56, as controversies also hounded his exit on alleged farewell party in Baguio City as the country continues to be placed in community quarantine. Gamboa clarified it was a dinner, not a party.

PNP Chief from September to November

Cascolan served as PNP OIC and was appointed as PNP Chief by Duterte on September 1.

Like Sinas, Cascolan himself was former NCRPO chief, serving only six weeks in 2018 from April to June, as one of the first appointees of then-PNP Chief Oscar Albayalde, his classmate at the Philippine Military Academy who was appointed PNP chief also that April.

From the NCRPO, he was appointed to the PNP Civil Security Group, which handles the licensing of security agencies—a move that was seen a demotion at the time. Cascolan implemented policies different from Albayalde’s orders and was seen to have been a reason for the former’s transfer.

Before being assigned to the NCRPO, Cascolan headed the PNP Directorate for Operations and was also known to have co-authored ‘Oplan Double Barrel,’ the PNP’s blueprint for Duterte’s war on drugs. The other author is former PNP Chief and now Senator Ronald Dela Rosa, Duterte’s first PNP Chief and also Cascolan’s classmate.

Human rights groups estimate at least 30,000, following previous numbers from police reaching 27,000 or more drug war related deaths including those labeled as ‘deaths under investigation’ or ‘homicide cases under investigation, but police has since placed drug suspects killed in the ‘Oplan Tokhang’ at 5,000 to 8,000 since Duterte came to office in 2016.

Hailing from Baguio City, Cascolan is among those known by generals as one of the ‘Davao boys’ after serving multiple times in the Davao region.

Cascolan was number 2 in the police force as Deputy Chief for Administration before becoming the country’s 24th PNP chief.

The new PNP Chief is expected to retire on November 10 upon reaching the mandatory retirement age of 56, unless extended by Duterte. Dela Rosa’s term was extended by Duterte for three months to “continue with reforms.” A month into his term extension, Dela Rosa announced that his extension may be ‘indefinite’, or maybe up to a year. Albayalde succeeded him after the three month extension.