Home OPINION Statement: Let us not succumb to fear or surrender to lies 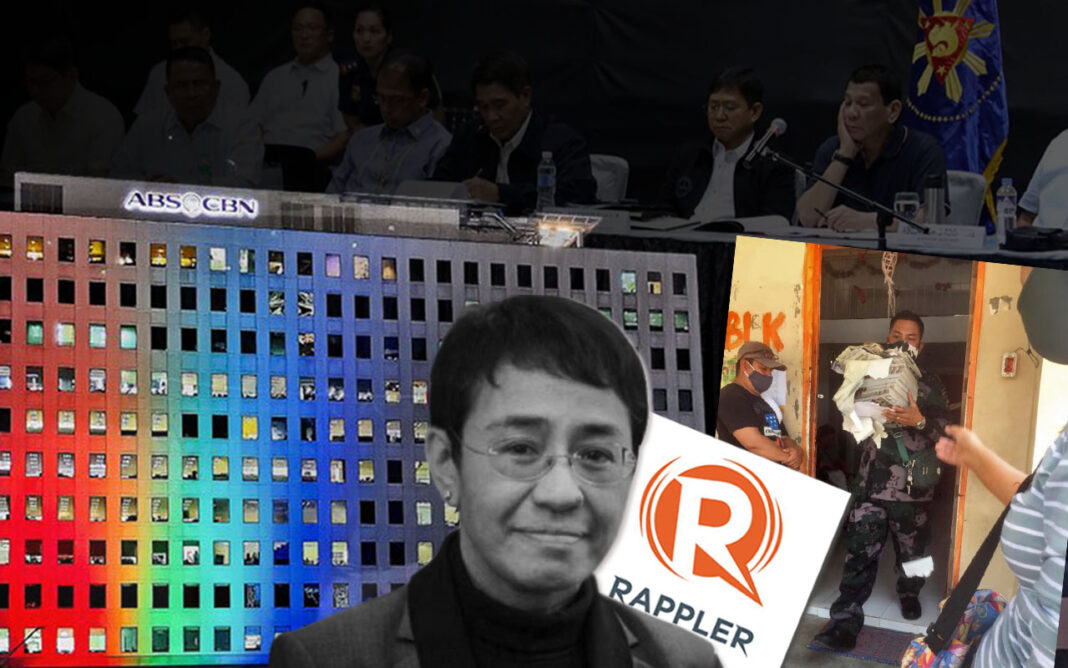 Today, as President Duterte delivers his fifth and penultimate State of the Nation Address to a nation in a state of disarray, we the National Union of Journalists of the Philippines join the Filipino people in demanding the respect and restoration of our basic rights and liberties.

Never since the late unlamented Marcos dictatorship has a president ever deigned to shut down the independent media and stifle criticism and dissent.

Even before he officially assumed his post, on May 31, 2016, Duterte already made clear his unbridled contempt for media, even hinting that killing journalists might be justified. “Just because you’re a journalist you are not exempted from assassination, if you’re a son of a bitch.”

It has been downhill ever since as the president ramped up his offensive against the independent media, joined by his minions and fanatic followers, his messages of hate amplified by a machinery dedicated to the fabrication of half-truths and falsehoods.

Indeed, entering the president’s fifth year, we find the media, and the truth, increasingly under siege.

ABS-CBN has been shuttered, thousands of its employees about to join the country’s millions of unemployed, and the congressional lapdogs who did their master’s bidding salivating over the prospect of wresting away the network’s physical assets in what we can only describe as perhaps the most shameless displays of the arrogance of power in our country’s history.

Rappler and its CEO, Maria Ressa, continue to fend off an all out legal assault.

State security forces continue to openly slander, without any evidence whatsoever, and endanger journalists and media organizations by labeling them rebels or terrorists for demanding that the government respect and protect freedom of the press and of expression.

And now we are entering the era of the Anti-Terrorism Act of 2020 that is likely to lay waste to all our constitutionally guaranteed rights and freedoms by making practically anything and everything we do or say open to being deemed committing or supporting terrorism on the say-so of an executive body.

In fact, just this weekend, we have seen previews of how this draconian law may be abused and applied against critics and dissenters.

In Cagayan de Oro, where a protest was held on Saturday to support calls for the return of ABS-CBN, jthree funeral wreaths were delivered to the Northern Mindanao studio of the network. Ribbons on the wreaths linked the campaign for the network to the communist insurgency and listed down organizations, including the NUJP, falsely linked to the rebels.

The next day, in Pandi, Bulacan, police seized thousands of copies of the alternative news magazine Pinoy Weekly from the offices of the urban poor group Kadamy, claiming, again falsely, that the publication, which focuses on the issues and problems facing marginalized sectors, taught people to fight the government.

This is the time to do what we in the profession of truth do best, be journalists.

Let us close ranks and resist repression. Let us unite with our audiences, the people we serve.

We owe it to them to keep press freedom alive in the service of their right to know.