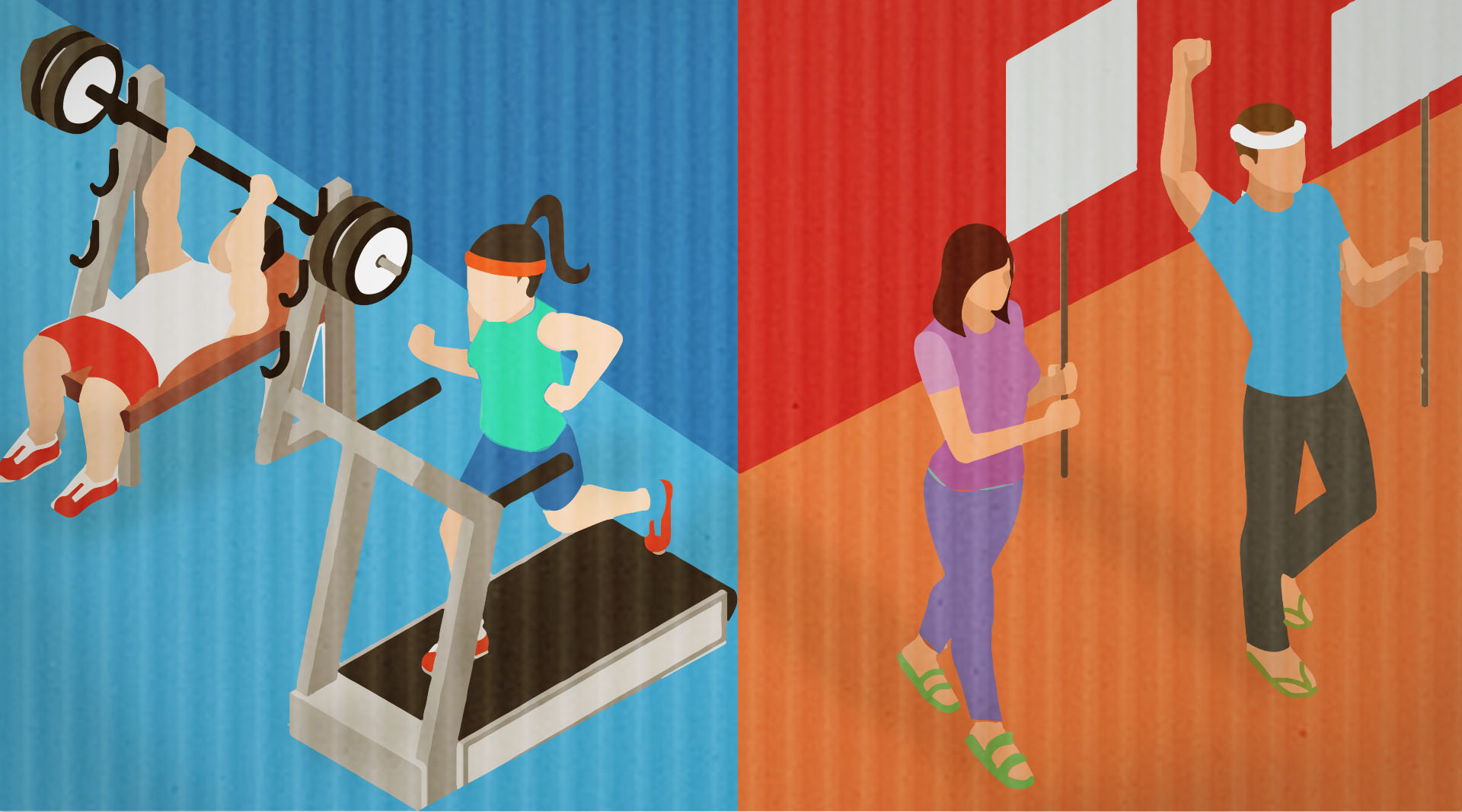 Sports and wellness centers are booming in many places. It’s already hip to hit the gym after work, invest in commodities affirming metrosexuality, and allot more time to boost self-confidence and inner peace. From Manila to Mumbai and Montreal to Madrid, urban centers are seeing the rise of a visible segment of the population who consider diet, workout, and beauty enhancement as essential features of modern living.

Admittedly, care of the self is not a recent phenomenon. Promotion of health and physical fitness is an old industry. What is seemingly new is the ‘democratization’ of the opportunity to engage in self-improvement. Suddenly, there’s a vibrant mass market for services and products catering to the well-being of health-obsessed individuals.

What made this possible? One factor is the decline of industrial and agricultural production which created a large urban-based service sector and stimulated the demand for young workers possessing a special bundle of marketable skills. Indeed, multinational companies that have already outsourced some of their operations into the peripheries continue to seek cheap and docile labor; but at the same time, they also require young and appealing workers who specialize in interpersonal relations. Think of call center agents, baristas, health professionals, uber partners, and freelancers sustaining the service economy of mega cities.

In developing countries, this trend is mistaken as the emergence of an upward middle class as capitalists re-brand oppressive wage relations into an objective fact of labor dynamics in the so-called sharing or gig economy. That in a globalizing village or ‘flat world’, what is more important is not job security or union building but the cultivation of new skills and the acquisition of certain tangible goods or experience in order to improve the employability and income opportunity of individuals.

The new economy is accurately described as disruptive but economists insist it leads to a greater good. Facilitating the disruption is the rapid innovation in communication and information tools. Individuals supposedly need to maximize the Internet to expand their knowledge base, networks, and business ventures. As workers become more immersed in the social media networks, they are exposed to data sets selling clues and connections about new opportunities and the realtime possibility of succeeding in the transitioning economy.

Behold the 21st-century laborer: overinformed and overexploited, underpaid and underrepresented.

Accompanying the expansion of the service economy is the aggressive normalization of the ideology of individualism. When unions declined in number and influence, individual workers were forced to be responsible to advance their own career and welfare. This complemented the bombardment of ideas that celebrate individualism through films, books, state propaganda, the corporate-led news media, and the schooling establishment.

The worker now finds himself alone in society and he was conditioned to believe that it is rational. To survive, he is told to consume information, improve the presentation of the body and the self, and trust the algorithm of the cyberspace.

Translated into political doctrine, the individual is taught to focus first on the self and the discovery of his real identity in a changing society. Politicians discourage collective initiatives by preaching the urgency of reforming the self before reordering society. Even mainstream religion gives primacy to individual reflection over social action. The supposedly scientific basis of this doctrine is reflected in the so-called ‘invisible hand’ of the market where each action of self-interested individuals contributes to the public good.

This is manifested in the political behavior of individuals who disdain collective resistance in favor of campaigns that require minimal risk, sacrifice, and commitment. Volunteerism or part-time activism is equated with civic duty and even this is added to the list of ‘goods’ that an individual is supposed to experience to enhance his status.

Service to others is reduced into lip service since it is done by prioritizing the self. There’s no more debate whether it is right or wrong for an individual to think first of the self before others. To show fidelity to a cause other than the self is to invite mockery and accusation of being dogmatic or irrational. The idea of selfishness trumps selflessness in the era of selfies.

What is the ethical thing to do? Should individuals renounce the self? Should we strive for anonymity in changing the world? The issue is framed in the wrong and scary way. Here’s an alternative perspective: There are many individuals who find fulfillment by joining others in winning ‘lost causes’. Individuals who learned their true calling by embracing the new and unknown. Those who unleashed their full potential as a person by fighting the inhumanity of the present. Collective struggle does not banish the self but allows it to discover the meaning of happiness, peace of mind, freedom, and life in the company of strangers, fellow travelers, and comrades.