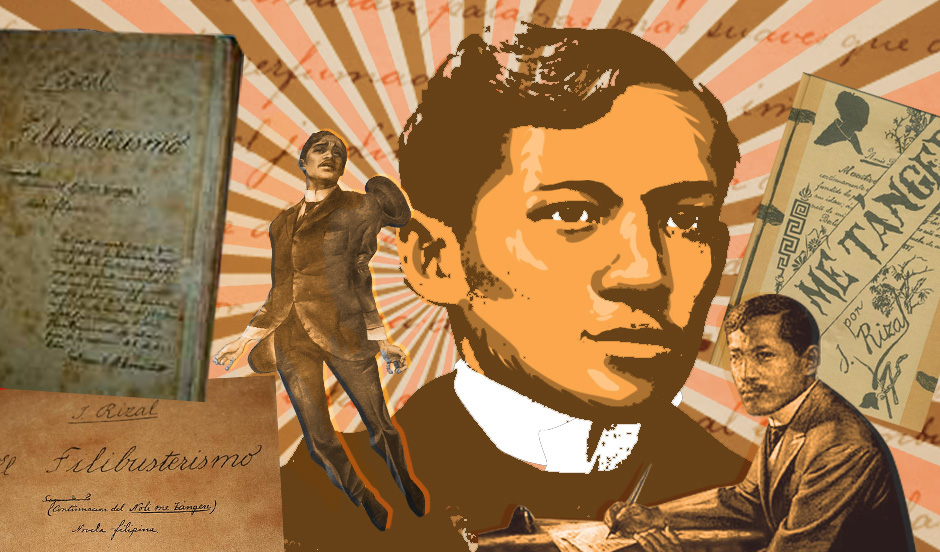 A high school kid, on one’s own, may pass on the Noli and the Fili for the new Wattpad story. But what tragedy, as in those two novels, to not experience world-class, historical, enduring literary works. The two should have well served as our appetizer to prose, Filipino or international.

Schools have required the full reading of Jose Rizal’s Noli Me Tangere and El Filibusterismo in high school. Upon many changes in the curriculum (subsuming Fiipino and Social Studies in Makabayan, making History only among choices in General Education subjects, attempts to remove Filipino in tertiary education, etc.) and the ever-present dilemma of raising the quality of education (especially, public education), such practice may now be deemed a lucky turn or vestigial tradition.

Many consider the two as his most notable socio-political works and as catalysts for inculcating social realism in the people’s consciousness and mindset. This interview with Prof. Epifanio San Juan should remind us why.

Prof. San Juan: Practically all the Propagandistas and those who joined Rizal’s Liga, like Bonifacio, Mabini, and others, confessed their debt to Rizal’s writings, in particular the two novels. They conform to the realist convention in drawing typical/exemplary situations and characters that compress the urgent problems of the time. In doing so, they incited and agitated readers. They rendered lived experience in its stark ferocity—feudal exploitation, abuse of power, etc., but they also comically distanced it so that people can act to alter and change them. They performed the function of conveying truth but also of how to transform life in accord with libertarian principles and democratic ideals. The generation of 1896 was a product of Rizal’s agitprop intelligence.

Prof. San Juan: The story of Cabesang Tales demonstrates the limits of stoic patience. When families are destroyed, and children tortured, the colonial authorities have lost their legitimacy. Religious habits cannot suppress human affections and feelings of sympathy for others. Reforms were tried (by Ibarra and others), but the reactionary theocratic state refused to change, hence others were forced to become rebels, then called outlaws or “tulisan.” Rizal recognized the need for armed revolution when a critical mass has emerged. When in prison he was forced to sign a statement disavowing the Katipunan uprising, it was hedged with qualifications—the Spanish government did not publish it because Rizal rejected only a riotous demonstration, not revolution in principle. Many think Rizal was against the Katipunan, but Bonifacio himself and the whole Katipunan idolized Rizal and used his name as a slogan.

Prof. San Juan: As I said, under great pressure, Rizal wrote that last pronouncement which did not reject, in principle, armed revolution. It is a question of what in totality you regard as Rizal’s contribution to mobilizing the ilustrados, and with them the plebeian masses of workers and peasants. Rizal’s novels presented a dialectical, materialist analysis of the various classes and sectors locked in struggle, from the top of the hierarchy down to the proletariat, so his enduring contribution is this vision of a whole society in the process of radical, inexorable change. That is something no Filipino in his generation was able to do. Only the great Tagalog novelists Lope K Santos, Faustino Aguilar and Amado Hernandez were able to capture in totality that dynamic processes of change in a class-divided society dominated by US imperialism.

Prof. San Juan: Due to censorship and autocratic control of the media, and means of communication, only a few copies of the novels circulated. But once the ilustrados read them, their ideas were disseminated throughout the population. It was not the final straw. Actually, the Church, especially the Dominicans and Jesuits, conspired to kill him not primarily because they were caricatured in the novels. There were Rizal’s other works, the satirical essays, that the friars could not forgive. Rizal was our Voltaire in crying for the destruction of obscurantism, religious hypocrisy, and blind obedience to authority— the main core of all progressive and liberal ideals propagated by Rousseau, Kant, and the whole European Enlightenment.

Prof. San Juan: Reactionary educational administrators have tried to suppress courses in history, in particular courses on Rizal. When I was a UP undergraduate, I watched the debates in the Congress between Senator Claro Mayo Recto and those who spoke for the Church. Our generation witnessed the conflict between Fr. Delaney in UP who denounced Dr. Ricardo Pascual, Prof. Leopoldo Yabes and other liberals who followed Recto’s nationalism. The struggle between these two camps is continuing, so If Rizal is still read and discussed, this can be explained by the fact that religious bigotry, dogmatism, authoritarianism, in a world of obscurantism, still prevails among the middle stratum, drugged by consumerism, US mass culture, spectacles of Hollywood stars and celebrities. But Rizal’s function is being performed by other artists and thinkers—indie media films on General Antonio Luna, for example, and by street guerilla theater. There are many Rizals in the making among the young generation, the millenials.

Prof. San Juan: Rizal’s novels were the inspiration of Amado Hernandez’s cinemascopic MGA IBONG MANDARAGIT. Unfortunately that long novel, like Santos’ Banaag at Sikat, has not yet been widely discussed. But characters in the novels, like Capitan Tiago, Dona Victorina, Ibarra, Simoun, Maria Clara, Sisa—these character types (in Engels’ sense) have been absorbed in our culture, so you encounter them everywhere in the media, conversations among workers and peasants, even among the vulgar elite. Rizal’s horror-museum is well-known among the satirists and comedians of our society. Even the figure of Pilosopong Tasyo can be found in the corridors of U.P., Ateneo, La Salle, UST and other sacred halls.

Prof. San Juan: Ideas concerning democratic participation, individual autonomy, and respect for the integrity of communities are now found in all struggles against colonialism and imperialism. They are even articulated in the UN charter, especially, the right of peoples to self-determination. Those Enlightenment principles were given a historical-materialist foundation by Marx, Engels, Lenin and the formidable thinkers of the Marxist tradition—Gramsci, Fanon, Amilcar Cabral, Ho Chi Minh, Mao Zedong, Che Guevarra—and in our country by Isabelo de los Reyes, Teodoro Agoncillo, Renato Constantino, Benigno Ramos, Amado Hernandez, Jose Maria Sison, the exiled Carlos Bulosan, Edberto Villegas, among others too many to list here. Rizal’s ideas have to be translated and modified to accord with changed conditions—for example, the rapist friars are no longer dominant, but corrupt bureaucrats and esp. the barbaric police and military, are still abound, as well of course subtle and covert U.S. intervention in all sectors of our society—and also with the changing level of political consciousness and mobilization of the people. Concrete analysis of concrete conditions (concrete means multi-dimensional)—that’s the key, the momentous legacy of Rizal.

Prof. San Juan: The significance depends on how our mass leaders/guides translate Rizal’s analytic mind and critical sensibility to the needs and demands of every situation they are facing. Do the Moros and the Lumad need Rizal? Maybe not, because they have their own cultural sources of inspiration and enlightenment. But they need Rizal’s pathos, to help mourn and celebrates the sacrifices of our Maria Lorena Barros, Cherith Dayrit, all the martyrs of the Marcos dictatorship. But above all, they need Rizal’s cunning and humor—without humor, how can you dance to the victories of the revolution?

(Prof. Epifanio San Juan Jr. is an essayist, editor, critic, and poet whose works have been translated into German, Russian, French, Italian, and Chinese. He is a professional lecturer at the Polytechnic University of the Philippines (PUP) in Manila. He authored countless books on race and cultural studies for which he has been described as a “major influence on the academic world”, such as US Imperialism and Revolution in the Philippines, In the Wake of Terror, Between Empire and Insurgency, and Working through the Contradictions. He received the Centennial Award for Achievement in Literature from the Cultural Center of the Philippines (CCP) in 1999 for his outstanding contributions to Filipino and Filipino-American studies.)