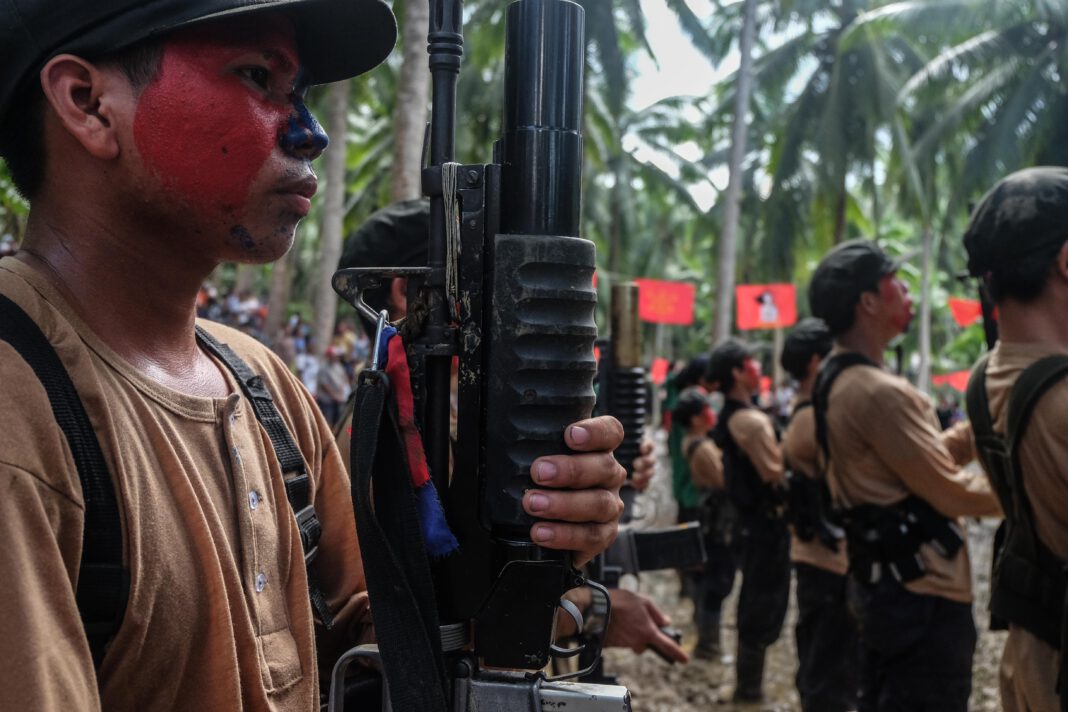 Despite suffering typhoon Nina that hit Southern Tagalog on December 26, the date of the re-establishment of the Communist Party of the Philippines (CPP) 48 years ago, the peace rally and celebration pushed through on December 28. More than a thousand people hiked for two hours to a peasant community in a guerilla zone in the mountains of Sierra Madre in Quezon to attend the peace assembly organized by the New People’s Army (NPA) Melito Glor Command.

According to Ka Diego Padilla, spokesperson of the Melito Glor Command, the red fighters helped in the rebuilding of homes and crops of the masses that were affected by typhoon Nina. It was what kept them busy during the actual date of the CPP anniversary.

The peace assembly and anniversary celebration was attended by different organizations from Metro Manila and Southern Tagalog provinces.

National Democratic Front of the Philippines (NDFP) consultant Ernesto Lorenzo criticized the non-compliance of the Government of the Philippines (GRP) to its commitment to release the remaining 400 political prisoners and the continuing military operations in civilian communities despite the GRP’s unilateral ceasefire declaration.

The third round of peace talks between the GRP and the NDFP under the administration of President Rodrigo Duterte is set to resume on January 18 to 25 in Rome, Italy. A major agenda of the talks is threshing out the draft and contents of the Comprehensive Agreement for Social and Economic Reforms.