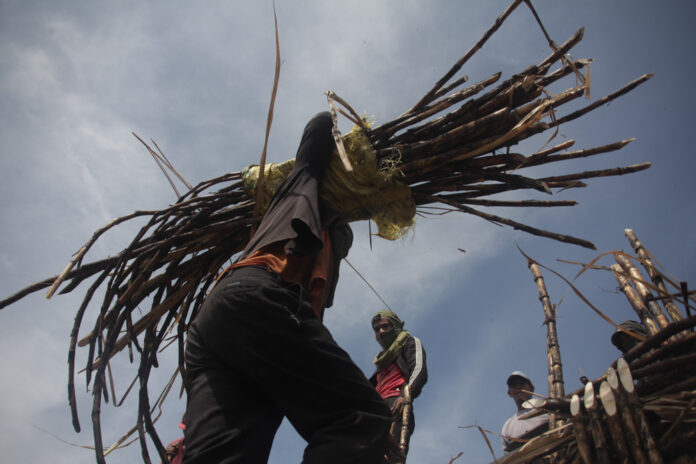 PAN Asia Pacific (PANAP) and the Asian Peasant Coalition (APC) are declaring the 29th of March as the “Day of the Landless”. Coordinated activities are being organized by different groups to mark the said date, which is part of the launching of the regional campaign “No Land, No Life!” that PANAP, APC and their partners are spearheading.  March 29 is the founding date of the APC. (Know more about the “No Land, No Life” campaign here)

Among the groups leading the initiative is the Peasant Movement of the Philippines (KMP), which has been waging a struggle for genuine land reform in the country and address peasant issues as detailed in the following account. *

Agapito Ijalas is a 57 years old man who grew up in Pantaron village, Sto. Tomas, Davao Del Norte in Southern Philippines. Ijalas started working in the farm at the age of nine to help his father to plant rice and corn and were tenants under the Royo and Francisco families. From 1980s until 1994, Ijalas was planting rice and corn on more than one hectare of land until his landlord entered into a contract-growing arrangement and the farm was converted into a banana plantation.

Today, Ijalas earns a living by peeling rejected bananas used for feeds and sells these at Php4 (USD .09) per kilo to packing plants where harvests are processed for packing. The buyer that has rejected the bananas gets to set the selling price. Ijalas earns only Php 500 (USD 11) per week during peak season, but during rainy season, he earns nothing.

Ijalas’ situation is a reflection of the condition of the rural people in Pantaron village. The conversion of their rice, corn and coconut farms into banana plantation rendered them helpless in providing the basic needs of their families. The contract-growing program has intensified the feudal exploitation of the farmers and farm workers. Today, majority of the people in Pantaron village are working as agricultural workers in banana plantations.

Meanwhile, the NEH-Philippines financed the GAPADARO (Galapin/ Parami/ Dano/ Romero) Banana Growers Multipurpose Cooperative to expand in Pantaron village in 2005. NEH also expanded as a buyer. In early 2007, GAPADARO ceased operations in Pantaron due to farm management problems. NEH worked with Gapadaro in recovering the farm and in June 2009 GAPADARO farm management was turned over to NEH at Packing House 84 (PH 84) in Pantaron. The Yoshida Farms, meanwhile, was also convinced to enter into arrangements with NEH.

In contract growing, the corporation dictates the whole production process—from what, where, when and how to plant to harvesting, packing and delivery. The growers shell out the cost of production while the corporation buys the produce at its stipulated price.

Before, farmers were deeply indebted to landlord-traders. Every planting season, a farmer would borrow from traders for production expenses, and the loan inclusive of 25% interest rate would be paid after four months or during harvest.

The farmers were surprised to learn after the first time they harvested bananas that aside from the debts that NEH paid for, the company also deducted items such as stalk disposal, farm maintenance, and ‘rehabilitation’. Principal payment plus an ‘old loan’ and NEH’s applied interest are also dubious deductions from their earnings.

Yoshida Farms is implementing a one-peso higher minimum wage from the minimum wage in Davao as prescribed by the Department of Labor and Employment (DOLE), amounting to Php 292 (USD 7) per day for a regular worker. A regular worker works six days per week and receives his or her salary every 15th or 30th of the month.

Workers of Yoshida Farms said that mandated benefits as well as income taxes are deducted from their salary twice a month but the management cannot show proof of its remittances. Worse, women hired as packing crew only work for four days per week with a minimum daily wage of Php292 (USD 7). Still, there are cases where agricultural workers are receiving below minimum daily wage amounting to Php170 (USD 4) without benefits and are casuals.

Majority of the people in Pantaron village depend on land and agriculture, but the entry of Yoshida Farms, NEH-Philippines and other local and foreign corporations has facilitated corporate control of the resources of the village and turned the farmers into low-paid agricultural workers.

Four agricultural workers at Yoshida Farms, ages between 22 and 27 years old, said that they apply pesticides on bananas without any protective gear. Aerial spraying is being conducted once a week.

Since the Yoshida Farms and NEH came to Pantaron, the residents complained of the quality of water. Before, the people got their drinking water from a water pump and each sub-village had one water pump. When the banana plantation was established, the residents observed that the water had a different taste and they could no longer drink it. They believe that this was due to aerial spraying of pesticides.

The agricultural workers are fighting for their rights and have formed the Yoshida Farms Labor Union (YFLU) in June 2011. The YFLU had a Collective Bargaining Agreement (CBA) in November 2011, but it was violated. In January 2013, the management implemented the CBA.

In a meeting between the YFLU and the management on February 26, 2013, the latter declared that it was stopping its operation, citing the low dollar-exchange rate and the debt of workers to NEH-Philippines amounting to Php1.3 million (USD 29,348). NEH-Philippines will take over the operation, and has offered a separation pay where for every three years of service, workers will be paid a measly Php3,504 (USD 79). The union refused the offer and accused the management of union busting.

They held a series of negotiations with the management but to no avail. This has resulted to a strike on 8 March 2013. The union filed charges of union busting and claimed that if NEH would take over the farm, the workers will be absorbed as contractual workers and would be paid a daily minimum wage of only Php180 (USD 4). As of this writing, the strike is ongoing.

The entry of foreign investments which facilitate agribusiness land deals are widely supported by the Philippine government through the neo-liberal policies, making it equally responsible for land grabbing by Yoshida Farms and NEH-Philippines, which is done through ‘contract growing’ and ‘leasehold schemes’. This situation has further aggravated landlessness, food insecurity, poverty, and loss of livelihood especially in the rural areas.

The farmers and agricultural workers have demonstrated the necessity of organizing themselves and educating all the people to wage the struggle for genuine agrarian reform. The continuing foreign control of farmers’ lands in Pantaron village highlights this political necessity and the urgency of genuine land re-distribution and re-orienting production planning for the full benefit of the local community and society. #

* This article was researched and originally written by KMP for the book “Building Community Resistance against Land Grabbing: Documentation of Cases in Selected Communities in Indonesia, Sri Lanka, Pakistan, Malaysia and the Philippines” which PANAP published in 2013.