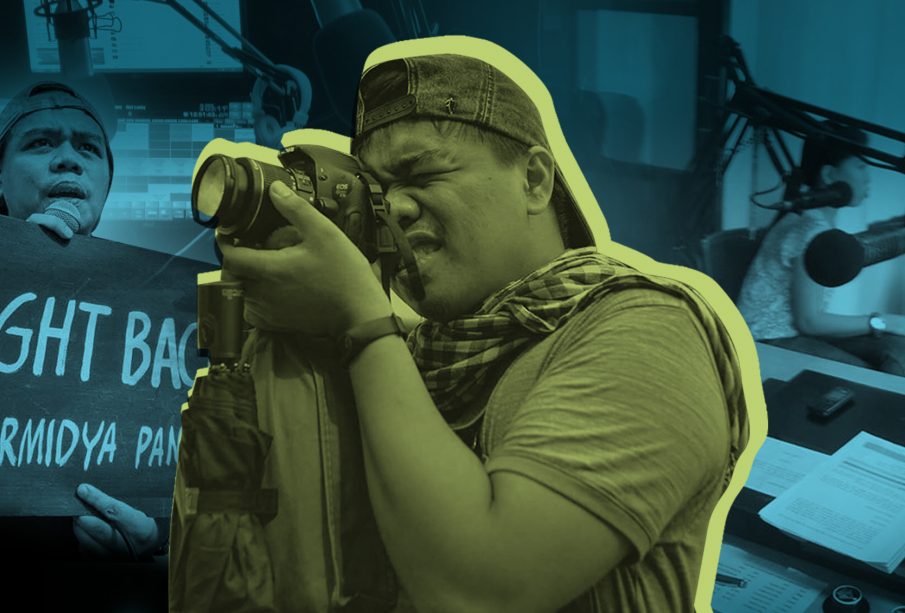 While the Duterte regime is failing to flatten the curve of the coronavirus’ spread, it is accelerating the curve of another mounting pandemic afflicting the nation – the pandemic of impunity.

State forces are relentlessly pursuing attacks against the freedom of expression and of the press, mere days after mounting its most massive offensive yet – that of shutting down the largest media network in the Philippines, ABS-CBN.

The month of May ushered in a deluge of new attacks, not only to the media community, but also even to Filipino citizens, many of whom were only performing civic duties by mounting relief efforts for those severely affected by the COVID-19 lockdown.

On April 30, Bayan Muna Iloilo coordinator Jory Porquia was shot dead by unidentified armed men in his rented home at Arevalo in Iloilo City. Porquia was heading several relief missions in Iloilo City days before his death. In the aftermath of the gruesome killing, family, supporters, and progressive groups mounted a caravan to call for justice – yet that caravan led to the arrest of 42 activists, including seven community journalists.

The attacks in Panay even escalated after Porquia’s death. Reports of surveillance of activists grew in the past days. One of the key incidents involved Panay journalist John Alenciaga, who was the subject of several vilification posts in social media by suspected state agents, tagging him as a member of the Communist Party of the Philippines.

This is not the first time that Alenciaga became the subject of such attack. Back in 2018 and 2019, Alenciaga was repeatedly included in several online and physical posters accusing him and several others as being a “terrorist” and “extortionist.” In November 2019, he also reported being tailed by two men who followed him throughout the day, even to his doctor’s appointment.

The latest online poster against Alenciaga that circulated after the mass arrest of Iloilo 42 read, “fake media”, with a photoshopped photo of Alenciaga wearing a red hammer-and-sickle bandanna.

We in the Altermidya Network fiercely condemn this nonstop harassment against our colleague. Alenciaga is the Panay coordinator of Altermidya, and is among the tireless community journalists in the region. He is also an editor of Panay Today and the weekly anchor of the radio program Dampig Katarungan aired over Aksyon Radyo Iloilo. Like his colleagues, he is active in reporting issues faced by communities in Panay, regularly raising the alarm on human rights violations and abuse of power in the region.

Elsewhere, the attacks continue to escalate. Mere days after the commemoration of World Press Freedom Day, Dumaguete City radio anchor Cornelio Pepino, better known as “Rex Cornelio,” was shot dead by unidentified men on May 5 while he was on the way home. Cornelio is known for being an ardent critic of the local government of Negros Oriental, exposing in his radio shows various issues of overpricing in government projects and other anomalies.

At the national level, state forces are adding insult to the injury in the aftermath of the ABS-CBN shutdown. On May 8, the National Task Force to End Local Communist Armed Conflict (NTF-ELCAC) posted “info materials” against ABS-CBN and Rappler’s Maria Ressa– a malicious and treacharous propaganda attack against the two media outfits.

In later pronouncements, Communications Secretary Martin Andanar admitted that the posts containing false information about Maria Ressa and ABS-CBN were shared by official social media accounts of state agencies “without the usual vetting” process. But the vilification has already been done.

Palace spokespersons are quick to denounce people and groups whom they say are spreading “disinformation in the time of the pandemic.” Yet it is the Duterte administration itself that is guilty of such, and much more. Not only has the administration cut the main source of information and news for many Filipinos by shutting down ABS-CBN, but state forces have literally cut and endanger lives of those who only seek to report what’s happening on the ground.

We in the independent media continue to reaffirm our commitment: we will not back down from reporting the truth. As the attacks escalate, so should our dissent. We shall flatten the curve of impunity through our resolve to fight back!