Home NEWS Public let down, angry with delayed, long-awaited Duterte speech that did not... 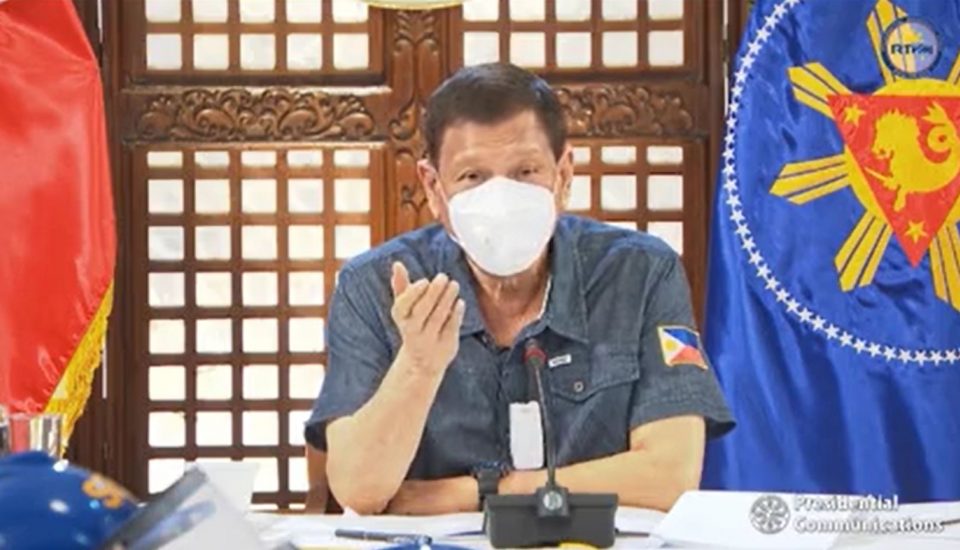 President Rodrigo Duterte’s pre-recorded and delayed speech aired at 8am on May 12 and lasting for about 45 minutes did not announce the fate of enhanced community quarantine (ECQ) in Metro Manila and other areas. The imposed lockdown is supposed to end on May 15, Friday, after the second two-week extension.

Only three days left in almost two months of lockdown, talks of extension were still rife. The ECQ kept on being extended as cases continue to rise and mass testing is still being worked on after almost 60 days of lockdown and almost three and a half months since the first COVID-19 case in the Philippines. Also, distribution of the first of government financial aid of P5,000 to 8,000 (less than a month’s minimum wage P10,000 to P12,000) has yet to be completed since it was announced during the last week of March.

The testing target capacity of 8,000 per day was hit yesterday, reported by the Department of Health, 10 days later than its target. The next testing target of the National Task Force COVID-19 (NTF), the body leading the government’s response to the COVID-19 outbreak in the country, is at 20,000 per day by May 15 and 30,000 per day by May 30. Testing in the country stands at only 0.1% of the population tested and positive cases at 10% of all tested. The Department of Health read this as “starting to flatten the curve” since the positivity rate has fallen within the 10% positivity rate benchmark of the World Health Organization (WHO) that countries should target to continue to curb the spread of the disease.

It has been an almost four-day wait, since prospects of extension were usually talked about and announced a week before the present deadline or extension lapsed.

Since Friday last week, the public has been waiting on whether the lockdown or ECQ in the National Capital Region (NCR) and other areas will be lifted, following notice that Metro Manila mayors will talk on Saturday to extend ECQ in NCR for another month or until June 15.

After the Metro Manila Council meeting on May 9, they announced that they are forwarding three recommendations to the Inter-Agency Task Force on Emerging Infectious Diseases (IATF), policy making body of the NTF and would let the IATF decide. The recommendations forwarded were:

– extension of enhanced community quarantine (ECQ) for two more weeks (maximum) after May 15;
– general community quarantine (GCQ) for “until whenever necessary” ; or
– a combination of the ECQ and GCQ in particular areas, but mayors will be allowed to place some barangays under lockdown if needed.

On Monday, Duterte was expected to announce whether the ECQ is extended or lifted to a general community quarantine (GCQ) or the “new normal” where parts of the economy will be opened up. However, after up until late at night waiting, the government announced that the president’s speech will be aired on Monday at 8am.

It was announced after the speech that Presidential Spokesperson Harry Roque will hold a press briefing at noon, or over three hours after Duterte’s speech.

After the president’s speech that contained mostly rants and rambling about the New People’s Army, people were left confused, disappointed or angry with the lack of information about the ECQ.

me wasting my 45 mins waiting for his announcement about ecq, plans, and mass testing only to end up hearing some random kanto boy talks and his never ending hatred toward npa

Okay President Duterte. Now, can we get to the point about the ECQ, and your thorough plans of mass testing, vaccine, and goods assistance? Tama na ang humorous statements, kasi nakakaasar na. Saka na lang po

Filipinos: Is ECQ extended or not?
Duterte: *talks about NPA*
Coronavirus:#ECQSeason4 pic.twitter.com/RBf1VjPGc5

Duterte government still in denial that the country is still in its first wave of infections, and based on the data it's not going away soon. DOH is lying through its teeth when they claimed it's flattening; both trends of new cases and active cases are increasing. #COVID19PH https://t.co/ve7Nn3Rv7V

Thank you, Duterte, for an another 45 minutes of wasted time. Thank you for not giving us concrete plans… AGAIN. You never fail to fail us. #ECQSeason4 pic.twitter.com/WR8bkG61CV

Even Philippine Star dropped verbatim live tweeting and their tweets during the president’s speech shared the context and the experience:

President Duterte rambles and rants for several minutes against the NPA during an IATF meeting meant to discuss and announce community quarantine measures for the deadly COVID-19 pandemic that has claimed thousands of lives.https://t.co/To8D1ytnNx