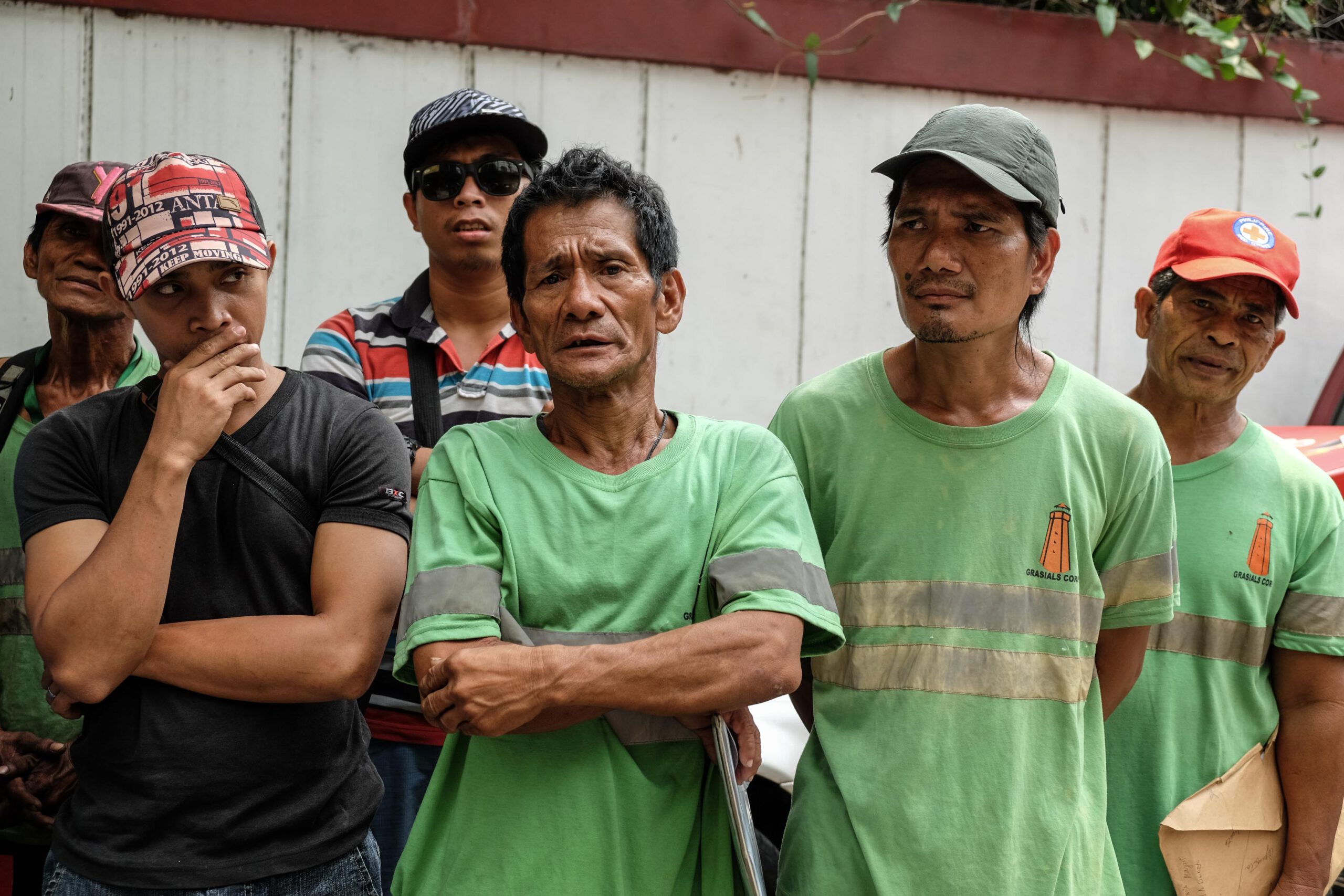 Manila Harbour Centre workers led by Samahang Manggagawa sa Harbour Centre trooped to Department of Labor and Employment National Capital Region’s (DOLE-NCR) Office in Manila on March 14 to reiterate their demand that they be regularized. The picket protest was in time for a hearing with manpower agency Grasials Corp. on the dock workers’ complaints on labor and occupational safety standards, and contractualization.

Bello added that DOLE has identified Grasials Corp. as an illegal manpower agency because it is not registered with the labor department, which the workers thought is a heavier reason for the Harbour Centre Port Terminal, Inc. to hire them directly. He also said that all piers in Manila have regular workers with the same work as theirs except for Harbour Centre.

Bello assailed the manpower agency’s treatment to its workers.

“Gusto naming ipaalam sa DOLE ang ginagawang pagsasamantala at matagal na panahon ng kanilang (agency) panloloko sa amin (We want to inform DOLE of the long-time exploitation and deception by the agency of us workers),” said Bello in his speech during the protest in front of DOLE-NCR.

He added that the agency started to cut down workers in a team of workers unloading cargo per ship.

In January, Harbour Centre workers filed a complaint in DOLE against Grasials Corporation. The manpower agency was required by DOLE to submit several documents to give them a chance to answer the workers’ complaints and DOLE’s findings on its initial assessment in order to their recommended action on the workers’ complaints. DOLE representatives made an on-site inspection on January 13 and 17.

Underpayment of wages, overtime pay and 13th month pay, delayed salary, no payslip, no meal breaks, non-remittance of SSS, PhilHealth and Pag-ibig, non-provision of Personal Protective Equipment (PPE), no fire safety inspection certificate, no safety and health committee no trained safety officer, and no emergency medicine are among DOLE’s findings on General Labor Standards (GLS) and Occupational Safety and Health Standards (OSHS) based on their premises inspection and interview with workers.

However, on the issue of security of tenure or contractualization, another hearing needs to be set.

Grasials have already twice requested an extension on their deadline to comply to the submission of required documents. They are given until March 30, 2017 to comply.

On the other hand, workers insisted that the DOLE let the workers face Grasials management to let other workers air their sentiments. DOLE’s Nicandro Estrella who handles the GLS and OSHS case agreed to the workers’ demand.

During the meeting, Estrella apologized to the workers’ representatives for the delay as he said they need to go through the process.

Grasials Corp. representative Beth Concepcion who was present during the meeting/hearing refused to give any comment.

“Huwag tayong umasa sa mga hearing na ’to, bagkus ay umasa tayo sa pagkakaisa nating mga manggagawa at lalo pang palakasin ang ating hanay para makamit ang ating inaasam na regularisasyon (We should not rely on these hearings, rather we should rely on our unity and further strengthen our ranks to fight for regularization),” said Bello addressing his co-workers after the meeting.