Home CULTURE The right to live 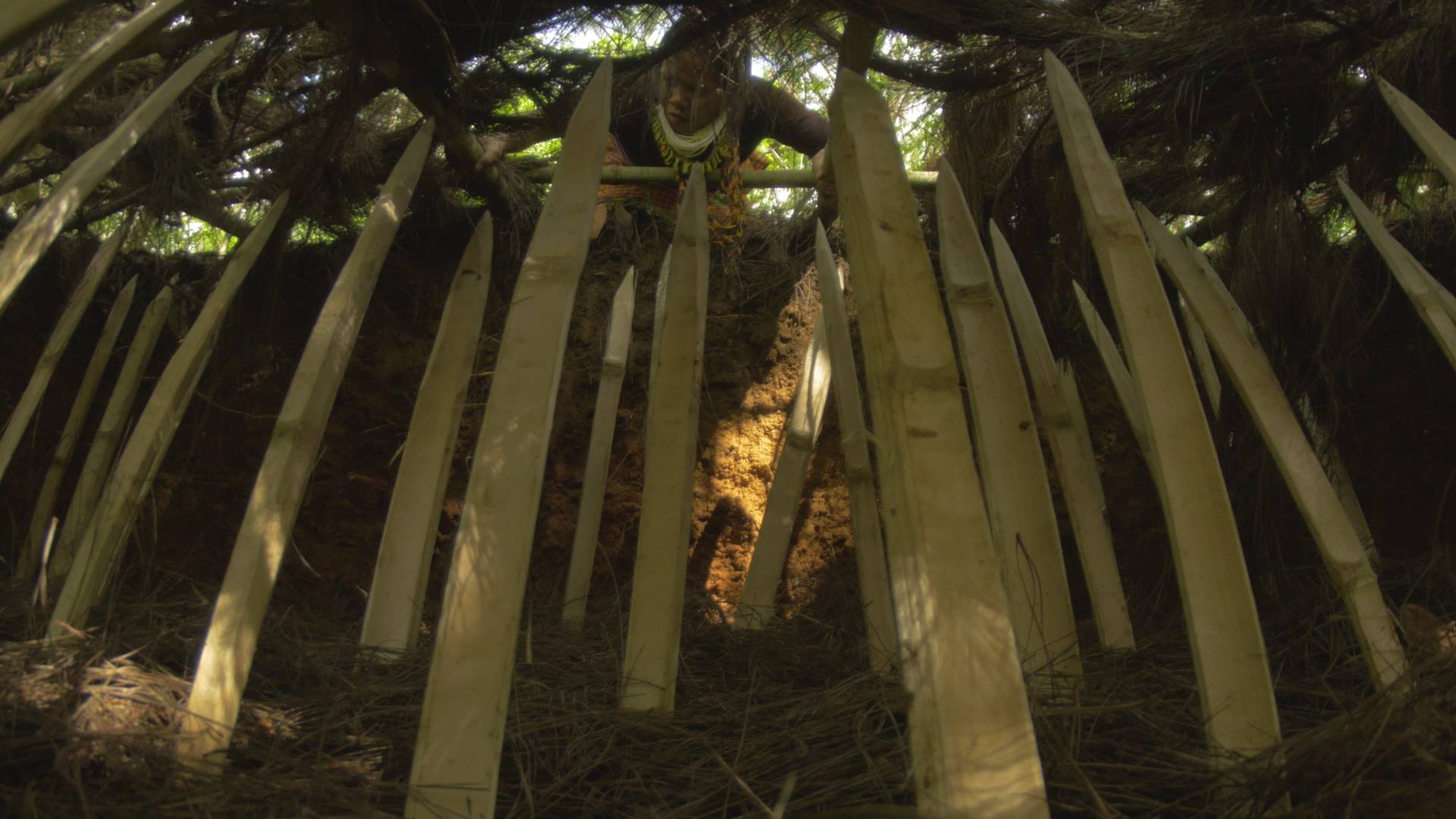 In the time of an all-out war in the countryside, the screening of Tu Pug Imatuy (The Right to Kill) in Metro Manila cannot have had better timing.

On March 9, the start of the screenings of Sinag Maynila films in four major cinemas, President Duterte verbally instructed the military to “Go ahead, flatten the hills” amid the ongoing all-out war and counter-insurgency operations of the Armed Forces of the Philippines (AFP) against the New People’s Army (NPA). He even said “Collateral damage, pasensya (sorry)” in an utter disregard for civilian lives caught in the war. At least two (2) incidents of aerial strikes on civilian communities were reported since his pronouncement in front of military and police personnel, but Save Our Schools Network have denounced AFP aerial bombings even before March 9.

And here comes Tu Pug Imatuy, a film woven from the various stories of experiences of Manobos in Mindanao caught in the war. Caught in the war not for being in the line of fire, but for their stake in their ancestral land. Their claim to their ancestral land has forcibly taken them to war where they are one party, for the big logging and mining corporations protected by military and government have tried to usurp the land, destroy virgin forests and flatten mountains, contaminating other lands and all the waters—results of these can be seen in the beautiful imagery of the film. The 48-year civil war is another real event in the film that is the bigger strand woven to the story in focus.

The folklore of the “sagasa” painted the Manobos as ethereal guardians of the forest, as lethal and deadly as characters in the myths of the supernatural—a beautiful metaphor in the film. For in real life, the will to survive may be as lethal to those who persevere to deprive others of their lives. And to the Manobos, the Lumads, land is life and they would defend it with their lives.

The film smarts with some technical hiccups of too little importance compared to the palpable weight of the story, one that the audience would know to be based on real events from the beginning. It was easy to disregard the flat portrayal of the military, as they might have been sketched from the Lumads who lived to tell the stories. It would be hard not to empathize with the Manobos, pine for their survival through their hardships in the hands of the military that already overshadowed the challenging lives they have been living all along—no hospital, no school, no social services, no infrastructure, no livelihood or agricultural support—as shown in the beginning of the film.

The film portrayed the resilience of the real Obunay, an elderly Lumad woman who in 2014 crossed paths with the military in the hind of the Pantaron rage and was arrested, forced to become a guide, stripped and walked naked, molested, hogtied and fed scraps. The film celebrated the namesake protagonist Obunay as nurturer, producer and warrior, also in perfect timing with Women’s month.

The events that inspired the film happened during the administration of Benigno Simeon Aquino III, but why is it not a surprise that such long-standing injustice that continue to this day. In the time of Aquino rose killings and forced evacuation of Lumad, all related to opposition in mining activities in their ancestral lands. Indiscriminate aerial bombings were also carried out in the time of Aquino, as we would find out in the film and go on to understand that these happen even without pronouncements for the sake of swagger. It would not be a surprise as well if such injustices inspired a 48-year war.

It is still this time when the dominant media reportage in news of the civil war have not gone past the “he said, she said” or most of the times the report from the establishment. When war numbers are unchanging or unverified for years on end. When NPA “punishment activities” of abusive corporations for either the harassment of people or of activities destructive of the environment as part of its “governance functions” remain reported as “extortion activities” or what-nots. When since the peace talks resumed in August 2016 there have been quite more efforts to analyze the issues underlying peace talks, but remain a short-term amnesia on the belligerency status of both governments engaged in peace talks. When the people’s aspirations for social change and social justice remain the collateral damage in the blur of copious details, differing assertions, and unfulfilled promises. Just and lasting peace remains elusive when the only object of government is to defeat its enemy, without delivering justice to the people. Peace is not the absence of war, but the eradication of the situations that lead guileless, unarmed peasants and poor to take up arms. These are the gaps in the elusive peace story of society the film could help fill. Otherwise, one can go to the countryside to witness the situation and not be confined with information from a box.

When President Duterte unequivocally supported the peace talks and the major reforms that it could bring in the country, so did his supporters in his party and administration in government and his die-hard supporters in the social media sphere. Impulsively as he turned his back on the peace talks due to AFP combatants who became casualties of war, followed suit his followers while the (acting) dignified displayed a veil of silence in exchange for their initial strong support or bubbly enthusiasm.

The film would go on to win almost all major awards in the second offering of Sinag Maynila. Now it needs to reach the broadest audience possible, to possibly at least diminish the ranks or influence of old and new warmongers.

While its timing now is perfect, the film’s place is indelible. For after 48 years of civil war we still try to comprehend when sometimes for a guileless, unarmed Obunay, the right to live meant the extermination of a malevolent force (the right to kill).