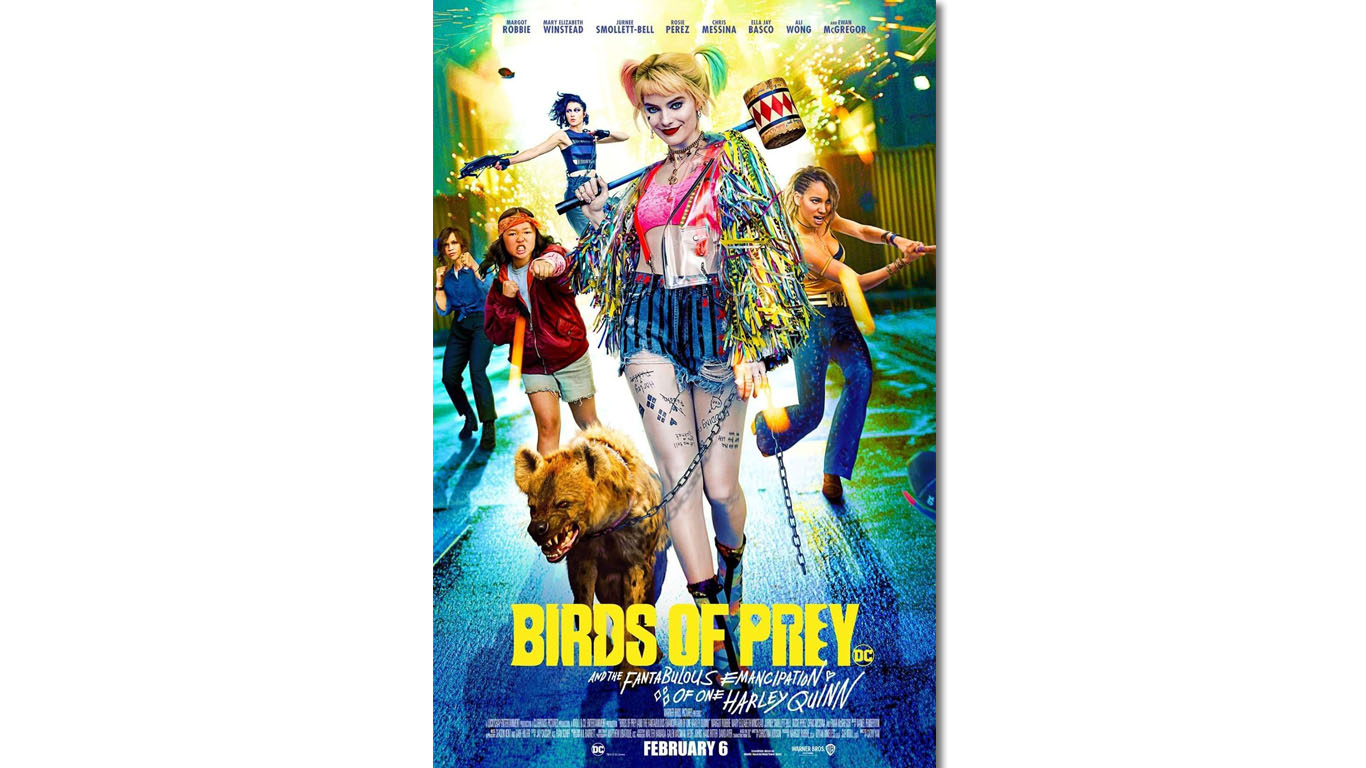 Margot Robbie’s Harley Quinn is dumped by Joker and she announces it to the world by blowing up Ace Chemicals where the two started their relationship. It puts everyone she wronged on her back now that she no longer has immunity as the Prince Clown of Crime’s beau. She saves her ass almost each time, except from this movie’s supervillain Roman Sionis aka Black Mask (Ewan McGregor). She bargains for her life with Sionis, who tasked her to fetch a diamond that is the key to a murdered Mafia family’s long-lost fortune. But Sionis, determined to punish Quinn, put other mercenaries on the same chase. She meets her new squad in this hunt when they were forced to cooperate when Sionis moved to personally get the Bertinelli diamond himself and dispatch the five females.

A follow-up to DCEU’s 2016 Suicide Squad is this standalone story about Joker’s girlfriend. Quinn was also played by Robbie in 2016, and she was the clear standout in the gang of villains movie. The movie is decidedly and consistently Harley Quinn—giving in to Quinn’s anarchism, nihilism and madness and her reckless neon-burst frolic in basically everything she does. Even the fight scenes are her own, choreographed with her favorite bat and mallet, which is the only way we see Quinn being able to fight her way out. The movie has a distinct visual style that leans into Quinn’s personality. Many chaotic scenes still feel coherent to where the story is going.

The story is easy to follow despite Quinn’s nonsequential narration and it provides background to the other characters in Quinn’s unlikely squad, just enough to say how they were drawn in to the explosive escape action sequence to follow. The other females in the ensemble need to be mentioned at this point – bypassed detective Renee Montoya (Rosie Perez), club singer-turned-driver for Sionis Dinah Lance aka Black Canary (Junree Smolett-Bell), crossbow vigilante Helena Bertinelli aka Huntress (Mary Elizabeth Winstead) and young pickpocket Cassandra Cain (13-year old Ella Jay Basco).

The other females in this kick-ass amusement is director Cathy Yan and screen writer Christina Hodson. Robbie also served as the film’s producer and was said to have pitched the idea for the film after Suicide Squad.

The gender identities of the female squad were unabashedly and impetuously shared in the film (while only in the background mostly). Quinn’s dating history before Joker included women. Montoya had a girlfriend with whom she separated on bitter terms, but could have started out lovingly at work.

After making lower than expected in US box office, the DC Extended Universe (DCEU) movie title Birds of Prey (and the Fantabulous Emancipation of One Harley Quinn) was switched up to Harley Quinn: Birds of Prey. The movie is not connected to the very serious and dark stand-alone Todd Phillip’s 2019 origin story movie Joker of critical-acclaim (can this be said now?) and award-winning turn for Joaquin Phoenix in the titular role.

This is the second R-rated comic book adaptation film for DCEU, after making history with Joker being the first R-rated film to cross the US$ 1 billion-mark. However, while DC may be trying to dominate that bracket as Marvel would not make movies beyond PG-13, the same rating could have prevented many more to see the film while the movie did look and feel like a cartoon. Many things could have been tweaked for the general audience, but maybe that would make it less of Harley Quinn.